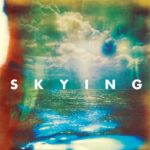 The Horrors’ third full-length album Skying built on the great leap forwards of 2009’s Primary Colours, which was probably the most surprising musical reinvention of the noughties. But where that album was sepia-tinged in its outlook, Skying chose to trip the multi-coloured light fantastic, an album of nuances and contrasts compared to the monolithic beast of Primary Colours. Layers of arpeggiated synths were built in alongside the hypnotic guitar soundscapes and motorik rhythms, giving proceedings a distinctly lysergic feel. Lurking at the centre of the album were the twin combustion engines of ‘Moving Further Away’ and ‘Still Life’, providing the highlights where most albums sag. This time around, the pressure was on: the world had come to expect this level of vision and ambition from The Horrors’ music, and it felt wonderful to have all those expectations matched, if not surpassed. (EB) (LISTEN) 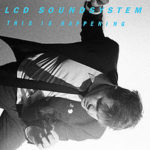 James Murphy, as frontman of LCD Soundsystem and founder of the ultra-hip DFA imprint, did so much to define the noughties, and announced that he would call it quits with the group’s third album. As if to confirm that there really would be no encores, it was bluntly titled This Is Happening. He and his band would easily have been forgiven for making it a perfunctory victory lap of an album, but – the delicious bastards – they turned in a final, tantalising reminder of their total brilliance. From the creeping beat of ‘Somebody’s Calling Me’, the slow-burning ‘Dance Yrself Clean’ and ‘I Can Change’ to the tottering ‘Drunk Girls’, it was full to the brim with career highlights. An epic farewell show at Madison Square Garden followed roughly a year after its release, and it was all over. Very nearly, but not quite, as perfect as 2007’s Sound Of Silver – but then again, very few things are. A fitting epitaph to one of the greatest bands of the last 25 years. (EB) (LISTEN) 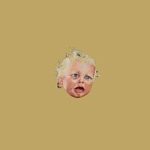 To Be Kind, the second of back-to-back masterpieces for Michael Gira’s rebirthed project in the new decade, turned out to be even more exhilarating and exhausting than The Seer two years previously. Gira’s compositions sounded like very little else on this earth, the long, droning riffs and layers of clanging percussion that unwound with the painstaking calculation of a piece of classical music, sharing more in common with musique concrète and obtuse art-house acts like Einsturzende Neubauten. ‘Just A Little Boy (For Chester Burnett)’ and, in particular, the imposing 34-minute ‘Bring The Sun / Toussaint L’Ouverture’, were like metallic structures subjected to white-hot heat and buckling under unbearable pressure, morphing slowly into something beyond mere music and tapping into man’s primal instincts. This was big music for small spaces. But, having utterly crushed everything in its path, Swans were careful to construct their own edifice in its place, Gira’s alternative vision for guitar music. Somehow, no other music sounds as good just after it’s finished. (EB) (LISTEN) 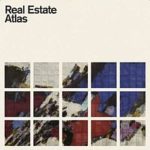 Just like their previous album Days, Real Estate consciously attempted to make Atlas as close to their live experience as possible. Pitched somewhere between psychedelia and twee, it channelled its gentle indie influences such as Television and R.E.M. into something truly wonderful. The bright, intertwining guitar melodies formed seemingly modest, innocuous soundscapes that, if we’re honest, seemed very pretty but not that notable upon first listen. Very soon afterwards, we found out that these ten tracks, in particular the drop-dead beautiful ‘Had To Hear’, truly had the power to disturb both the conscious and the unconscious mind – we still haven’t got them out of our heads! Martin Courtney’s soft, yearning vocals suited the subject matter: the band were reaching the end of their twenties, settling down and starting families, with all the responsibility and anxiety that comes with that. Atlas was an album of such forlorn grace and depth that you could listen to it endlessly and still uncover hidden treasures. (EB) (LISTEN) 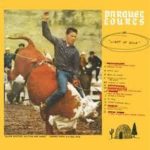 Though it reached a much bigger, international audience when it was reissued in 2013, New York’s Parquet Courts came to underground prominence with the cassette-only release of Light Up Gold in 2012, a combination of slack indie and taut post-punk so glorious that you wonder why nobody else bothers to try it more often. The foursome came across as your classic college dropouts, casting a cynical eye on the world when they’re not too busy curing their munchies. It sounded like the work of a band whose individual members had each discovered their own way of playing their instruments, throwing everything together in one take with little regard for polish or professionalism. Light Up Gold was brilliant precisely because it sounded so heroically amateurish and spontaneous – it sounded like there was no risk of them overcooking their ideas by faffing around in post-production. The joyous two-chord romp of ‘Stoned And Starving’ and the false stops and starts of the frenetically angular ‘Borrowed Time’ were some of the tightest arrangements in guitar music this decade, belying the lo-fi sound quality. In this way, Parquet Courts understood the innate qualities of the best American indie records throughout history, from The Modern Lovers and R.E.M. to Pavement and The Strokes: innocuous, effortless cool is an extremely valuable quality. (EB) (LISTEN) 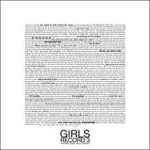 The highest-ranked album in our list by an artist that doesn’t exist anymore, Father, Son, Holy Ghost was the second album by San Francisco’s now-defunct duo Girls. Singer and songwriter Christopher Owens, now in the middle of a solo career, is one of the most interesting characters in music, having only begun writing songs and playing the guitar at 28. His rootless youth, spent across the world because his parents were members of the travelling Children Of God church, is the subject of much of Father, Son, Holy Ghost. The strange sensation was one of all the musical ingredients being utterly familiar – Owens and bassist Chet White were indebted to the classic rock of the ‘70s, psych-rock of the ‘60s and surf-pop of the ‘50s – but of the end result being totally unique. Owens’ songwriting on the likes of ‘Vomit’ and ‘Saying I Love You’ was disconcertingly honest and gracefully nuanced, which lent their music its massive emotional power. It turned out be the epitaph for Girls, as Owens abruptly called time on their brief but bright career in 2012 with the revelation that his relationship with White had been fraught with tension for some time. But they left a small legacy of two superb albums – Father, Son, Holy Ghost is the superior effort, and one of the most oddly affecting records of the last decade. (EB) (LISTEN) 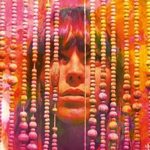 French musician Melody Prochet’s debut album was produced by her boyfriend Kevin Parker of Tame Impala. The hazy, lysergic feel may have been indebted to Parker’s qualities behind the desk, but every other breathlessly perfect moment on Melody’s Echo Chamber was down to Prochet’s songwriting and innate sense of (ahem) melody. Despite the exploratory nature of the music, which could easily have drifted off into progressive territory, her band kept it all tightly contained within digestible pop structures. From the ecstatic high of sugar-coated opener ‘I Follow You’ to the daydreaming closer ‘Be Proud Of Your Kids’, there was not a moment that wasn’t beautifully realised and executed with uncomplicated simplicity, with a particular nod to the lush keyboard dreamscape of ‘Quand Vas Tu Rentrer?’. But the dream-like psychedelia was not designed to blow open the ‘doors of perception’ to the outside world; it was introverted, about self-discovery and personal revelation, about retreating to innocence as a method of emotional healing. (EB) (LISTEN) 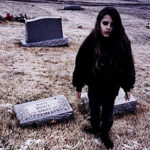 Their fantastic first album was one of the most uncompromisingly singular visions for electronic music in quite some time, and on their second album Crystal Castles decided to excavate that rich seam even more extensively, presenting their inherently limited sonic palette as a gallery of various moods. Two singles highlighted the subtle change-up with CCII: ‘Doe Deer’ is an even more disgustingly degraded version of ‘Alice Practice’, while ‘Not In Love’ (later re-recorded as a single with The Cure’s Robert Smith) and ‘Baptism’ were moments of crystalline beauty that showed Crystal Castles to be capable of great emotional honesty. On the rougher songs, the over-revved distortion can’t disguise the melody, but on the quieter ones Ethan Kath takes care to let Alice Glass share the spotlight for her spectral, crumbling vocal parts. While it missed the wild mood swings of the first record, the kind that reflect Glass’s highly volatile onstage persona, it was of a greater consistency overall. The simple structures showed that Crystal Castles might conceivably be interpreted as a pop band, albeit a seriously fucked-up one. (EB) (LISTEN) 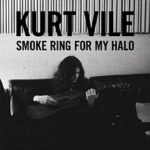 When a prominent member of a band goes solo, it can be like a divorce. Nobody with emotional investment likes to admit it, but one side usually ‘wins the breakup’. But Kurt Vile’s split from The War On Drugs didn’t prevent both sides from making not one, but two spectacular records that have made this list. As denoted by the record’s grainy artwork, Smoke Ring For My Halo is a soundtrack to quiet, late night reflection – Vile himself said that the lyrical content was “just me and those thoughts you have late at night when nobody is around. It is more a feeling than a statement – a general wandering feeling.” The songs’ brittle, minimalist alt-folk structures, based mainly on loosely strummed acoustic guitar but embellished with snatches of strings, allowed Vile’s lyrics to flow like a train of thought, starting out in one place but ending somewhere completely different. It was more accessible than its successor Wakin On A Pretty Daze (#74), which is why it is ranked higher here. It had hints of the widescreen sensibilities of classic American folk artists like Seeger and Fahey, but translated into a Californian bedsit apartment. (EB) (LISTEN) 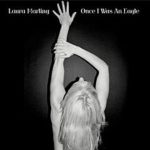 Once I Was An Eagle was Marling’s fourth album by the precociously young age of 23, and yet another that seemed so complete in its own right but suggested so much more frightening potential of even better things to come. It took the jazz-influenced, full band sound of 2011’s A Creature I Don’t Know and mixed it with some of the startling, peculiarly English bleakness of her 2008 debut Alas, I Cannot Swim. What we get is not only mature and accomplished – several of the songs blend together as suites or movements – but also bares its creator’s soul for the world to hear, full of vivid wordplay and relatable storytelling in the vein of Joni Mitchell and PJ Harvey. Recorded in just ten days, it also retained that feeling of spontaneity that animates all the best folk music. Along with 2015’s Short Movie (which will surely be on the end of the decade list!), this has been her fullest statement yet, but you wouldn’t bet against her making another, even better album before 2020! (EB) (LISTEN)