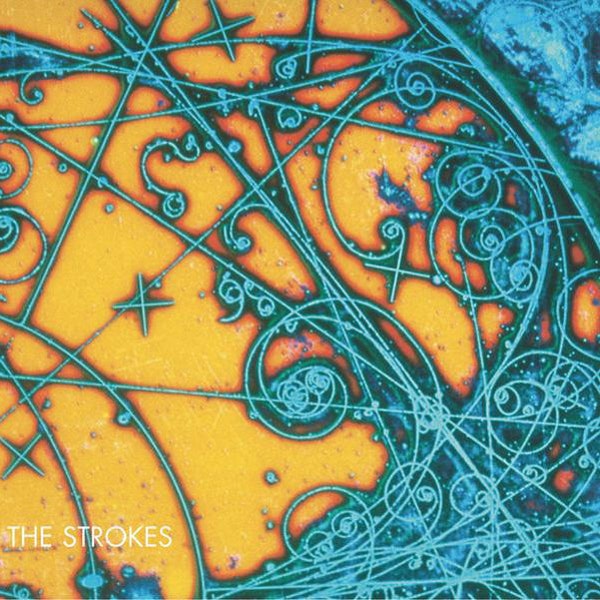 From the point of view of this writer, now in his mid-thirties and on the brink of first-time fatherhood and actual, tangible adult responsibilities, to even attempt to write objectively about The Strokes’ debut album Is This It without it coming across as some kind of hagiographic love letter or nostalgic weep-fest. So, please forgive me if this piece strays into such territory on occasion. But it seems oddly circular that this album’s twentieth anniversary should come around at such a key moment for me personally, and the life of this website at it prepares to switch from one editorial era to the next, given the influence it had on my outlook on music and pop culture in general.

Having started to get serious with my interest in pop music a couple of years before, what passed for an ‘indie’ music scene was increasingly staid and inert as the Nineties tumbled into the Noughties. Many of the Britpop dinosaurs still ruled the roost, but with the exception of a handful of post-Radiohead complaint rock newcomers like Muse coming through, it was a case of the present and future being exactly like the past – Coldplay for eternity, basically. Then, along came five photogenic, effortlessly cool New Yorkers in thrift-store jackets, battered Converses and drainpipe jeans to save us from a fate worse than Travis. Now, a cynic might point out that that’s merely the narrative foisted upon us by the NME, who undoubtedly did extremely well out of their association with The Strokes and the whole subsequent revivalist movement in the years afterward, when they were still (just about) a respectable music journal. And they’d have a point. But for a teenager living in comfortable but aggressively uneventful suburban Norwich in 2001, it meant a watershed moment in cultural consciousness.

Listening twenty years on, Is This It seems to be both a product of its time and curiously ageless. Like Nevermind or its more direct spiritual relation Ramones, it’s the kind of straightforward, energetic and singularly focussed album that will always be a source of inspiration for subsequent generations. Yes, it was musical thievery, but Oasis did the same thing and were idolized by millions, and nothing the Gallagher brothers wrote was remotely as fun as Is This It. Judging by the adoring crowd that watched their 2019 headline set at London-based festival All Points East, made up of the musicians who performed that day on top of the thousands of regular punters, there’s still an enormous amount of love for Is This It out there that can’t simply be chalked up to plain old nostalgia. It was clear that, while The Strokes themselves looked like a bit of a museum piece, their debut album is still more of a living document than a relic, even in 2021.

You can also argue the toss as to whether the impact that The Strokes had was beneficial or not in qualitative terms. Knowledgeable and passionate journalists like John Doran at The Quietus or John Robb at Louder Than War have been credibly arguing for ages that their success was one of PR and style over substance, and that the legacy of Julian Casablancas and co. has been little more than expensively educated white guys with guitars getting more and more exposure in the music industry – think The Vaccines, writ large. Certainly, The Strokes’ failure to record much else of note subsequently would appear to bear that out. That’s not really the purview of this piece though – it can’t be denied that Is This It quantitatively had a revitalizing effect on the guitar music scene on both sides of the Atlantic.

That effect was essentially one of a ‘year zero’, one of the periodical resets that happens within popular music whereby a movement or genre clears the decks of extraneous elements and returns to first principles, reconnecting with its vital aspects and characteristics. The post-Nirvana explosion in alternative rock had begun to burn itself out in America by the end of the Nineties, as had the more self-referential and inward-looking British equivalent trend that decade. Jaded, cliched and often overly corporate, guitar music certainly needed a jolt of energy from somewhere, and The Strokes provided that with a lean, infectious and stylish debut whose quality was consistently excellent and felt fresh from beginning to end.

Is This It may have worn its influences rather obviously, but did so without cynicism and wasn’t weighed down by them. Having initially worked with Gil Norton following the announcement of their record deal with RCA, The Strokes opted for a rougher, more DIY sound generated under the aegis of producer Gordon Raphael. An intensive six-week session at the down-at-heel Transporterraum in Manhattan, during which the band would frequently record in the same room as each other so the music sounded compressed, gritty and explosive, generated roughly a dozen thematically and sonically cohesive tracks.

Is This It’s 36-minute running time is a testament to the value of deliberately leaving things imperfect. The actual sonic quality of the music on the album is not very far above the standards of what most bands would accept as demos, but it bestowed The Strokes’ garage rock sound with the charisma and style that a cleaner, more polished sound would have failed to generate. The muted, melodic opening bars of the title track ‘Is This It’, buoyed up by Nikolai Fraiture’s bouncing bassline, establishes the tone immediately. There’s a sense of purpose, confidence and self-assuredness that percolates through every note, but never spills over into anything smart-alecky or overly highbrow for its own sake.

The nonchalant groove that drives ‘The Modern Age’ – re-recorded and slowed down from the more urgent EP version released at the start of 2001 – exudes the kind of cool that can only be inherent, never studied. Striking a perfect balance between DIY and hi-fidelity, between murkiness and the mainstream, it feels like you’re standing in the room with the five Strokes as they’re playing live. Other highlights (if you can technically describe them as such, given the sky-high level of consistent greatness throughout the album) like ‘New York City Cops’ capture that same sense of spontaneous energy. Swapped out for ‘Last Nite’s B-side ‘When It Started’ on the US version of the album because of sensitivities surrounding 9/11, ‘New York City Cops’ has nevertheless remained a firm favourite with fans, as has the group’s calling card and perennial set-closer ‘Last Nite’ with its perfectly enunciated sense of adolescent ennui. The intertwined, sparring guitars of Albert Hammond Jr. and Nick Valensi on ‘Alone, Together’ and the strident, boisterous ‘Someday’ are other moments that are so perfectly realised they can’t help but bring a smile to your face.

The truth is that no amount of analysis of the actual music within Is This It can explain exactly why it was so important in 2001, and remains so beloved now. Timing did explain a significant part of its success, but it was the undeniably stylish, seemingly effortless nature of The Strokes’ execution that accounted for the album’s longevity and enduring influence. Their louche, upper-class and almost arrogant and aloof exteriors belied the content of those eleven songs, whose melodic, New Wave infectiousness was something that many try-hard practitioners of alternative rock had forgotten in the decades since punk. That quality also immediately identified the group as a product of New York City – the catchiness of Blondie, the art-school chops of Television and the buzzsaw energy of the Ramones were all in its DNA. It was, as Geoff Travis of Rough Trade (the label that released Is This It in Britain), “a distillation of primal rock ‘n’ roll mixed with the sophistication of today’s society.”

But more than just fitting into a lineage of great NYC music, Is This It served as a reboot moment for guitar-based music in its entirety, snapping an entire industry’s focus back to what was so vital about garage rock in the first place. The Strokes may not have seized the initiative, gradually stalling in their productivity after this album’s more refined 2003 successor Room On Fire, but they kicked the door down for a huge revival in guitar-based music on both sides of the Atlantic, ranging from The Libertines, Franz Ferdinand and Arctic Monkeys in Britain to Interpol and Yeah Yeah Yeahs in the States. Even today, bands like Parquet Courts, Twin Peaks and Geese take their cues from Is This It’s lithe, vibrant sense of economy and melody. Twenty years later, the material all seems remarkably fresh. Yes, obviously a track like ‘Last Nite’ is going to get certain almost-middle-aged people a bit misty-eyed, and for any subsequent guitar band it’s always been a bit obvious to drop as a frame of reference for influences, but that’s an enduring testament to the goodwill out there that still exists for The Strokes and their debut. Any smart money would be on Is This It to still be a touchstone in another two decades’ time.

Listen to Is This It by The Strokes here via Spotify, and tell us what you think below!