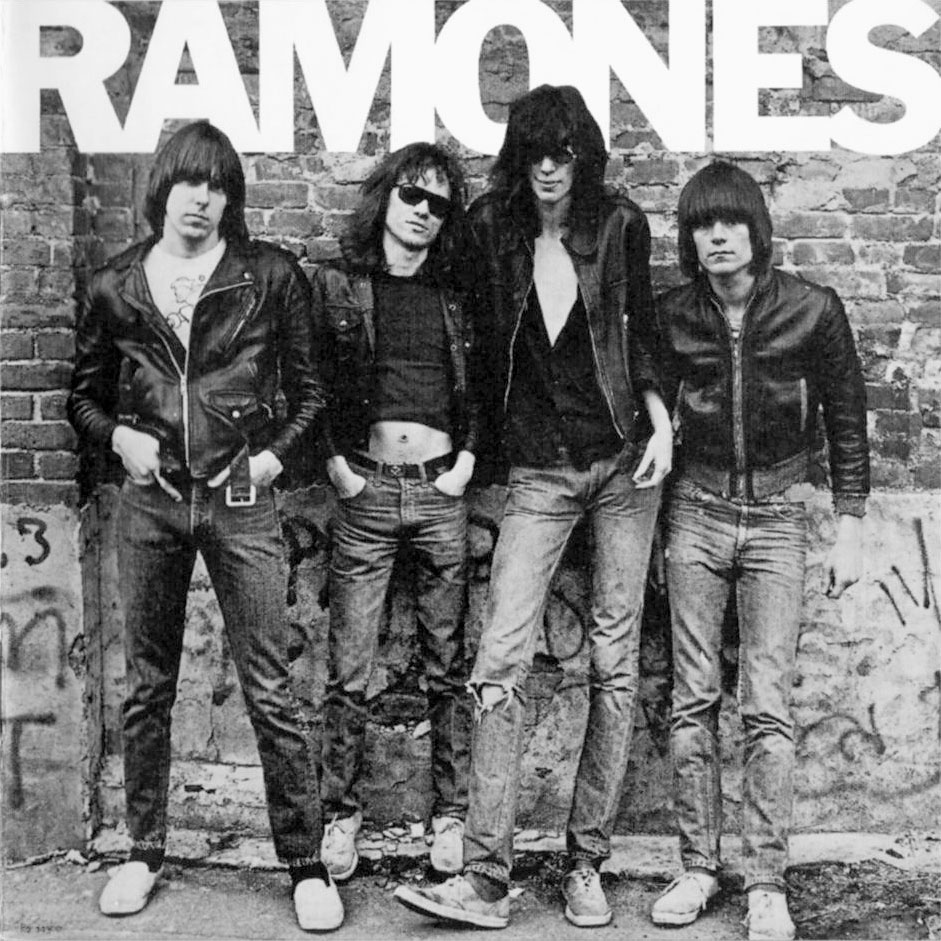 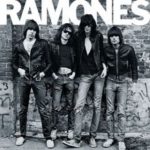 Although they’re one of the most iconic and important guitar bands of all time, Ramones sold way more shirts than they ever did records. As Stereogum pointed out in 2015, if everyone who owns a Ramones T-shirt had instead bought one of their albums, they’d be one of the biggest bands in history. Indeed, many hardcore Ramones fans have wondered whether 90% of those who wear their shirts in public could even name five of ‘da bruddas’’ songs if they were challenged to do so. In any case, whether it’s as a musical institution or vacuous fashion statement, their legacy instead stands them as one of the most influential.

For two decades, they resolutely stuck to their no-frills, three-chord punk formula and maintained their loyal fanbase, always lying outside the pop mainstream and, throughout the ‘80s until their 1996 disbandment, sniffed at by rock critics who couldn’t quite accept them as part of the underground rock scene that was burgeoning in America, even though they influenced practically everybody in it. Though many critics argued that they stagnated, refusing to evolve, nobody can deny that their early material represented a genuine, much-needed jolt to the system, that much sought-after ‘shock of the new’ that music writers and pundits yearn for, and Ramones was the first of three successive knock-out blows (1977’s Leave Home and Rocket To Russia) delivered by the band via LP.

But it wasn’t just about the music: their decision to opt for a uniform of leather jackets, ripped jeans and tight T-shirts and change their last names to ‘Ramone’ reintroduced the notion of ‘band as gang’, and strongly informed the punk look. Indeed, the album’s front cover of the band leaning against a brick wall in black and white is utterly iconic, and one of the most imitated images in rock history. 40 years later, the eagles and baseball bats of their logo is still one of the most visible in popular culture. The gangly, awkward figure of Joey Ramone sneering and muttering in that unforgettable voice proved to be a massive inspiration for other outsiders who couldn’t find acceptance in other walks of life. Supported by Johnny’s laser-precision power chords and the relentless hammering of Dee Dee and Tommy’s engine room, they were one of the most captivating stage presences in all of guitar music.

Quite simply, punk (and therefore new wave, post-punk and everything else that flowed from it) would not have happened the way it did without the Ramones, and in particular this debut album. Ramones represents a crucial part of punk’s DNA, along with The Stooges and New York Dolls, and those in the vanguard of the punk movement in 1977 such as the Sex Pistols and The Clash pricked their ears up with interest. As well as being a perfect record, consisting of 14 flawless reductions of surf rock, girl group pop and early rock ‘n’ roll, it was a blueprint, a manifesto for sound in which all extraneous elements were stripped down and thrown out. They didn’t fundamentally alter the content of the music, as what they played was quite populist and catchy. It was how they did it – harder, faster and louder – that was revolutionary, and 40 years after its initial impact, its legacy is as powerful as ever.

The assault begins with ‘Blitzkrieg Bop’, which is not only the Ramones’ signature song but one that seems to act as an encapsulation of punk’s sound altogether, a 2:14 snapshot of adolescent frustration and catharsis. Credited to the entire group but actually written by drummer Tommy Ramone (real name Tommy Erdelyi, who also doubled up as their manager), it was inspired by the Bay City Rollers, of all people, and their hit ‘Saturday Night’. Erdelyi simply wanted the group to have a song with a chant in its chorus, and came up with the chest-beating rallying cry “hey! ho! let’s go!” that eventually came to sum up everything about the Ramones’ attitude.

The blisteringly fast ‘Judy Is A Punk’, with its girl group harmonies and reckless, rudimentary melodies, is what you imagine Lennon & McCartney might have come up with if The Beatles had started their career in 1976. So much of the album follows the same template, and the whole atmosphere is one of do-it-yourself ethics and fearless amateurism. Even the trashy, slightly lightweight ‘Let’s Dance’, a cover of a 1962 Chris Montez hit written by Jim Lee, gives us a key insight to everything the Ramones loved about primitive, pre-Beatles rock ‘n’ roll, played with gleeful, heartfelt abandon. Indeed, the fact that Ramones was recorded in just two days and for less than $7,000 has an uncanny resemblance to the context in which the Fab Four’s own Please Please Me was produced.

‘53rd & 3rd’, inspired by Dee Dee’s short-lived time hustling in a part of New York famous for prostitution in order to pay for his heroin habit, slows the pace down to show that their sound was capable of variation. ‘I Wanna Be Your Boyfriend’, a declaration of straightforward teenage lust set to a Phil Spector-esque wall of sound that deserved to be a significantly bigger hit than it was, also demonstrated. Set next to the monomaniacal stupidity of ‘Now I Wanna Sniff Some Glue’, the random violence of ‘Beat On The Brat’ and the cartoonish schlock of ‘I Don’t Wanna Go Down To The Basement’, on Ramones the group wrote simple, straightforward songs about what they want and don’t want (check out the titles). Reflected in Tommy’s cries of “wun-two-free-fa” before they hurtled headlong into the tracks, the Ramones channelled their inner monosyllabic teenager. In doing so, they saved rock ‘n’ roll from its overblown, artsy pretensions that were rendering it unknowable and distant from its natural constituency in the mid ‘70s.

1999’s Hey! Ho! Let’s Go: The Anthology two-disc compilation remains a really excellent first port of call for the uninitiated, but Ramones is an essential part of any serious record collection. While it performed extremely modestly at the time, hitting an all-time peak of #111 on the Billboard Top 200, it was one of those records, like The Velvet Underground’s debut, that inspired a vastly disproportionate number of other great artists, way out of scale for the amount it sold. Indeed, the National Recording Registry in America selected the album to be preserved forever as a culturally significant artefact, and in April 2014, at long last, Ramones was awarded a gold certification in the US for selling 500,000 copies.

Listen to Ramones here, and tell us what you think below!