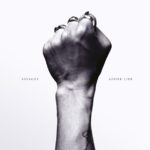 Savages’ focussed, demonic Silence Yourself was amongst one of the most critically acclaimed albums of 2013 with its confrontational approach to experimental rock and punk. With a Mercury Prize nomination in their back pocket, the all-female foursome return with the follow-up to their debut record, Adore Life. Aesthetically the band borrowed liberally from their post-punk influences, including Joy Division and Siouxsie & The Banshees, and they ran away with the style making it their own brand of visceral, aggressive modern day post-punk sound. The title of that debut record, which was #5 in our end of 2013 list and #38 on our Best of 2010-2014 feature, was literal and left the listener with barely room to breathe with on oppressive, panicky tracks such as ‘Shut Up’, ‘Husbands’ and ‘She Will’. The foursome have proved to be a force not to be messed with.

Whilst Silence Yourself focused on an artistic approach to discussing feminism, Adore Life has a much greater element of vulnerability as lead singer, Jehnny Beth, seems to delve deeper into a less serious and more emotional state. Beth described the difference between the two albums as the debut being the “problem” and the follow-up being up “solution”. There’s less of the thrashing, sinewy riffs and greater concentration on dark, melodic and atmospheric tracks similar to that of Anna Calvi.

Tracks such as ‘Adore’ and ‘Slowing Down The World’ have vast soundscapes alongside impressive over-driven guitar riffs. The sound is much looser than their debut and this really helps to bring out the sensual, personal side of the lead singer. ‘Sad Person’ is also a particular stand-out driven by a Krautrock-inspired rhythm section and over-laid with Beth’s evocative vocals. Reading into the lyrics throughout these tracks, the listener gains an insight into the mind of the lead singer and we discover themes revolving around love, loss and confidence. Having witnessed Savages’ awesome live show and Beth’s demonic, captivating stage presence, it’s very easy to imagine the physical performance behind the lyrics.

That’s not to say that Adore Life represents some total volte face from their debut, as their former intensity resurfaces on ‘The Answer’ which is equally as heavy as any on their debut and a perfect album opener. Similar tracks include lead single, ‘T.I.W.Y.G’ which plummets into bass-led noise rock similar to that of The Dead Kennedys. Their best work is perhaps the speedier tracks which are there to create atmosphere and energy – particularly in a live setting. ‘Surrender’ enters electronic pop territory with an element of catharsis to it, ready for heavier tracks which instil energy. Album closer ‘Mechanics’ has almost a muted tone which gives a sense of foreboding and a dark, hymnal approach to closing their album, performing much the same function that ‘Marshal Dear’ did for Silence Yourself.

The vast majority of the record is led by romantic connotations, which immediately separates it from Silence Yourself. Savages don’t re-invent the wheel with their sound – rather, they telescope in on one facet of their sound and explore it more fully on Adore Life. In doing so, they are a band who not only have a thorough grounding in their chosen musical style, with an inherent understanding of the dynamics of punk, post-punk and all its various sub-genres, but also that they’re constantly, restlessly looking forward and can cause excitement through their charismatic and expressive sound. (9/10)

Listen to Adore Life here, and tell us what you think below!