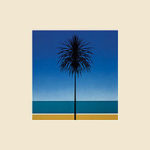 Joe Mount has come a hell of a long way given the inauspicious start to his career. Second effort Nights Out was the toast of the hipster underground in 2008, but he took one hell of a leap forwards with The English Riviera, emerging into the mainstream with his sense of outsider humour totally intact. The secret to its success was restraint, in comparison to its predecessor’s sense of ecstasy and abandon. In it, Mount re-imagined the decaying beauty of the background to his West Country seaside childhood as a glitzy equivalent to Cannes and Monaco, with the sense of limitless possibility and dreams coming instantly true always just out of reach. The jaunty nonchalance of ‘The Look’ and the holiday-for-synths of ‘The Bay’ and ‘Everything Goes My Way’ were the highlights, but every moment of The English Riviera was infused with that quintessentially English outlook that is rapidly disappearing from the indie scene here. An album to make you believe in the transformative power of pop. (EB) (LISTEN) 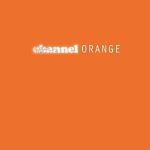 Of all the albums in this list, Channel Orange is probably the most difficult to pigeonhole, sitting as it does between so many different genres. Frank Ocean, who experiences synaesthesia (seeing music as colours), named the album after the colour he perceived during the time he first fell in love, and throughout this breathtaking album’s almost cinematic scope he deals with issues such as unrequited love, consumerist excess and drugs. His style made use of surrealistic imagery combined with descriptive, pin-point accurate storytelling – this combination of the abstract and the personal is a really difficult balance to achieve, believe us – using real-life experiences as jumping-off points for flights of fantasy as he regrets and embellishes incidents from his personal life with an alternating mixture of vulnerability and braggadocio. Right from the start, Ocean and his production team regarded Channel Orange as an ‘art project’, and it goes to show that something can be both commercially viable and artistically creative at the same time. Musically, it was a bizarre melange that rewarded repeated listens, the 10-minute centrepiece ‘Pyramids’ being the most breathtaking of all. It may have been something of an ‘artist’s album’, but its DNA has been detectable in all the best chart-bound pop since. (EB) (LISTEN) 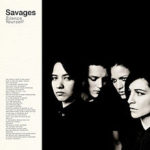 London four-piece Savages released their Mercury-nominated debut Silence Yourself to minimal popular attention back in May 2013. However, in the style of all great slow-burners, its plaudits grew in number as time wore on. Their classical training gave Savages’ atmospheric post-punk a tangible sense of drama, and the album as a whole demonstrates a real understanding of the dynamics of the genre, leaping out of the speakers in a manner strongly redolent of the eternally underrated Siouxsie & The Banshees. So many recent groups (White Lies, Editors et al) simply haven’t grasped the basic truth that post-punk revivalism is not just about noise but real emotion too, about the gaps between the notes as well as the notes themselves. Indeed, the quieter moments on Silence Yourself are the most profound and eerie, though the panicked, frenetic jolts of guitar noise on the likes of ‘Husbands’ have the power to move also. (ML) (LISTEN) 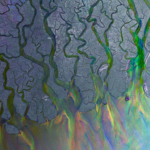 Formed at the University of Leeds at the start of the decade, Alt-J’s intelligent and inventive blend of genres sent them from complete obscurity to the Brit Awards in little under a year. An Awesome Wave was musical alchemy, finding true originality through splicing different kinds of seemingly irreconcilable disciplines when so many indie bands around that time were fumbling incompetently in the dark in search of the same thing. The unflattering tag ‘folktronica’, coined in response by the media to the album’s rampant Mercury win that year, belied the fact that Alt-J’s sparse and geometrically precise art rock was actually extremely accessible. The likes of ‘Tessellate’ and ‘Breezeblocks’ were addictive earworms, full-blown crowd pleasers, a feeling aided by Thom Green’s bizarre and smutty lyrics (“In your snatch fits pleasure, broom-shaped pleasure / deep, greedy and Googling every corner” goes ‘Fitzpleasure’). Its hugely anticipated follow-up This Is All Yours, while occasionally lacking in discipline, shot straight to No.1 in 2014, a vindication for the indie world that there was room for indie-pop genius in the public consciousness, given the correct platform. (EB) (LISTEN) 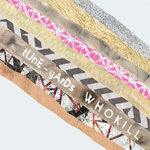 Those who were ahead of the curve and experienced 2009’s Bird-Brains wouldn’t have been at all surprised that its follow-up would be a modern indie classic. tUnE-yArDs, the stage name of New England native Merrill Garbus, delivered a compelling and unique experience with her second album Whokill. Amid the clattering, homemade percussion loops and chaotic mess of bass guitar and field recordings that constituted its basic yet sturdy musical frame, Garbus gave a kind of alternative State of the Nation address, railing against economic inequality (“with my eyes open / how can I be happy?”) and national identity (“My country, ’tis of thee / Sweet land of liberty / How come I cannot see my future within your arms?”) that managed to be totally playful at the same time. Musically speaking, Whokill might be a fractured, constantly changing affair, but its uniting strand is the life-affirming power of its author’s idiosyncratic voice. Live, she was an impressive stage presence, often using streaks of face paint to denote the earthy, natural qualities of her music. Critics and the public responded to Garbus’s approach, as Whokill garnered universal praise and appeared near the top of virtually every end of year list going. (EB) (LISTEN) 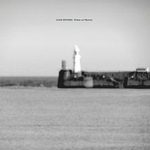 Cleveland’s indie rock songwriter Dylan Baldi had been recording as Cloud Nothings since the end of the noughties, but the group’s much heavier third effort Attack On Memory was the first to include his live backing band on an actual album. Notably, it was also produced by the legendary Steve Albini at his own Electrical Audio studio in Chicago. The clattering drums and dirty, metallic guitar noises were all familiarly old-school, but its sense of bewilderment and ennui updated all these old reference points for the information-overload age. Crucially, Cloud Nothings didn’t completely jettison their power-pop sensibilities in the headlong rush towards all-out noise. To cap it all, Baldi’s primal scream therapy angst was the genuine, from-the-guts article whose power would have been enough to make Attack On Memory a very good record all by itself. Added to the abrasive, pummelling lo-fi onslaught of the music, which all sounds like it was done live in the studio, it made for an exceptional one. (EB) (LISTEN) 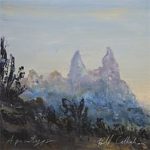 After fifteen years of recording as Smog, Bill Callahan finally began making music under his own name in 2005. As a writer, he’s always been an artist of opposites and contradictions: strong yet vulnerable, warm yet distant, unflinchingly honest yet aloof, often in the same album. This has always led to some inconsistency in his output, but Apocalypse was the first album he’d made in a long time to match the magisterial peaks of Smog’s Dongs Of Sevotion or Knock Knock. A seven-song examination of American myths and its folk and roots traditions, interpreted from the sideways glance perspective of an eternal outsider, it relied upon Callahan’s distinctive perspective on the world and his storytelling to work. The homesick, ambivalent study of the history of his homeland on ‘America!’ was the centrepiece, but other heart-stoppingly beautiful moments like nine-minute closer ‘One Fine Morning’ made Apocalypse feel utterly timeless. (EB) (LISTEN) 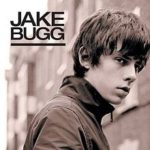 ‘Authenticity’ is a word bandied around a lot, usually by listeners who are perhaps a little too precious about new interpretations of their favoured genre, but English singer-songwriter Jake Bugg feels like the real deal. Not in any bullshit ‘voice of the people’ or ‘spokesman for a generation’ sort of way that can kill an artist stone dead, but there was something mischievous and compelling about Bugg’s stories of “hiding from the feds”, an Americanism transplanted successfully into his Nottingham-based stories. Plundered for no fewer than seven hit singles, Bugg’s debut had that increasingly rare quality where you feel every track could have been a hit in its own right, fourteen pocket masterpieces connected by such an authoritative story-telling voice for an artist so young, and with such an intuitive grasp of folk too. Part of the album’s appeal came through knowing when to stop, keeping the songs economical, efficient and ensuring they didn’t outstay their welcome. Though 2013’s Shangri La didn’t shine with quite the same lustre, the future is incredibly bright for Bugg. (EB) (LISTEN) 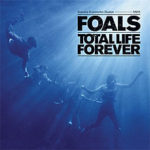 To draw an easy comparison between their career arc and the baby horses after which they’re named, Foals’ 2008 debut Antidotes sounded like a prodigiously talented yet immature group finding their feet and discovering for themselves what they could do. Two years later, the Oxford five-piece sounded much more comfortable in their own skin, looking to push themselves as far as their capabilities would allow (the band themselves cryptically described Total Life Forever as “like the dream of an eagle dying”). Where they had sounded introverted and angular, on show-stopping songs like ‘Spanish Sahara’, ‘Blue Blood’ and ‘Black Gold’ they sounded confident, sinewy and powerful, combining lyrical subtlety with a noise that’s capable of filling the biggest spaces. Happily, singer Yannis Philippakis had lost none of his artfulness and intelligence, cloaking his emotions with layers of imagery and subtext, so that Total Life Forever is always revealing new meanings after dozens of listens. When Foals are headlining the major festivals in two years’ time, this will be seen as the point at which they put themselves on that track. (EB) (LISTEN) 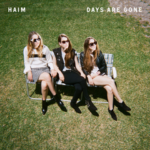 Days Are Gone was American sister trio Haim’s debut record, arriving after the kind of hype that destroys many a young band. Fronted by quality singles such as ‘Don’t Save Me’, ‘The Wire’ and ‘Forever’, the album is a blend of ‘70s and ‘80s soft rock with a twist of ‘90s R&B, showing that accessibility needn’t be exclusive from critical acceptance. Produced by the ultra-hip duo of James Ford and Ariel Rechtshaid, Days Are Gone had a classic contemporary pop-rock feel that felt so effortless that you wonder why others struggle so much. The most obvious style references are Stevie Nicks-era Fleetwood Mac with elaborate ‘80s influenced drum patterns and layered vocals. Many unsure music journalists called Haim a cross between Fleetwood Mac, Phil Collins and Shania Twain – in fairness, the comparison was about right! Following the album’s release the trio thrived off a busy festival period in 2014 and featured on Glastonbury’s Pyramid Stage. Haim may be at their best in a live environment in which they take a heavier guitar approach, but this was sacrificed for a lightness of touch on the record that made it the accessible unit shifter that it was. Across the board the album received high marks, with this publication awarding an impressive 9/10, and the record-buying public reciprocated by sending it to number one in territories around the world on its first week of release. (ML) (LISTEN)