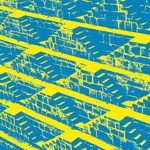 Operating as Four Tet for over fifteen years, Kieran Hebden has been one of the most consistent forces in the kaleidoscopic collection of sub-genres that constitutes British electronic music, with his 2003 album Rounds universally considered to be a classic. However, his last album, 2013’s Beautiful Rewind, had all the elements that traditionally make up Four Tet records – gentle beats, downtempo rhythms and field recordings making up otherworldly, affecting dreamscapes – but was rather lacking on the compositional side. Morning/Evening, consisting of just two songs of roughly 20 minutes in length simply titled ‘Morning Side’ and ‘Evening Side’, is perhaps a response to that criticism. Ostensibly a concept record about circadian rhythms and the soul-cleansing power of greeting the new day, underneath is an exploration of Hebden’s childhood, his family and his influences.

The first track has a distinctly New Age feel, with Hebden paying tribute to his Indian heritage by utilising a looped vocal sample of singer Lata Mangeshkar (a familiar name to any fan of Indian cinema), set to a rattle of closed hi-hat. Eventually, Hebden builds in his trademark drum programming and deep, cinematic swells of bass, while the spiritual chant fades in and out of the mix. It’s a staggeringly opulent piece of arrangement, turning into a glorious little rave-up without you even noticing as Hebden gradually makes the track more congested.

Where ‘Morning Side’ is bright and refreshing, ‘Evening Side’ is more restful and meditative. The way that the solid rhythmical pattern finally emerges out of the hazy ambience is like staring at a magic eye puzzle, a beat finally assembling itself from a miasma of abstract whooshes, liquid clicks and clacks and wordless vocals. Gradually, Hebden adds bass drum kicks and some pretty dirty-sounding hi-hats and cymbals before finally receding without ever resorting to a cheesy breakdown, gently releasing the energy it’s built up.

The whole experience is suspended in a perpetual state of almost childlike innocence and naivety, feeling very naturalistic despite its laptop and synthesiser-based origins. Structurally, the sheer length of both songs means that it’s well outside the scope of chart- and club-friendliness, but in a way, Hebden is posing a challenge to his contemporaries, to match him in terms of scale and grandeur. Morning/Evening picks up where 2012’s Pink, an extensive collection of Burial-esque musical sprawls, left off, having the courage of its convictions and making a kind of music that can’t easily be put into boxes, just like chill-out ancestors The Orb. A curious yet deeply affecting work to rank up there with his best work. (8/10)