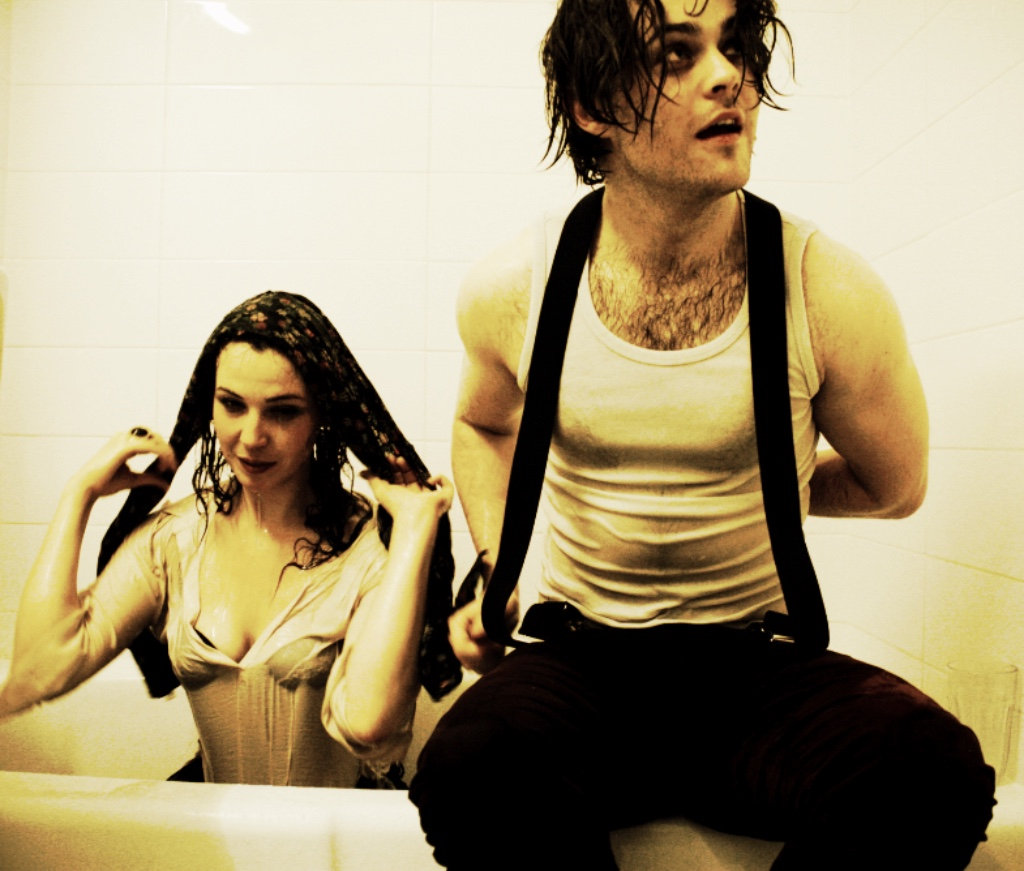 Joey Batey may be mostly known by the public for his role as Jaskier in Netflix’s ‘The Witcher’ along with his contributions to the show’s soundtracks for season one and two (and has Jaskier become the Continent’s Taylor Swift in season two?). However, some people may not be aware that alongside his career as an actor, Joey is in the alt-folk band The Amazing Devil.

Joey, alongside Madeleine Hyland, has created a sound that is so unique to The Amazing Devil, in a way that makes it difficult not to enjoy music that the band makes. With their debut album ‘Love Run’ being released in 2016, soon followed by their second album ‘The Horror and the Wild’ in February 2020, October 2021 saw the release of their latest album ‘Ruin,’ the band has certainly kept themselves busy.

‘Ruin’ (2021) is incredible in many ways, one factor that stands out is the worldbuilding, alongside the narratives that have been created for this album. ‘Ruin’ feels like an album that would be perfect to listen to during early morning and late-night car journeys, while also being a wonderful album to use as a soundtrack for adventures into the countryside and to get lost to while exploring the nature around you. Furthermore, it feels so natural to allow yourself to get lost in the world that Joey and Madeleine have created through the album, one which you could use to simply escape the pressures of real life for a little while.

‘Drinking Song for the Socially Anxious’ feels as though it is almost central to people’s needs and wishes to be understood especially by those who they surround themselves with, yet often also find themselves looking at other people to find similarities between themselves and often a stranger. The track overall is comforting in the sense that the listeners can relate to the lyrics, that the narrative being built within the song is one that people’s thoughts are replicating. The desire to feel a little less alone, particularly in a time that is so emotionally overwhelming currently, is one that is not easy to escape from and ‘Drinking Song for the Socially Anxious,’ eases those fears of not being understood, and promises those listening to the track that they are not alone in these feelings, and it does not make them any less of a person for being worried about such fears.

Tracks such as ‘Secret Worlds’ and ‘Inkpot Gods’ have a distinctly and heart-warmingly comforting feeling to them when you listen to them, while also appearing to have a sense of empowerment to them as well. The feelings these tracks can evoke in their listeners, are nothing short of remarkable. With such a difficult year for so many people all over the world and many people trying to find ways to deal with their feelings, as well as finding distractions and ways out for a little while, music can have a massive influence on someone’s ability to do just that. A band, therefore, providing a means of escape and another world for people to let themselves exist in for a while, is something that can be so special and something that is undoubtedly meant to be cherished.

The album’s title track, ‘Ruin,’ is hauntingly beautiful in a way that cannot truly be done enough justice by words alone. What starts the track off with the sounds of wind and seamlessly blends with a piano, lend itself to creating a song that is already sure to evoke emotion from those listening.

If The Amazing Devil were able to create an album that allows people to distract themselves from challenges they are facing in their lives, with what appears to be second instinct to both Joey and Madeleine, then it is exciting to see what the future holds in store for this band and what they have to offer to their fans next.