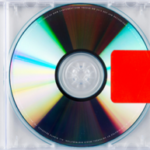 And so to the most divisive musical character of the ‘10s, with the first of two ground-breaking albums of his in our Top Ten. “West was my slave name; ‘Yeezus’ is my god name,” Kanye said by way of explaining the album’s title. By now, he’d earned himself the artistic freedom to do something totally off the wall – and furthermore, that’s what everybody expected of him. Yeezus was no more and no less than the most gloriously off-the-chart musical statement of the decade so far: full of abrasive, violent synth sounds and harsh beats underscoring the lyrical themes of bravado and paranoia delivered via heartbroken AutoTune and rapid fire flows.

The line between Kanye’s self-belief and self-delusion was thinner than ever, and listening to him waver on either side was totally compelling: if he is a god, he makes it sound bloody stressful. With ten songs condensed into an ultra-lean 40 minutes, it was also a very different kind of Kanye experience. ‘Blood On The Leaves’, a harrowing depiction of divorce set to a cut-up sample of Nina Simone’s cover of ‘Strange Fruit’, was the most spellbinding moment, but every track, from the dazzling Daft Punk-produced ‘On Sight’, attack drums of ‘Black Skinhead’ and pop weirdness of ‘Bound 2’, hit great heights. Yeezus wasn’t everybody’s cup of tea, but it sure had everybody offering an opinion. (EB) (LISTEN) 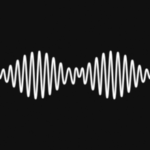 Some albums are so immediately, earth-shakingly great that they make you totally reassess your viewpoint on a band. The amount of small-minded scepticism aimed at Arctic Monkeys ever since they broke through a decade ago, added to the pressure continually piled on their shoulder from those who wanted them to reinvent the wheel, would have made almost any band crumble under the pressure. But their fifth album was not only totally brilliant, beyond the reasonable expectations of even the most optimistic fan, it was better even than the debut album that had made their name. AM was the final move in a stylistic makeover that had taken Arctic Monkeys half a decade to execute. Finally, 2009’s difficult Humbug and 2011’s psychedelically tinged Suck It And See were put in their correct context, necessary steps on the road to taking complete ownership of their sound.

AM was a very different kind of masterpiece to Whatever People Say I Am…: no longer were they the loveable, prodigiously talented rogues of 2005, they were now a full-blown arena rock band, albeit an L.A. one instead of a Sheffield one. Huge, ringing Zeppelin and Sabbath-indebted riffs dovetailed neatly with Alex Turner’s imagery and storytelling on the first half, exemplified best on ‘Arabella’ and ‘Do I Wanna Know?’, which then leads into a well-judged suite of tracks that range from the weird balladry of ‘No. 1 Party Anthem’ and the louche, West Coast hip-hop-indebted ‘Why’d You Only Call Me When You’re High?’. They can now do no more to win over their detractors, but Arctic Monkeys will surely be remembered as one of the greats, once this fascinating career arc reaches its conclusion. We can only hope that that’s a long time away yet. (EB) (LISTEN) 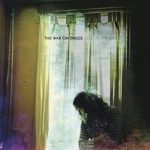 Having started the decade as one of hundreds of solid but unremarkable indie groups with a promising debut under their belts, by 2014 The War On Drugs became one of its most surprising success stories. 2011’s Slave Ambient had been great, but this was something else. Lost In The Dream was sheer, old-fashioned magic that seemed to work in 2014, because so much of it seemed to be gloriously out of step: musically, it channelled the easy listening, drive-time rock of the ‘70s and ‘80s and the American alternative rock scene of the ‘80s and ‘90s. But deeper than that, the tracks’ winding, lengthy structures resonated with the album’s themes – yearning to recover lost time, exploring an idea to its fullest, taking the time to revel in the moment in a world characterised by the lack of it.

There was no artifice involved, just Adam Granduciel coming to terms with his inner demons and creating tender, wistful, daydreaming guitar epics that had the power to penetrate your dreams and waking moments. From the opening moments of ‘Under The Pressure’, those hi-hats that slowly come into focus, those simple, hammered piano notes and reverberating guitars, Lost In The Dream was retro heaven. The sweeping synth majesty of ‘Red Eyes’ was the album’s obvious pop fix, but the likes of ‘In Reverse’ and ‘Burning’ showed that Granduciel actually understood his influences, so inherently that he could make something truly special out of sounds that were so well-worn and familiar that they really shouldn’t have been memorable at all. And the public responded: spending almost nine months in the lower reaches of the UK Top 100, Lost In The Dream became the sleeper hit of the year, and swept the end of year critics’ lists with aplomb. (EB) (LISTEN) 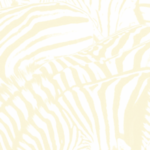 There was nothing that special about Beach House on the surface of things – American indie groups dealing in sugar-sweet, shoegaze-influenced guitar pop have never been in short supply anyway. But their third album Teen Dream, arriving at the very start of the decade, was arguably responsible for the explosion in the sub-genre that we’ve seen subsequently, but none of those followers have matched it. The core elements of its sound had been in place over their first two albums, only this time they eschewed those records’ lo-fi production for “sophistication”, as guitarist Alex Scally called it. Teen Dream’s ten songs positively rang with beauty, their simple constructions allowing the band to indulge themselves in the spaces within, the guitar lines and majestic sweeps of keyboard and organ echoing and (the album was recorded in an abandoned church). Victoria Legrand’s divine vocals were the second revelation, appearing in the mix like some kind of guardian angel offering you comfort in your time of need.

From the opening ‘Zebra’, the glistening production immediately signalled a different kind of drama at play where previously Beach House had been introspective navel-gazers. It was a subtle shift, but one that caused Scally and Legrand to be considered in a totally different light, as achievers rather than contenders. The melodies loom in and out of the thick, smouldering fog of the organ sounds on ‘Silver Soul’ and ‘Walk In The Park’, giving them a vivid waking-dream kind of quality. In other places they are more clearly presented, like on the slow riot of highlight ’10 Mile Stereo’, Legrand’s pained, almost wordless vocals seeming to communicate a vision of some stolen paradise. Her deeply humanistic lyrics are anxious pleas, admissions of weakness and regret in a world that beats down so many of us. Teen Dream is testament to the rapturous, restorative power of all the very best pop – just put the record on and let yourself be swept away. Utterly sublime. (EB) (LISTEN) 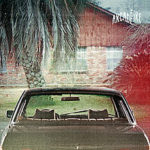 When bands catch a dose of ‘the big music’, they usually aim for the stadium-sized atmospherics of U2 and Coldplay but forget to bring any of their own personality to the mix. By 2010, people had come to expect ‘big music’ from Arcade Fire, but the Canadian six-piece weren’t about to settle into a crowd-pleasing routine of radio singles and touring, choosing to continue to use the platform of their fame to challenge their audience rather than merely satisfy it. They ended up crafting the second masterpiece of their career with The Suburbs. It took the sense of personal apocalypse that characterised their 2004 debut Funeral and turned it outwards, communicating their message through earthy, complex arrangements that felt like an update of Sonic Youth’s iconic Daydream Nation for the millennial generation. The band effortlessly fused personal themes with political, social and economic ones and projecting onto the biggest canvas imaginable. But that subject matter didn’t weigh down the album, instead hovering over and among it like a fine mist.

The Suburbs was received spectacularly well, with many critics breathlessly comparing it to Radiohead’s dystopian masterpiece OK Computer in terms of its scale, construction and complexity. A sense of creeping dread about the future percolated through every moment, about how families, communities and cultural traditions are eroded in slow-motion through the social atomisation caused by rapacious capitalism and technological progress. On ‘Suburban War’ and ‘City With No Children’, that sense of massive, inhuman odds stacked against the little guy is most stark, but they were capable of great empathy on the title track and the two-parted tracks ‘Half Light’ and ‘Sprawl’, aided by Win Butler’s heartfelt vocals. Paradoxically, it seems desperate to escape the sense of all-encompassing unease that characterises it so beautifully, not wanting to leave it all behind. Amongst the loss of innocence and striving for certainty in an ever-changing world, The Suburbs continually asks where hope lies, and doesn’t necessarily come back with answers you want to hear. (EB) (LISTEN)