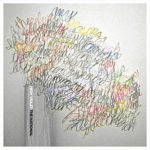 The National’s modus operandi may be fairly unchanging to the untrained ear, but many consider High Violet to be the apex of the band’s cult years, the point at which a great many people sat up and took serious notice of a band that was producing wonderful records one after the other for most of a decade. 2005’s Alligator and 2007’s Boxer were your archetypal ‘growers’, albums that needed to be listened to repeatedly in order for you to wring maximum pleasure from them, slowly revealing their charms to you. High Violet managed to inject proceedings with a little more immediacy, with thrilling rackets like ‘Bloodbuzz Ohio’ balanced out by the group’s more typical slow-burners like ‘Afraid Of Everyone’, and it put paid to the “depressing” tag with which many had lazily labelled them. The National have always been morose and downcast, but, underneath it all, fundamentally optimistic. High Violet was their clearest statement yet, a graceful quiet celebration in the face of massive odds or imminent defeat. It finally gained the group some serious exposure in Britain, to the extent that they were able to headline festivals as big as Latitude and were nominated for a Brit Award for International Breakthrough Act. (EB) (LISTEN) 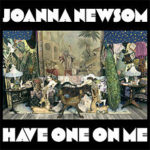 Taking four years to assemble following the huge critical success of 2006’s Ys, freakishly talented composer Joanna Newsom returned with a massive three-disc collection at the start of the new decade. Though it lasts for over two hours, it was a much more accessible and less divisive affair than her two previous efforts. The songs’ florid, poetic arrangements were more finessed and polished; Newsom’s previously rasping voice had subtly changed to a more measured, mellower delivery, easier on the ear for those not won over by Ys or The Milk-Eyed Mender. As the title implies, you should pour yourself a drink to accompany an airing of this album, in order to appreciate the blotches of exquisite beauty amid the embarrassment of creativity. In lesser hands, Have One On Me might have been an incoherent brain-dump of a record, but Newsom makes eighteen exquisitely carved individual moments all make sense in each other’s proximity. (EB) (LISTEN) 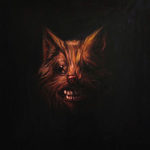 Bands that reform after more than a decade out of the game don’t usually pick up right where they left off in terms of quality. But not only had Michael Gira’s Swans not lost any of their unnatural power when he re-launched the project in 2009, they went on to produce the two finest records of their career in the new decade, both of which have made our list. The first of them, The Seer, was a transcendental two-hour experience that relied primarily on volume, at both extreme ends of the scale, but also a genius for arrangement. Gira’s extraordinary gift is that he can evoke just us much with silence, a lack of volume, as when he and his band let out all the stops and unleash the full force of their sound. The epic, 32-minute title track and the 40-minute closing duo ‘A Piece Of The Sky’ and ‘The Apostate’ were utterly hypnotic, but the entire album was expertly constructed with a classical composer’s ear. (EB) (LISTEN) 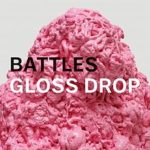 Having produced one of the quirkiest debuts of the noughties with 2007’s Mirrored, Battles suffered the departure of lead singer Tyondai Braxton, leaving them as a three-piece. Their response was ingenious: if they couldn’t have a frontman, they’d fill in with a rotating cast of guest vocalists. Gloss Drop, as its fun and garish front cover suggests (what the hell is that stuff, by the way? I want to eat it) is a more playful and less severe album than its predecessor. It’s much softer round the edges, squidgier and more pliable as a sound, but just as brain-frazzling in its approach to time signatures and song structure. Gary Numan’s turn on the glorious, noisy sensory overload of ‘My Machines’ was a particular highlight, as was the demented fairground ride sound of ‘Ice Cream’ that featured Matias Aguayo, but every moment was done with a totally carefree approach, making Gloss Drop one of the most deliriously fun releases of the decade so far. Check out the equally awesome remix album Dross Glop for other peoples’ skewed takes on the originals. (EB) (LISTEN) 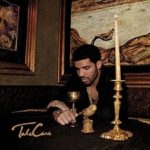 Canadian superstar Drake has been one of the musical success stories of the 2010s, emerging as a very different kind of rapper for the social media age, finally shaking hip-hop free from the gangsta rap template that had reigned supreme over the genre for most of the noughties. Other artists had done the same, sure, but Drake took this more sensitive approach out of the underground and to the top of the Billboard charts. Take Care built upon the introspective aesthetic of his debut Thank Me Later the previous year, incorporating R&B, dubstep and electronica leanings into his sound, and came out with a deeply affecting masterpiece full of existential and conflicted lyrics. Unsurprisingly, it dominated the end-of-year charts in dozens of publications, in many cases ones not specialising in hip-hop, such was Drake’s broad appeal. He’d go on to better his own work once more this half-decade with Nothing Was The Same – but how much higher is it in our chart? (EB) (LISTEN) 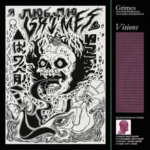 For a low-budget bedroom album, Grimes’ 2012 landmark Visions has had a seismic impact on the mainstream, with Canadian laptop wiz Claire Boucher’s minimalist aesthetic in demand from the biggest pop artists ever since. Her spectral synth figures hang like a shroud over the homemade beat patterns and MIDI triggers, with the overall sound designed to sound great on even the tinniest, most basic built-in speakers on handheld devices, which has become a much sought-after quality in the pop industry. Gorgeous highlights like ‘Circumambient’ and ‘Genesis’ seemed to defy classification altogether, falling in uncharted territory somewhere between techno, ambient and house. As well as being sharp and modernistic in its outlook, Visions also happily slotted in with 4AD’s reputation for producing ethereal gems that fall into the loose genre known as ‘dream pop’. We’ve been waiting for over three years for what Boucher will deliver next – the pressure is on. (EB) (LISTEN) 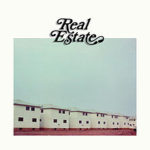 Following a promising start to their career with 2009’s nearly-but-not-quite self-titled effort, New Jersey’s Real Estate, assembled from the remnants of other bands, began the ‘10s with their sublime sophomore effort Days. Full of clean, bright and sharp guitar hooks fashioned into shimmering, daydreaming soundscapes by way of pedals, reverb and echo, it was one of the most idyllic and delightful records to revisit. The songs’ construction, with a sense of making maximum use from a pretty minimal arsenal of instruments, reminded one of R.E.M.’s very spare and economical early work. Not that this overwhelmingly pleasant sonic feel meant that there was a lack of tension or anything – Martin Courtney’s lyrics positively ached with nostalgia and lost memories. They mined exactly the same seam for 2014’s follow-up Atlas, which astonishingly was even better. (EB) (LISTEN) 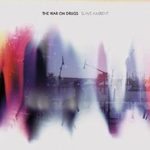 Just like Real Estate at #44, Adam Granduciel’s The War On Drugs followed up a tantalisingly incomplete debut with a much more fully-formed second album in 2011 and then went on to do even better next time. While Slave Ambient now looks like a stepping stone, it’s still a wonderful achievement in its own right. Though Kurt Vile had left by this point, he contributed electric guitar on ‘Best Night’ and ‘It’s Your Destiny’, but the revelation was Granduciel’s rapidly snowballing songwriting talent that meant that Vile wouldn’t be missed. His voice sounded uncannily liked a whacked-out Bob Dylan, playing Byrds-esque folk-rock refracted through a prism of brightly-coloured Spacemen 3 heroin rock. And tucked in neatly near the end, the gorgeous ‘Baby Missiles’, a direct hit of sugar-sweet drone-pop aimed at the pleasure centres of the brain, the maddeningly addictive synth hook sounding like Dire Straits’ ‘Walk Of Life’ if it was actually good. (EB) (LISTEN) 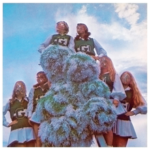 Formed in Brooklyn, Sleigh Bells released their genre-hopping debut Treats to rapturous applause from music critics. Made up of boy-girl duo Derek Miller and Alexis Krauss, they combined choppy metalcore guitar riffs with electronic pop samples and R&B vocals. Krauss crooned and sighed her way through the songs, a neat counterpoint to the violence of the music. Featuring singles including ‘Tell ‘Em’, ‘Riot Rhythm’ and ‘Rill Rill’, the last of which playfully screwed around with a sample of Funkadelic’s classic hit ‘Can You Get To That’ and was used in multiple Apple TV ads. In a post-White Stripes blues rock era, Treats perfectly captured a modern day melting pot of rock alongside a barrage of drum machines and power chords. Naturally compared to the likes of Crystal Castles and Fuck Buttons, their ear-splitting riffs were crossbred with old-school rap/electronic pop vocal deliveries, and this made Treats one of the big surprises of 2010. It gained critical acclaim from all corners with a Metacritic score of 84 and although their accomplished follow-ups didn’t reach the same heights (Reign Of Terror in 2012 and Bitter Rivals in 2013), purely because that surprise element wasn’t there any more, they still occupy some pretty extreme outlying territory that few other bands attempt to storm. (ML) (LISTEN) 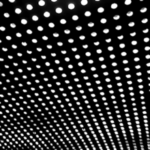 After four years of careful craft and development, Baltimore duo Victoria Legrand and Alex Scally had been refining a singular, instantly recognisable sound for guitar music with their third album Teen Dream in 2010. As ever with cult albums, its reputation spread slowly by word of mouth to the point that, by 2012, everyone was in the mood for even more. Beach House duly delivered with Bloom, an album that may as well be an identical twin. From the gently undulating beauty of ‘Myth’ to the dopamine release of the climax to ‘Irene’, they locked in with precision to the pleasure centres of the brain, all the while indulging their talent for subtle songcraft. Scally’s nimble guitar picking added more layers to Legrand’s penchant for drawn-out syllables and lingering keyboard notes. Everything about Bloom was like some kind of blissful waking dream, an effortlessly beautiful lap of honour that scooped up the sales figures where Teen Dream had won the plaudits. (EB) (LISTEN)