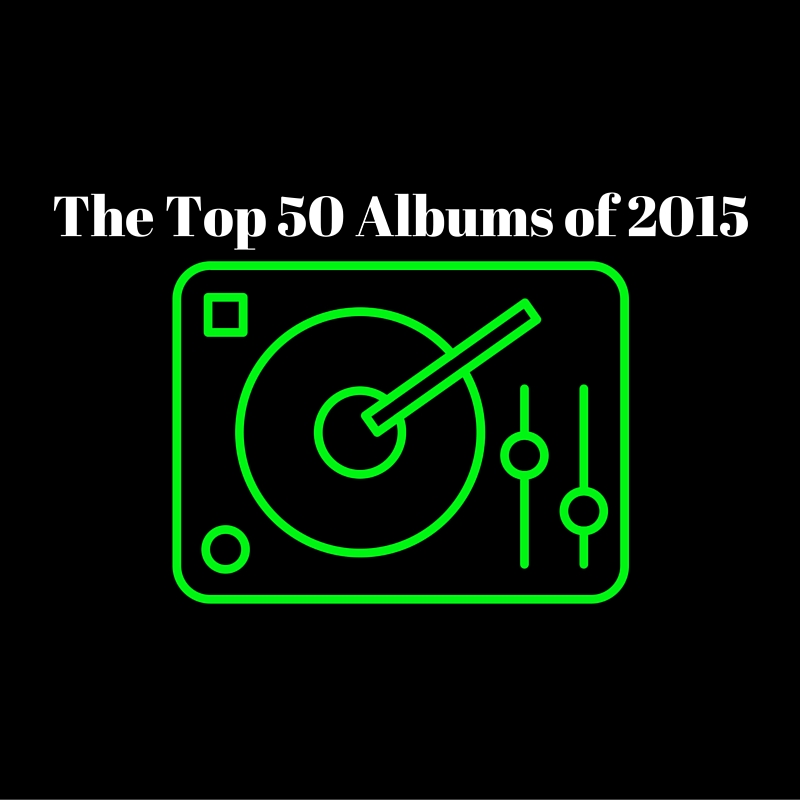 There was a lot of pressure on Claire Boucher, aka Grimes, during the long time she took to make fourth album Art Angels. After the success of 2012’s hugely influential Visions, a masterpiece of electronic minimalism, Grimes became the figurehead of an alternative culture, as she crafted obscure pop in a manner which saw her break out to the masses. It was this cult-hero status which saw her come for lots of criticism when it was heard that she had wrote a song for mega-star Rihanna (‘Go’, a song RiRi would reject before Boucher weaved her web to make one of the pop songs of last year) and although Art Angels was an overtly pop record, it was only a nod to the mainstream. It was more evolution than upheaval, and it is without doubt an exceptional record; ‘Kill V. Maim’ may be the best thing Boucher has ever done, while ‘Scream’, a collaboration with Taiwanese rapper Aristophanes (an artist personally discovered by Grimes on SoundCloud), shows listeners she has not lost her edge and what makes her such a consistently interesting proposition. Art Angels is an outright success in what has been a challenging time for Boucher, a move towards the pop stratosphere, whilst keeping her distance – a bold move, but the right one. (JT) (LISTEN)

Queens Of The Stone Age’s current bassist Michael Shuman took his occasional side-project Mini Mansions off the shelf after the Queens wrapped up their world tour. Taking his cue from the most timeless of psychedelic and classic pop influences from The Beach Boys to Neil Diamond, The Great Pretenders featured a welter of guest stars including Brian bloody Wilson. However, the real stars were Mini Mansions themselves, marrying their simple yet sophisticated early ‘70s pop stylings to a sense of structural experimentation that marked it out as distinctively now. Some of the cuts, such as ‘Double Visions’ and ‘Freakout!’, sounded as if they’d descended, fully formed, from the heavens. As a QOTSA spin off, it sure knocked Them Crooked Vultures into a cocked hat – let’s hope we don’t have to wait another five years for the next one! (EB) (LISTEN)

Having disappointed with their major label debut Dirty Gold two years ago, this self-released mixtape was something of a ‘back to the drawing board’ statement from Raee’n Roes Wilson. Hooking up with their old producer Tk Kayembe, Haze eschewed the commercial, radio-friendly trappings of EDM from that record and brought back the sharp, rough edges of their sound and, effectively, delivered the album they should have made in the first place. Though they were minimalist and uncluttered, Kayembe’s productions absolutely bristled with industrial noises and effects, as Haze dropped lyrics on consciousness, politics and outsiderdom throughout. As such, it was possibly the most strikingly original vision in the R&B genre since FKA twigs’ LP1 last year. (EB) (LISTEN)

Of all the reformations and reunions in the last five years, few have made as much sense as Sleater-Kinney’s. Working once again with John Goodmanson, producer of three of their original seven albums, their raw, tuneful lustre and Carrie Brownstein’s cerebral songwriting were entirely undiminished with the passage of a decade, and No Cities To Love felt like they’d never been away. 32 stripped-down minutes of powerful, political punk absolutely raced past, with Corin Tucker and Janet Weiss’s rhythm section providing the rocket fuel. The mere fact of Sleater-Kinney’s reunion would have been enough, but that the resulting album was so good as to slide right in next to their original body of work, which still stands up as some of the most important in indie over the last 25 years, was immensely satisfying. (EB) (LISTEN)

Immensely humorous and archly clever without being smart-alecky, FFS was the result of the long-anticipated collaboration between Franz Ferdinand and Sparks, a project that was first mooted when Franz first emerged over a decade ago. Bringing together the art-rock values of two generations, from Sparks’ overt theatricality to Franz’s firm dancefloor orientation, FFS just worked, from the dry, pithy put-downs of lead single ‘Johnny Delusional’ to the self-referential ‘Collaborations Don’t Work’ and ‘The Power Couple’. Live, the groups made sure to play compact medleys of their own hits, sometimes seguing in between each other’s work, to make for one of the most memorable musical spectacles of 2015. (EB) (LISTEN)

Mercury-nominated Shedding Skin had been tipped to be one of the favourites to win this year’s prize, but though it lost out, the third album from Londoner Obaro Ejimiwe, known as Ghostpoet, picked up plaudits for its author’s diverse urban take on modern life. Having made a dent in the charts last time out with 2013’s Some Say I So I Say Light, he broke out of his previous modus operandi by adopting a full-band feel, with double basses, moody guitars and a live drummer where his previous work was more obviously hip-hop orientated. Featuring guest vocals from Lucy Rose, Nadine Shah and Paul Smith, Ghostpoet blends his soulful vocals with some expansive synth backdrops and delivered an understated triumph. Tracks including ‘Off Peak Dreams’ and ‘X Marks The Spot’ highlight Ghostpoet’s ability to write a brooding electronic hit, channelling the dislocated rhythms of indie nerds like Tom Vek or post-Kid A Radiohead. (ML) (LISTEN)

Even the very best artists exit their ‘imperial phase’ at some point, but Björk has never made anything less than exceptional in a career that spans nearly three decades. Vulnicura, her ninth solo album, was reliably brilliant, and quite unlike anything else in 2015. Arca, the wizkid behind Yeezus and FKA twigs’ debut, proved to be the creative perfect foil for her, his beautifully sculpted chains of beats and synth wallpapers so fluid and lifelike as to escape the genre of electronica altogether, and that chaos reflecting the turmoil in her lyrics (Björk had split from her long-term partner Matthew Barney before she wrote the record). In a year that also saw the 20th anniversary of her groundbreaking album Post, Björk is as relevant and cutting edge as ever, as if it needed to be proved. (EB) (LISTEN)

What Went Down is certainly the question we should be asking Foals about their latest album. Following their success in 2013, the band produced a hard hitting album which critics claimed was more radio-friendly than its predecessor. Yet with songs such as ‘Albatross’ soaring high and ‘Snake Oil’ delivering the familiar grunge interlude, the album is full of unexpected but mad scientist-like moments and reversals in style, fixing the predictability some perceived in Holy Fire and marking their evolution as a band. Whilst Yannis Philippakis screamed catchy lyrics left right and centre, the relentless distorted guitar riffs sum up Foals’ aggressive tone, making it impossible for the album to be ignored. Foals certainly grabbed our attention with this album, and Philippakis crooning “You’re the apple of my eye” could be Foals’ way of letting us know that they are aiming for bigger things as a band. Could they be one of Glastonbury’s headliner in 2016? The organisers have taken bigger risks before. (HB) (LISTEN)

One of the most insightful albums of 2015 came in the shape of American electronic artist Holly Herndon’s sophomore effort Platform. Contemporary Western issues, ranging from surveillance and privacy to inequality and our over-reliance on technology, are addressed through largely wordless soundscapes of chopped-up instrumentation, vocal snippets and sharpened beats. As a package, it had an unmistakably cinematic feel throughout, reinforcing a kind of grandiosity that suited the subject matter, and it was able to transcend the niche appeal of most ‘experimental’ albums. The ASMR vocal piece ‘Lonely At The Top’ sits as the thematic core of the record, disconcertingly up-close and personal and making points about the nature of privacy in the digital world. A challenging and startlingly original piece, Platform even caused our own Matthew Langham, a man normally spartan with his praise, to revise his previously sceptical stance on ‘laptop artists’ and award a 9/10! (EB) (LISTEN)

Recording under his solo nom de plume for the first time since 2012’s tentative Fear Fun, former Fleet Foxes member Josh Tillman spread his wings and soared with I Love You, Honeybear. Offering up his ruminations on love and happiness following his recent marriage, it combined the observational qualities of mainstream figures like Randy Newman with the fey, smutty sensibilities of cult heroes such as Jonathan Richman, or The Magnetic Fields’ Stephen Merritt. From the sweeping mariachi ballads to canned laughter humorously undercutting half-cut, closing-time laments, Tillman showed himself to be a brilliantly original writer and composer. Confessional without being sentimental, wide-eyed and eager without being proselytising, and very slightly misanthropic to boot, …Honeybear was an understated triumph. (EB) (LISTEN)