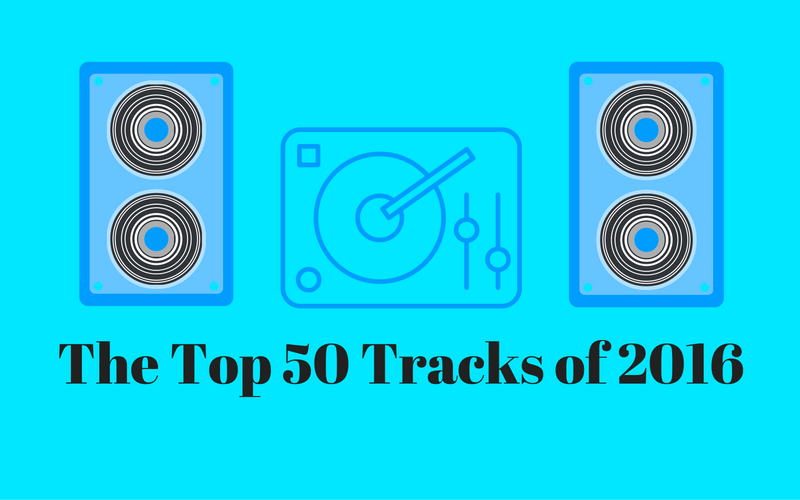 The vulnerable performance and chiming piano keys of James Blake’s ‘Radio Silence’ was one of the most emotive cuts from his exceptional third record The Colour In Anything.

With Thom Yorke lending his unmistakable voice to Mark Pritchard’s unique electronic sound, ‘Beautiful People’ was one of 2016’s most memorable pairings.

Gathering odds and ends from the past couple of years for untitled unmastered, K-Dot proved to have more strength in his little finger than most rappers do in their whole body, and the ominous beats of ‘untitled 02’ will silence any sceptics.

Angel Olsen’s ‘Sister’ was one of the most enthralling moments from her wonderful third record My Woman, starting softly before spiralling into a heart-crushing crescendo.

The debut from Connan Mockasin and La Priest’s collaborative project Soft Hair seemed to slip under the radar of many, but the playful pop of ‘Lying Has To Stop’ is sure to win the heart of any who hear it.

Post-punk quartet Savages recently announced that they would be taking a break from the band to focus on other projects, so it’s fortunate that Adore Life had a wealth of songs as prolific and punchy as ‘The Answer’, which should keep us tided-over until their third album arrives (please don’t pull a Frank Ocean and make us wait four years!).

Making a departure from the synthetic R&B of his earlier years, Childish Gambino gravitated more towards funkier sound on ‘Redbone’, which he explores deeply on his impressive new album Awaken My Love.

Anyone who heard Anohni’s Hopelessness found themselves attached for months, and the juddering electronics and thumping beats of ‘Drone Bomb Me’ proved to be the most intense single from it.

On their first single in several years, London trio The xx hinted at a familiar but fresh new direction, and the delightful danciness of ‘On Hold’ only made us all the more eager to hear their upcoming 3rd album I See You, slated for release on January 13th.

Anderson .Paak is one of 2016’s most promising new voices, and after a busy year of near-flawless collabs and releases it’s hard to choose a highlight, but ‘Come Down’ is undeniably enjoyable and is sure to convert many to hardcore fans.

David Bowie’s epitaph Blackstar is one of the most powerful records in his vast and varied discography and is destined to be a classic, and the moody title track is a culmination of everything that made his final effort so incredible.

On what is possibly their most exciting and explosive album since 2012’s The Money Store, innovative trio Death Grips blew us away with Bottomless Pit. The track that repeatedly pummelled us the most was ‘Three Bedrooms…’, an energetic masterclass in industrial hip-hop.

Saying that Skeleton Tree is the darkest album in Nick Cave’s discography essentially means that it’s the darkest in anybody’s, and the crushing ‘I Need You’ shows the Australian artist at his most mournful, but also at his strongest.

On his strikingly left-field 22, A Million, Justin Vernon offered listeners one of the year’s most unique albums, with ‘33 “God”’ as possibly the most intimate and gorgeous cut of the lot.

Drake’s fourth studio album proper Views seemed to polarise everybody this year, but the infectious, genre-melding ‘Controlla’ stands as an undisputed banger that proved ‘Hotline Bling’ wasn’t the Canadian’s peak.

Chicago newcomers Whitney provided one of the most refreshing and heart-warming indie-rock records of 2016 with the country-tinged Light Upon The Lake, and the charming ‘No Woman’ never seems to tire on our ears.

Solange Knowles’ A Seat At The Table was a surprising and stunning release, and arguably the best effort in her career so far, and ‘Cranes In The Sky’ was its heart-breaking, fragile highlight.

Detroit prodigy Danny Brown unveiled the most intense effort in his career so far; Atrocity Exhibition, with the relentless ‘Really Doe’ as its bombastic crown jewel, boasting amazing appearances from Kendrick Lamar, Earl Sweatshirt and Ab-Soul.

Frank Ocean’s ‘Nikes’ was the opening track to 2016’s most talked about record, and was a dreamy, melancholic masterpiece that explored themes of love, lust, mortality and fame while setting the groundwork for the rest of Blonde.

Radiohead’s ninth album A Moon Shaped Pool saw one of the year’s most welcomed returns, and the lilting, ambient ‘Daydreaming’ showed the quintet at their most simple and sad yet soothing. Arguably influenced by Thom Yorke’s break-up with his partner of 23 years, it showed that Radiohead’s ability to make incredible drama and beauty from the barest of musical ingredients is undimmed after over two decades.

Do you agree with our list? What was your favourite track of 2016?