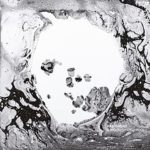 Radiohead may be the most talked-about band the UK has ever produced, always trying to stay ahead of the curve on their records and in their approach to the wider industry. So, on the 3rd of May when new single ‘Burn The Witch’ was made available after a cleverly orchestrated social media blackout, understandably the whole world went into pandemonium – this is the band’s first album since the experimental electronics of The King Of Limbs in 2011, a passable but not great album. It had been coming; the ninth effort from the Oxfordshire five-piece was the most highly anticipated album of 2015, never mind 2016. The best thing about A Moon Shaped Pool? It does nothing to harm the legacy of an already legendary band.

Opening track ‘Burn The Witch’ is a red-herring for what is to come. It serves as the most accessible track on an album (maybe since Amnesiac in 2001) but importantly ushers in the brilliant new age of Radiohead. With strings galore and running electronics the track bursts to life, the ominous warning from Thom Yorke’s falsetto is perhaps the most notable aspect however; opening lyrics “stay in the shadows / cheer at the gallows / this is a round up / this is a low flying panic attack” hint at a social commentary on the immigration turmoil in Europe and an attack at the press for their back seat coverage of the events that surround.

While ‘Burn The Witch’ incites freneticism, the rest of the record is a mellow and reflective affair, no doubt shaped by the separation from Yorke’s long-time partner Rachel Owen. Second single, and track on the album, ‘Daydreaming’ is a sombre blend of piano and electronics which usher in the real A Moon Shaped Pool, the one of sparse and mellow melodies and a familiar vulnerability. The songs final minutes see Yorke sing “half my life” in reverse in reference to his break-up, but the song builds past that and hits a faux crescendo before collapsing again and leaving the remains.

A Moon Shaped Pool is most definitely a product of its influences. There are times where Beck’s 2014 album Morning Phase is drawn from –most notably during ‘Desert Island Disk’ (a title which plays on the long-running Radio 4 programme where celebrities choose eight tracks they would take with them to a desert island and has seen the band mentioned by David Cameron most notably) a track with a Mediterranean feel from the acoustic guitar is countered by cold synths to create an off balance. While ‘The Numbers’ creates a warm sound with pianos to assist the guitar on its way to achieving a beautiful track which highlights the composing abilities of Johnny Greenwood to brilliant approval.

There are krautrock-influenced moments too, most notably during ‘Ful Stop’ –a track which blatantly steals from Neu!’s ‘Hallogallo’ with its rising synths. However, it is the aggressive nature of the intro, with bass and drums working to create a head-turning moment following the calmness that has occurred so far. The uncomfortable nature of the contrast only further serves to delve deeper into the psyche of the band and in doing so provides one of the album’s better moments.

If there were to be any complaints from AMSP it would be the lack of new material. Around half of the tracks from the album have originated in one form or another for many years now, with album closer ‘True Love Waits’ being originally performed live in 1995 – these tracks work, there’s no denying that, but it smacks of laziness, particularly as both The King Of Limbs and In Rainbows suffered from the same issue.

‘Identikit’ is one of those tracks written many moons ago, but with a more traditional alt-rock opening with the electronic drum and rhythmic guitar, the song provides one of the albums more memorable guitar lines. There is a danger in the guitars and a hallowing effect in Yorke’s vocal before the track implodes with an off-scale riff that builds and builds before the unsettling and abrupt end.

The element of a beautiful danger is never more apparent than in ‘Decks Dark’, an ethereal track which feels dystopian in its layers. The song uses extra-terrestrial matters to discuss the destruction in the world today. The twinkling pianos and the sparse electronics with floating guitars all come together wonderfully to create a jaw-droppingly good moment that eventually fades away to leave the listener spellbound.

There is a sense throughout AMSP that this is a collection of work which brings together the previous work of the quintet. Closing duo ‘Tinker Tailor Soldier Sailor Rich Man Poor Man Beggar Man Thief’ (brilliant title, btw) creatures a TKOL style in its use of strings and electronics. The track soars with the strings before the operatic falsetto fluctuates with the combination of fireworks to see the end in triumph. Before the previously mentioned In Rainbows­-esque ‘True Love Waits’ rounds off the album; with extravagant, yet simplistic, pianos delicately bringing providing the backdrop for Yorke to croon at the listener with bold lyrics “I’m not living / I’m just killing time” to provide poignancy to a magnificent record.

The greatest thing to say about AMSP is that it adds an extra layer to the work of Radiohead; by combining Krautrock, folk, electro and alt-rock this is a fully unique album. Everything is brought to the front, the orchestral arrangements, the guitars, the drums, the vocal –it is all there on clear show. The message of peace through vulnerability, regret and sadness are there for the world to see. A Moon Shaped Pool has been anywhere from 21 years to a few months in the making, but it was worth it. (8/10)

A Moon Shaped Pool is not streaming on Spotify at the time of writing – but it can be found on Apple Music and Tidal. Tell us what you think below!