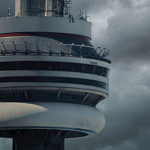 Widely known and hyped up as Views From The 6 until approximately 24 hours before his release before he ‘did a Kanye’, Views provides an insight into Drake‘s home city of Toronto. However, at a painfully long 81 minutes, this fourth album proper feels overly self-indulgent and too far of a return from the excellent 2015 mixtape-album If You’re Reading This It’s Too Late to a re-tread of 2013’s Nothing Was The Same.

The issues with this album are very apparent; Drake brought the sleepy style of rap to the forefront of music and this has led to acts like Childish Gambino and iLoveMakonnen coming to prominence (in the latter’s case especially this was due to Drake and their collaboration on ‘Tuesday’) but there’s only so much that can be taken in one sitting, and Views would be so much better if it was half the length.

The opening tracks of the album all fail to go anywhere interesting, with the Frank Ocean-styled ‘Keep The Family Close’ being a tepid choice of opening gambit. Although providing a suitable preview of the wintry side to the album, and Toronto with it, the jazz-fused intro would never be deemed one of the better tracks on the record (especially with lyrics such as “like When Chrysler made that car looked just like a Bentley” being a laughable and sadly a recurring theme).

The album fails to get going until the superb ‘Feel No Ways’, with synths and snares galore this brings the album to life. The sample from Malcolm McLaren’s 1982 track ‘World Famous’ works wonders as a backdrop for Drake to showcase a pop sensibility not too often seen on the record, before the string-led outro ties the song in with the album.

‘Hype’ follows with one of the album’s highlights; the dark intro and shots at Meek Mill and Kendrick Lamar provide a bite to the record – but it is the typically excellent production which makes this stand out. There’s a Jamaican tinge throughout the record that also provides some nice moments. The smooth dancehall vibe of ‘Controlla’ works well, but the baffling sample of Beanie Man instead of the Popcaan verse takes something away from the original’s release. Meanwhile, Rihanna collaboration ‘Too Good’ may not be as good as their previous releases (‘Take Care’ especially) but still works well in the album with an upbeat openness throughout, while Rihanna proves why she is so sought-after for a guest verse so much.

However, Views hits mediocrity rather too frequently – ‘One Dance’ at first feels like a refreshing change of pace compared to the rest of the record as the first openly dance track, but grates with its predictable feel over time. While ‘Summers Over Interlude’ sees a return to the drab, plodding feel and is yet another victim of the albums excessive feel.

Album title-track ‘Views’ is another brilliant moment, which again takes aim at Meek Mill following their highly-publicised feud last summer, with influences in gospel and a dramatic sound not dissimilar to Kanye West. Finally, smash hit ‘Hotline Bling’ closes, a brilliant pop track that frustratingly reminds us all of the subversive pop sound Drake has perfected over the years.

Views flatters to deceive at times, there are brilliant moments – but the album length is just too overwhelming to be as impactful as all of his previous efforts. Add to that some questionable at best lyrics and there’s an overall feeling of disappointment. Drake will continue to release sleepy rap tracks, but the constant inward looking at himself is something which needs to change; as Kendrick Lamar showed last year, you can look outward and inward and make a progressive record – this just feels like a step backwards. (6/10)

Views is available to stream only on Apple Music at the moment – if you’ve heard it, tell us what you think below!