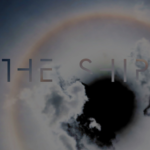 Nearly 50 years after his career began with Roxy Music, the legendary musician, composer and producer Brian Eno is still not content with resting on his laurels, still intent on breaking new ground and staking new territory for himself as well as his peers. Occasionally, his music fleetingly fits in with or fuels the zeitgeist (check out his 1974 debut Here Come The Warm Jets or 1977’s Before And After Science, or even his 1981 collaboration with Talking Heads’ David Byrne on My Life In The Bush Of Ghosts), but mainly he has operated on the sidelines. Having made two art-rock/electronica hybrid albums with Underworld’s Karl Hyde in 2014 which reminded the world that he could still apply his talents to something with crossover potential, he’s given us his second solo album release on the legendary Warp Records imprint – and his 25th in total.

Fittingly, The Ship completes a massive circle for Eno’s production career, as it was just over four decades ago that he released his friend Gavin Bryars’ The Sinking Of The Titanic on his own Obscure label in 1975, and this new release is inspired by the same historical event, and what the tragedy demonstrated about what Eno calls humankind’s balance “between hubris and paranoia”. Split into four tracks that segue pretty much unnoticeably into each other, ranging from 21 minutes to two-and-a-half, Eno has delivered another boundary-pushing record that will challenge people’s perceptions of what he does, and the first truly consistent one for a number of years.

The massive title track opens the album, accounting for very nearly half its 48-minute running time, and it begins in ambient, electronic territory to which Eno first staked his claim over four decades ago and has long since mastered. Serene, monologue synthesisers provide a welcoming experience, but there’s something more modern, rendered digitally, bubbling underneath that reminds of his work with Bowie in the ‘70s. Startlingly, Eno’s own sonorous bass voice bursts, chanting poem-like lyrics in a kind of monastic drone at about six minutes, joined by a number of other faint, disconnected voices, giving it a spine-tinglingly timeless atmosphere. Furthermore , Eno seems to hint at the senseless slaughter of World War I, with “wave, after wave, after wave” suggesting infantry as well as the more literal tides of the Titanic experience.

This is followed by another similarly goliath track, ‘Fickle Sun (I)’. At a touch over 17 minutes, it begins as a darker and more unsettling track clearly representing the sinking of the ship, as Eno mournfully sings “the boats are all astray / no one’s rowing any more”. Gradually, the track builds to a stunning, alarming crescendo with percussive crashes at its halfway point before quickly reverting back to its previous form. Then, it journeys off into string-laden territory, intruded upon with sharp, unsettling digital scrapes and bleeps. It’s the most challenging moment on the record, exploring a number of different ideas within the context of a singular, consistent piece.

Because of the space they dominate, those first two tracks are in many ways the album itself, with two more much shorter tracks, taking up under 8 minutes between them, function as a coda to ‘Fickle Sun’. Firstly, ‘The Hour Is Thin’ tells of a post-apocalyptic city in bizarre, not-quite-non-sequiturs set to calm, pastoral piano. This then bleeds into an absolutely beautiful finale, an uplifting, spiritual reading of The Velvet Underground’s 1969 track ‘I’m Set Free’, as if to elevate the listener from the sense of humanitarian distress and disaster and into a moment of catharsis and hope.

The Ship is a fully-realised musical journey, transporting the listener to a different place from where they started. For those unfamiliar with ambient, experimental music or intimidated by the thought of dealing with it – and believe me, it is daunting at first! – the highlights of Eno’s weighty discography have always been excellent places to start. The Ship most certainly scans as another one of these moments. (8/10)

Listen to The Ship here, and tell us what you think below!