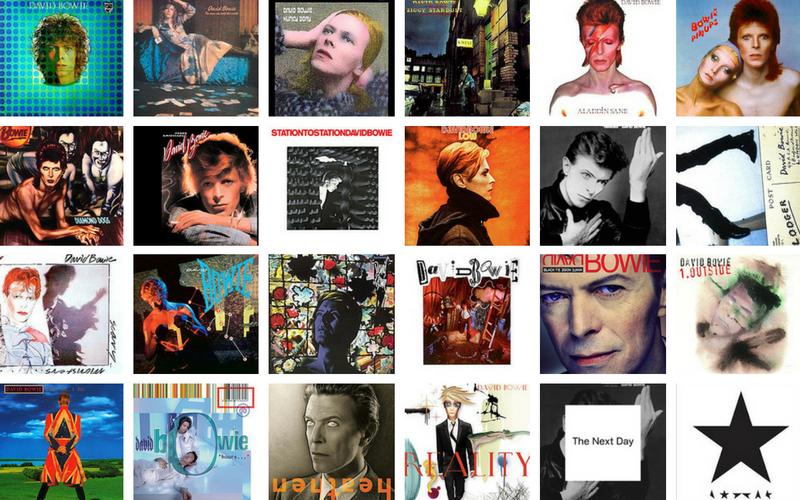 David Bowie’s collection of albums he amassed over a nearly fifty-year period arguably ranks as the most consistent and challenging body of work in the pop era.

His imperial phase, generally held to have lasted from 1970’s The Man Who Sold The World until 1980’s Scary Monsters (And Super Creeps) and incredibly spanning a dozen albums, is one of the most dazzling runs of form in pop music, seeing him undergo several artistic and stylistic reinventions, from Major Tom to Ziggy Stardust to the Thin White Duke.

But even outside of that run, there are 13 albums whose status is generally less well-known and in many cases under-appreciated. Granted, there were a brace of pretty terrible albums in the mid-‘80s, but the ‘90s saw Bowie still dedicated to innovation across a spectrum of media, most notably becoming one of the first major artists to embrace the possibilities of the internet.

If that legacy had ever been in doubt, Bowie triple-locked his place in pop culture history with the surprise 2013 release of The Next Day after nearly a decade of silence, which reminded everybody why they loved him as well as introducing his older work to a new generation of fans. One more album, Blackstar, appeared in January 2016, before it was announced just two days later, to the shock of the world, that David Bowie had died from liver cancer at the age of 69.

In honour of what would have been the great man’s 70th birthday, here are David Bowie’s twenty-five studio albums – excluding the two Tin Machine albums of the late ‘80s/early ‘90s and 1993’s TV soundtrack album The Buddha Of Suburbia – ranked from worst to best.