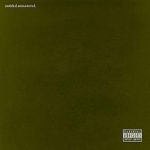 Kendrick Lamar may already have registered himself as one of the greats before the age of 30; having released the classic good kid, m.A.A.d city in 2012, he went on to better himself with what will certainly be regarded as one of the very best records of the decade, To Pimp A Butterfly, last year, so the surprising news that we are now getting some extracts from the album that didn’t quite make the latter’s cut is quite a big deal. To quote Kendrick Lamar via Twitter, untitled unmastered is exactly that: “Demos from To Pimp A Butterfly. In Raw Form. Unfinished. Untitled. Unmastered.” and while so often we’ve seen things like this provide a simple means for artists to gain more money, in this instance it provides a valuable insight into the mind of Lamar and the ideas he had for To Pimp A Butterfly.

Take opening track ‘Untitled 01 08.19.2014’ which begins with jazz and synths wailing before Kendrick speaks of an impending rapture and the moral panic people go through from “preachers touching on boys run for cover” to his own moral quandaries as he is asked by God: “What have you did for me?” for Kendrick to explain he only has a “receipt” before telling God he “made To Pimp A Butterfly to save man-kind for you”. This idea that Kendrick is doing a service for the people is one that Lamar wrestles with throughout the record; he closes the opener by implying he’ll never find the solace he desires as the rapture ends. The track fades away with peaceful keys with the message to do “whatever makes all of you happy” – it may not have made To Pimp A Butterfly, but what is clear is that Lamar is not using these demos to ease the listener; he still wants to challenge, unsettle and engage.

This fact is never truer than in the opening lyrics of ‘Untitled 02 06.23.2014’, a track which begins by paraphrasing Fannie Lou Harmer during the 1960s civil rights movement in a Harlem church. All this before referring back to ‘The Blacker The Berry’ and his internal struggles on picking a side to stand on; while in the ‘Blacker The Berry’ he’s a “hypocrite”, in ‘Untitled 02 06.23.2014’ he’s “a Gemini”. The fact that this is done to the same experimental jazz beat as ‘u’ from To Pimp A Butterfly shows just how many ideas Lamar had and why this album is a justified artistic exercise.

The idea of Kendrick being torn is one which is further explored during ‘Untitled 06 06.30.2014’ as Lamar again refers to himself as a “Gemini” as he pleads for everyone to embrace who they are (including his own negativities). Romanticism is something which wasn’t touched on very much on To Pimp A Butterfly, but as Lamar closes telling the unnamed woman “you’re the goddess of the odd / I am yours” it serves as a nice moment and a slight bit of relief from the Lamar we became accustomed to in the past year. The easy-listening hook from Cee Lo Green and production from Ali Shaheed Muhammed (A Tribe Called Quest) and Adrian Younge only helps this.

But for the lightness of the above there are still the serious issues tackled in ‘Untitled 03 05.28.2013’. The layered synths and drones provide the perfect backdrop for the flow of Lamar as he reflects on the values of different cultures (“Asians”: cultural pros of Buddhism from a Christian’s perspective, the spiritual connection “Indians” have with their land and not materialistic objects) before critiquing the desire for sex in black culture –and concluding that love trumps a one night stand anyway. In the case of whites, he lambasts the attitude of stifling minorities and ends with a NWA reference to ‘Real Niggaz Don’t Die’ to excellent effect.

The album also features delicate moments from collaborators SZA and Anna Wise in ‘Untitled 04 08.14.2014’ as SZA’s delicate vocal takes over from alternative drumming and the jazz beat from ‘U’ again. Conversely, Wise calms down ‘Untitled 05 09.21.2014’ following Lamar’s rapping on committing a drive-by shooting whilst drunk as she reverts back to the hook of: “Somebody said you bumped your head and bled on the floor” to justify that Lamar is forgetting who he is and turning back to old sins. Album closer ‘Untitled 08 09.06.2014’ provides the most accessible moment on the album while bringing in all previous topics from money, to greed, to unnecessarily bad attitude on first world cultures and how people in the rap world take their stardom for granted. The fact that Lamar is able to bring such issues to the forefront while providing a pop hook worthy of the best of albums rather than what is, let’s not forget, a collection of offcuts, speaks volumes about his ability.

That’s what untitled unmastered does; it serves as a reminder of the genius of Lamar and everything that was good about To Pimp A Butterfly. But what is more fascinating is that these moments didn’t make the record, that there was still so much creativity and ideas left. Some of these ideas just wouldn’t have made sense on the 2015 classic, but they’re given a breath of life here. untitled unmastered is a fantastic collection of songs, by a fantastic artist – well worth a listen from fans and non-fans alike. (8/10)

Listen to untitled unmastered here, and tell us what you think below!