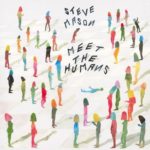 As the former lead singer of The Beta Band, Steve Mason has forged a strange path that has kept him running parallel to, yet separated from, the evolution of British indie over the last two decades. The band he founded with Gordon Anderson in the mid ‘90s produced one of the most criminally overlooked back catalogues of the latter-day Britpop era. Imagine if Pink Floyd had disbanded upon the departure of Syd Barrett, never made Dark Side Of The Moon et al, and remained a cult act for all time – that’s The Beta Band. Who knows what they might have recorded if they’d remained together. In any case, Mason has spent 12 years since their split recording as King Biscuit Time, Black Affair and then under his own name, producing a string of wildly different yet consistently acclaimed records.

However, none of those records have really nailed down Mason as a personality, often showcasing him as more of a curator of styles despite being a poignant, clever songwriter. 2013’s sprawling concept album Monkey Minds In The Devil’s Time was so totally different to Boys Outside (2010) that some were yearning for just a little bit of musical stability so that we might glimpse the man underneath it all. His third album, Meet The Humans, at last provides that moment. Mason has battled depression for a long time and only recently conquered his condition, attributed possibly to his recent relocation from London to Brighton, and everything about Meet The Humans suggests a new-found satisfaction (if not happiness), radiating quiet confidence and tender joy at every moment.

The presence of Elbow’s Craig Potter behind the production desk is a significant factor in the sound, held together as it is with exactly the same kind of majestic undertow that’s graced Elbow’s most successful records. Mason uses it to keep things sophisticated but simple, making many tracks distinctly of pop but one step removed from actually being pop, as these skewed but undeniably pretty and catchy songs meander their way into your consciousness as your mind surrenders to them, just like The Beta Band’s finest moments used to do.

There’s a refreshing immediacy to the beautiful, unrestrained ‘Water Bored’ and the bold acoustic guitars and melodica combination of ‘Alive’, which open the album with an appealing one-two. Soaring lead single ‘Planet Sizes’, which has received significant airplay via Radio 6Music, wholeheartedly embraces the ‘folktronica’ style with which Mason is most associated, suggesting a relaxed, anxiety-free approach to his music-making of late. ‘To A Door’, with its modest handclap rhythm and bouncy piano line, is another unabashedly joyous moment.

The less immediate moments simply take their time to get to the same destination, unfurling gracefully outwards before reaching glorious expanses of folk-pop and alternative rock noise. ‘Alright’ and ‘Another Day’ are no less effective than the more obvious singles on Meet The Humans, adding trumpets and scuzzy alt-rock guitars into the mix respectively. Mason’s optimism is often evidenced in little lyric snippets like “I looked inside the best of me”, sung in his low-key, yearning style, again not too dissimilar to Elbow’s Guy Garvey, which makes Potter such an intuitive choice as producer to showcase Mason. ‘Through My Window’, for example, is minimalist and contemplative, but not in the slightest bit maudlin. Truthfully, every track has its own character and moment of disarming charm, balanced between instant fixes and more complex explorations. Meet The Humans finishes with arguably its most crowd-pleasing moment, with the thundering drum loop of ‘Words In My Head’ a dead cert for festival slots this summer.

It all points to a man now at terms with himself and his demons, taking time to step back and appreciate the minutiae of life, but never coming across as self-glorifying or self-congratulatory. Meet The Humans is an unmitigated triumph, arguably even more distinctive a Steve Mason release than anything he recorded with The Beta Band, and represents both professional and personal victory for one of the most under-appreciated songwriters in recent British pop history. Hopefully it will lead to him receiving the recognition he so richly deserves. (8/10)

Listen to Meet The Humans here, and tell us what you think below!