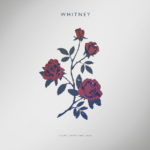 A seven-piece band whose key creative driving forces came together after the disintegration of Smith Westerns in December 2014 – their lead guitarist Max Kakacek teaming up with ex-Unknown Mortal Orchestra drummer Julien Ehrlich – Whitney deal in the kind of bright, unfussy and skilfully arranged alt-country made popular by Wilco, Midlake and Real Estate over the last 15 years. Their debut album, Light Upon The Lake, contains all the ethereality and timelessness suggested by such a title, but an awful lot of recent records to which one could apply such adjectives end up being slightly anonymous. What elevates this album, and causes it to stand out in a crowded marketplace, is the wide-eyed sincerity with which the contrasting, light and dark emotions of the songs are delivered, in a way that we haven’t really heard since Christopher Owens’ Girls fell apart nearly five years ago.

Kakacek, in some ways the band’s leader but who has ceded vocal duties to drummer Ehrlich, said he wanted Light Upon The Lake to be the sound of an “old-ass dude living alone”. It certainly is reflective and mature, the sound of vintage country and ‘70s singer-songwriters performed with the DIY warmth and effervescence of ‘10s indie. From the dulcet tones of opener ‘No Woman’, an original twist on the classic ‘travelling song’ conceit that contains lines like “I’m left drinking on the city train / midnight driving through the bay”, it’s immediately comforting territory for anybody schooled in rock history, but no less enjoyable for that. The bright, soulful production on the melancholic reverie ‘Golden Days’ sounds like the kind of thing Gram Parsons might be making now if he were still alive, while the title track comes across like Bon Iver’s Justin Vernon fronting The Byrds, with a sparse arrangement of picked guitars and a breezy disposition letting the light shine through.

There’s so much variety within the comparatively restrictive template Whitney set for themselves, even within what is only a 31-minute LP – the cool, dusky trumpets on ‘Red Moon’, the jaunty ‘No Matter Where We Go’ and the twangy AOR feel of ‘The Falls’ being only the most special. Ehrlich’s beautiful falsetto is marked by a palpable sense of melancholia that keeps the listener’s attention rapt. By repeating this trick consistently and without any trace of ironic detachment, these ten songs are transformed from mere genre exercises – what Pitchfork described as potentially “generically wistful” – into something genuinely capable of moving the listener. By hitting the clichés and platitudes straight on the bullseye, and playfully mixing up their musical influences at the same time, Whitney have paradoxically made something quietly ecstatic, an increasing rarity in the guitar scene in 2016. (8/10)

Listen to Light Upon The Lake here, and tell us what you think below!