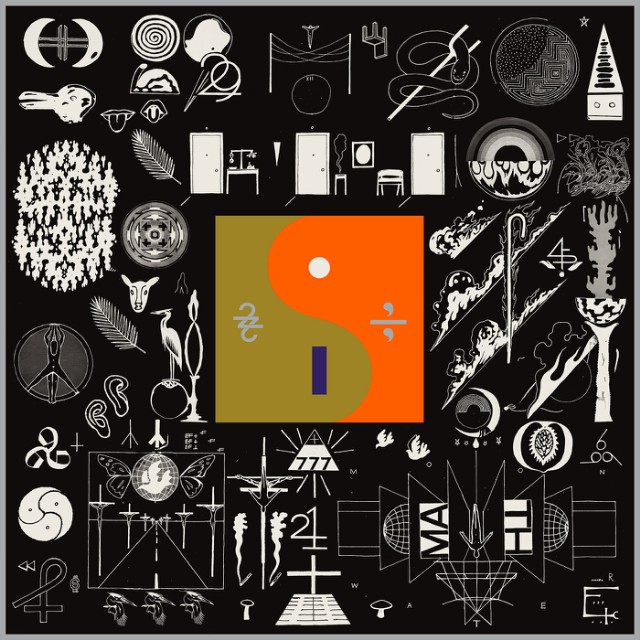 ’22, A Million’ not only manages to stray from anything clichéd but reasserts Justin Vernon’s status as one of the few artists that truly manages to make an art form out of his melancholic ponderings of the world around him.

There’s a lot to be said about Bon Iver’s newest release 22, A Million, whether you want to talk about the new avant-garde musical direction the band took, the experimental production techniques or the symbolism and cryptic references present throughout the album. If there’s one thing that the band’s newest effort does make clear amongst all of its subliminal messaging, it’s that it’s meant to be regarded as a work of art. The main question being, whether it succeeds in being anything more than a pretentious collage of Kanye West-esque ideas. The good news is that it almost always does.

Right from the opening track ‘22 (OVER S∞∞N)’ we are introduced to what makes up most of the album: singer-songwriter Justin Vernon’s trademark high-pitched vocals, sampling, disjointed lyrics that have become a bit of a staple in Bon Iver’s music and structural arrangements that are an obvious continuation of the band’s ideas from previous album Bon Iver, Bon Iver in 2011. The album doesn’t fall short on new ideas being implemented as well and Justin Vernon is obviously trying to push the album as far into this new direction as he can. Examples including songs like ‘715 – CR∑∑KS’, a hauntingly beautiful Auto-Tune and vocals-only arrangement, similar to the ever-famous Imogen Heap’s ‘Hide And Seek’.

The entire work is full of references to everything from area codes to the Bible. It’s not easy listening and it asks the audience to invest time and effort into trying to piece together all of the scattered pieces of its message. And while figuring out all the numerical, mathematical concepts combined with allusions to the spiritual, the religious and the occult, such as in ‘21 M♢♢N WATER’, isn’t exactly an easy task, those who do are treated to beautifully-put insights on relationships, duality and the mortality of all things.

It’s impressive and worth noting how the album manages to keep the listener’s attention and interest despite its somewhat highbrow artistic intentions as well as managing to keep the overall ethereal and ambient listening experience of the previous two albums. However, in some places, it lacks a bit of coherency in the individual songs itself. Some passages of the album, though few and far between, feel like a bit of a disjointed mess, meshing together ideas and production experiments, without much regard for how anything flows into each other or sounds overall, resulting in parts of the song ‘29 #Strafford APTS’ sounding like a botched attempt at mixing more than anything else.

Overall, no one can overlook the immense attention to detail Bon Iver put into this album. Everything, from the album artwork to the lyric videos (made in obvious tribute to the amateur fan-made lyric videos on YouTube from the last decade) has obvious thought put into it. Making a career out of sad, mostly acoustic songs for lost lovers seems to have been all the rage this past decade, but there’s no denying that Vernon, while making his debut in a similar fashion with his 2007 effort For Emma, Forever Ago, not only manages to stray from anything clichéd but is also one of the few artists that really manages to make an art form out of his melancholic ponderings of the world around him. (9/10) (Ellie Wolf)

Listen to 22, A Million here via Spotify, and tell us what you think below!