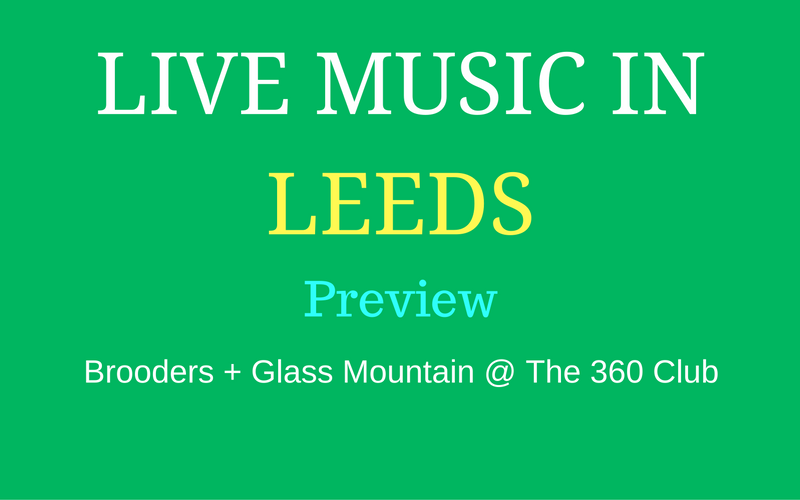 This weekend gives us a double-header of promising new bands playing at the 360 Club, located in the intimate yet satisfying surroundings of The Library pub near the University of Leeds, on Friday and Saturday.

Tickets and details for both these evenings can be found through the 360 Club’s Facebook page – they’re inexpensive enough to pay on the door in any event (£5-£6).

Describing themselves as a ‘psych-grunge’ band and taking their name from an English variant of the German word for ‘brothers’, everything about their tightly-woven, disciplined dynamic suggests Brooders are a classic ‘band as gang’.

Bradford’s Glass Mountain formed a little over a year ago from the remnants of a number of other local bands to create a spectral mixture of plaintive, post-rock atmospherics and raw, immediate riffs that promises a great deal in terms of ambition but also presents their own future as a bit of blank slate.

The Glacial EP, constructed entirely from live sessions, was launched back in June and received high praise from Clash magazine among others. You’ll get to hear this musically diverse selection of tracks rendered live in all their glory.

For fans of: Arcade Fire, Elbow