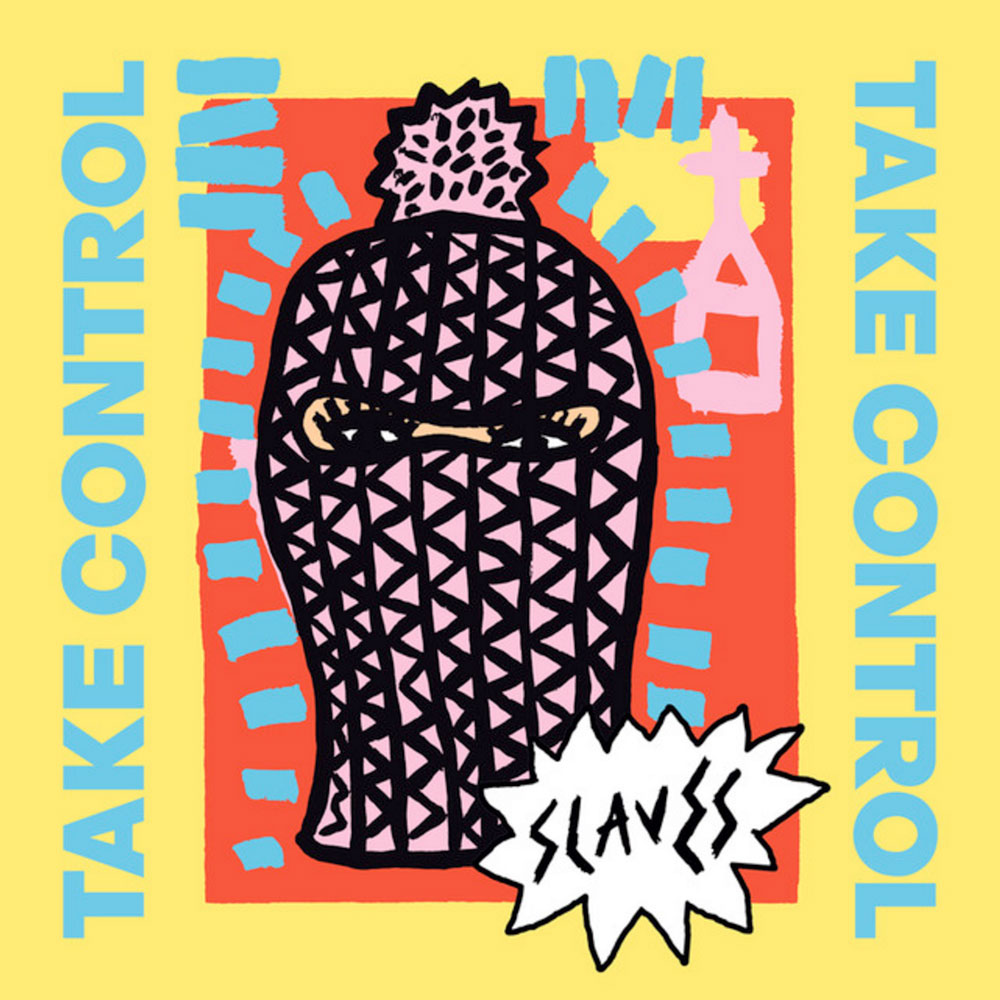 Expanding the palette of their influences for album two, ‘Take Control’ sees Slaves doing exactly that.

Slaves’ unruly second album Take Control progresses from the youthfulness of last year’s disappointingly shallow debut Are You Satisfied?, delivering a sucker punch to those who labelled the Kent duo as a one off novelty band by expanding the palette of influences from which they draw their economical sound. Produced by Michael ‘Mike D’ Diamond, it is a heavier and distinctly driven record, with a sense of spontaneity running through all 16 tracks that was missing from before.

Unapologetic opening track ‘Spit It Out’ is trademark Slaves, right back where we were last year despite not featuring on that debut: a full-bodied production and a chaotic lurching chorus designed to be aggressively chanted by moshing fans. The theme of rebellion continues: ‘Consume Or Be Consumed’ waves its middle finger towards those in power with its furiously infused rap creating an angry anthemic track.

Title track ‘Take Control’ shares in this attitude, providing a lyrical commentary in the form of a disenfranchised howl, on the current political environment. ‘Lies’ sees the band flirting with the indie rock vibe, with ‘People That You Meet’ even flirting with a heavily Stooges-influenced rhythm, which provide much-needed welcome breaks before an eruption of Isaac Holman’s southern tongue in stand-out track ‘Steer Clear’: an electronic backbone intertwined with a romantic sound of a feminine voice contrasting with the dark monologue.

Closing track ‘Same Again’ offers an impassioned protest against the repetitive lure of a nine-to-five job and the local boozer with its mundane lyrics “week in, week out/ I’ll get the next one” illustrating the pointlessness of living that kind of existence. Take Control sees Slaves doing exactly that – pointing out the flaws in current political systems and telling fans to take control of their own lives before it’s too late. (7/10)

Listen to Take Control here via Spotify, and tell us what you think below!