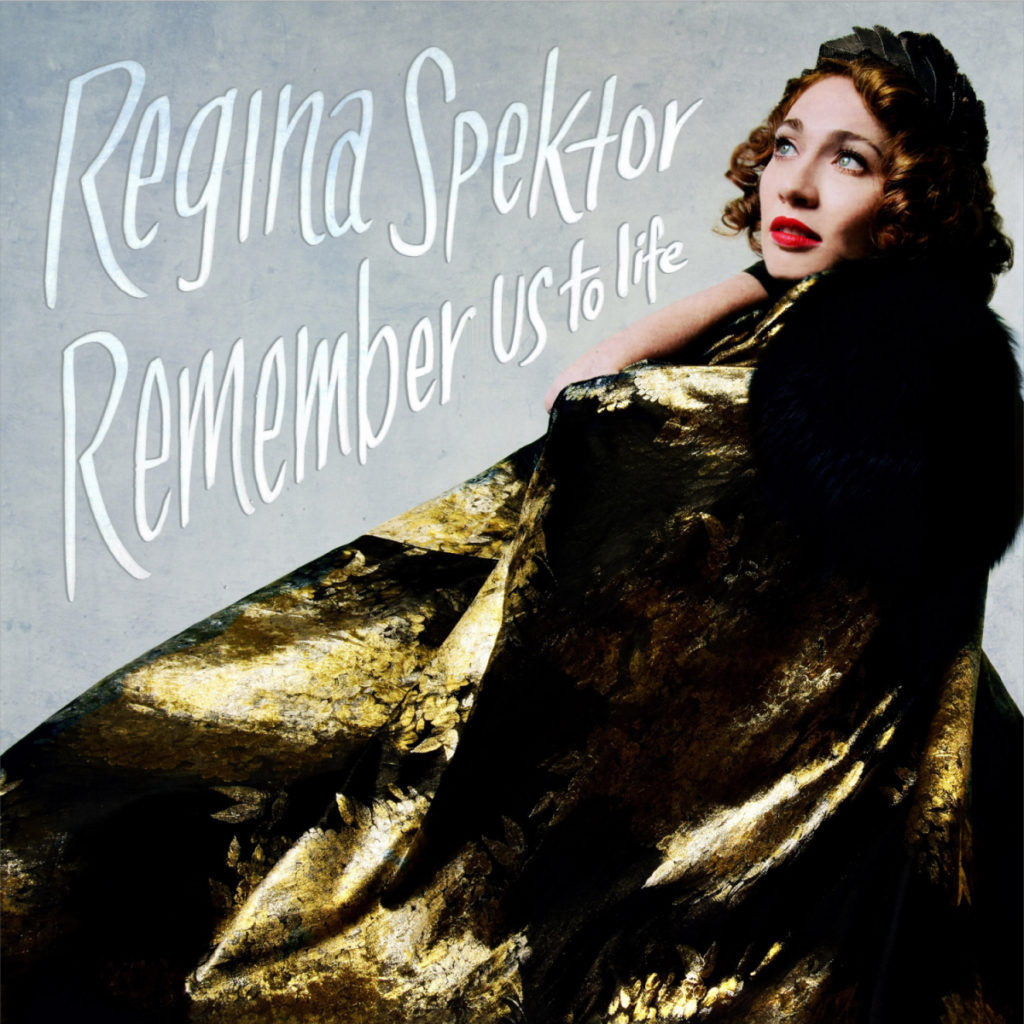 Regina Spektor’s seventh LP, ‘Remember Us To Life’, features many familiar charms and a new, if sometimes flawed, sense of ambition.

Regina Spektor‘s unique knack for storytelling has always been apparent – however, what hasn’t always been clear is an ambition in instrumentation. Remember Us To Life goes some way to changing that, but though there are new layers of sound, the album feels too disjointed to really take hold.

Opening track ‘Bleeding Heart’ is the perfect representation of the record; the added precedent put on electronics when combined with the Spektor’s typically perfect falsetto with piano style should be flawless. But the punch of the bridge doesn’t connect and leaves the track feeling flat. The same can be said for ‘Black And White’ as a simplistic structure fails to deliver behind a synth and piano combination.

The truth is that Spektor is at her best when she is at her most delicate and poignant. This fact is never more apparent than during album highlight ‘Grand Hotel’. The art of storytelling is in true abundance, while a quintessential rise and fall in the vocals recall Spektor’s roots splendidly with the addition of wintery textures to the record. ‘The Light’ evokes similar feelings, but its vulnerability isn’t as apparent and fails to blossom in the same way.

‘Small Bill$’ immediately sounds different to anything on the record. Darker in tone with more prominent uses of percussion and a sharper delivery allows the track to stand out. The Bollywood wave of the playful chorus creates an eerie contrast as the synths rise in the backdrop.

Tracklisting doesn’t often get mentioned when discussing a record, but when Remember Us To Life get it as badly wrong as it does in the closing stages of the LP it needs to be. ‘Obsolete’ should close the record; the track soars and rises with interesting ideas, similar to that of The Resistance era Muse, and fades away leaving the listener satisfied. However, it is then followed by the bland one-two of ‘Sellers Of Flowers’ and ‘The Visit’ leaving a sour taste of anguish towards the record.

Remember Us To Life shows a Spektor still keen to experiment after seven albums, and at times it hits the mark (Small Bill$). But the missteps made are too frequent to deem this one of Spektor’s better records. Flaws in the tracklisting and a lack of captivating experimentation means tracks like ‘Grand Hotel’ and ‘The Light’ only emphasise that Spektor is at her best when she keeps it simple as she can still tell a story better than most songwriters today. (6/10) (John Tindale)

Listen to Remember Us To Life here via Spotify, and tell us what you think below!