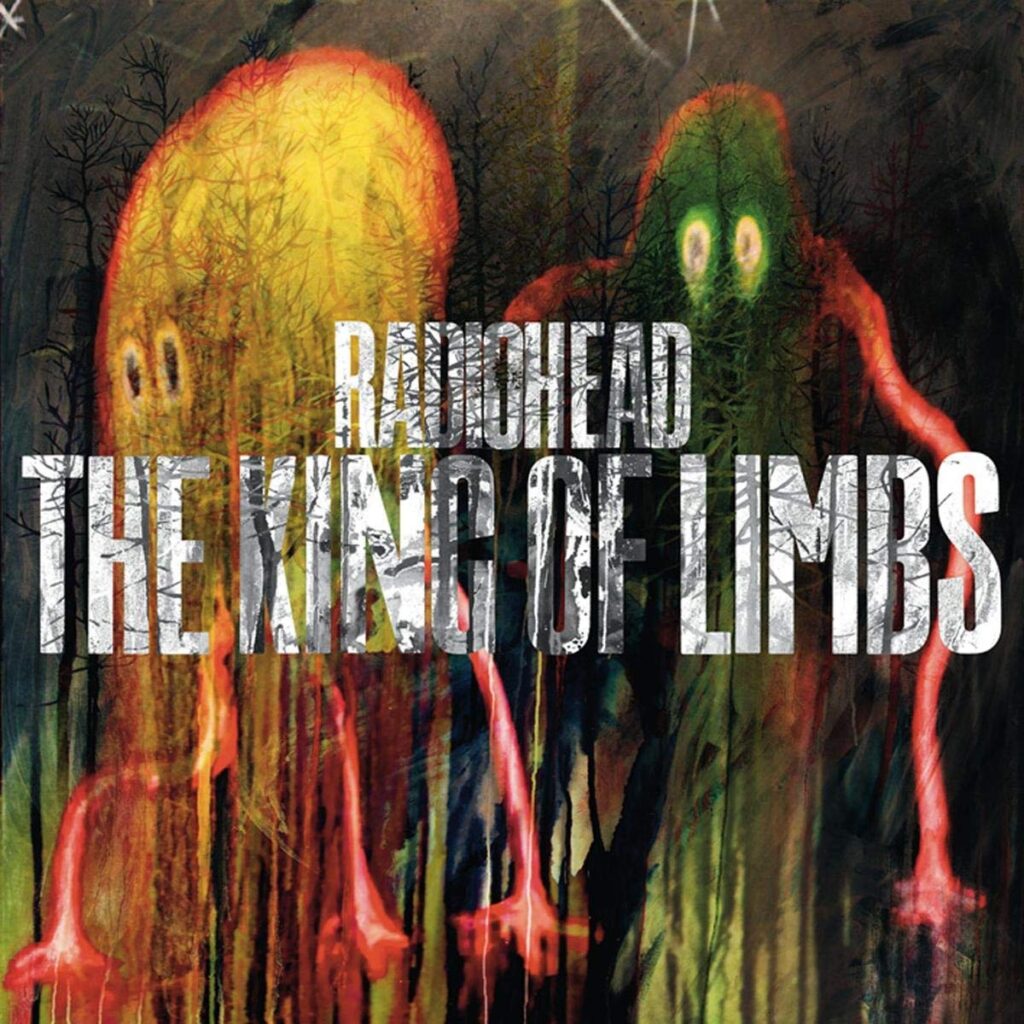 As it passes the tenth anniversary of its release, Radiohead’s eighth album The King Of Limbs is well overdue a favourable critical re-evaluation. Since it was released in early 2011, it has been regarded as the runt of the litter in their catalogue. Given that new Radiohead albums have always been events, from the striking beauty (and novel roll-out) of In Rainbows to uneven outings Hail To The Thief that have always been easier to admire than love, The King Of Limbs kind of passed under the radar, coming and going without a great deal of fanfare. In comparison to all of their post-The Bends albums that have rocketed straight to the top of the charts upon release (at least in their native Britain) TKOL landed at a rather more modest no.7 in the UK, and selling a tiny fraction of the kind of figures that they had been used to shifting in America. Ever since, it’s always registered as the vast majority of fans’ least favourite Radiohead album – or at least neck-and-neck with their historically maligned 1993 debut Pablo Honey – with very few people prepared to defend it or extol its virtues: including the band itself. While there was a short tour and a handful of prestigious festival appearances in 2012, almost none of its songs made it into the live setlists when Radiohead returned to touring in support of A Moon Shaped Pool four years later.

As far as we can see, The King Of Limbs’ diminished reputation is down to two major factors. Firstly, its comparatively short running length. With just eight songs spanning just over 37 minutes, the album felt slight and insubstantial at the time. Secondly, and we can’t be alone in thinking this, The King Of Limbs felt more like a Thom Yorke solo effort than a Proper Radiohead Album. The skittery, dubstep-influenced drum patterns felt rather precedented when put next to Yorke’s first solo album The Eraser and the work of producers like Burial and Four Tet, whom Yorke collaborated with at around the time of The King Of Limbs on the ‘Ego’ / ‘Mirror’ double A-side single. As such, while it closely tracked developments from the world of electronica, in much the same way that Kid A had taken influences from trip-hop and artists like Aphex Twin just over a decade before, The King Of Limbs felt like far less of a surprise. Perhaps it would have felt more revolutionary if it had come out back in 2000, in a different context where online promotion was in its infancy and music was far less available at the click of a mouse, but TKOL simply didn’t (maybe, couldn’t) have the same impact.

That there were no official singles from the album didn’t particularly help, despite a memorable choreographed video for ‘Lotus Flower’ that became an internet meme for Yorke’s jerky dancing. Radiohead chose to promote The King Of Limbs by publishing a free newspaper, titled ‘The Universal Sigh’ and containing artwork, poetry, lyrics and short essays from long-time visual collaborator Stanley Donwood, and distributing it independent record shops around the world. All of this was pretty low-key as a method of rolling out a new studio album from the world’s most respected alternative rock act.

Opening with the galloping drum loops and twilit electronica of ‘Bloom’, accompanied by a digitally manipulated vocal of Yorke intoning “open your mouth wiiiii-iiiide”, The King Of Limbs is characterised strongly by its rhythm section. There’s scarcely a guitar sound anywhere on the album, Jonny Greenwood instead employed in the service of generated alien, textured walls of electronica as a backdrop. The fidgety muted guitar riff that drives the intuitive ‘Morning Mr Magpie’ would have made for a great formal single, Yorke relating familiar Radiohead themes of dispossession and frustration (“you got some nerve coming here / you stole it all / give it back”). As with many Radiohead songs, the mood is one of uneasy calm, of peace that might be shattered at any moment. The itchy, tribal drum pattern of ‘Feral’ makes for arguably the most compelling moment on The King Of Limbs, the moment where Radiohead’s vision for the album seems its most outre and fully-formed. The shuffle and groove of ‘Little By Little’ marks the first and only significant appearance of any guitar aside from the skeletal, halting acoustic riff of ‘Give Up The Ghost’. These complex, sinewy rhythms were difficult to replicate live, to the extent that Radiohead roped in Portishead collaborator Clive Deamer as a second percussionist to aid Phil Selway when it came to performing these songs on tour.

But it’s not all highbrow inscrutability on The King Of Limbs. ‘Codex’ is a sublime, submerged piano ballad in the same vein as Amnesiac’s ‘Pyramid Song’ from a decade before. Closing track ‘Separator’ features some delicate, sparse licks of guitar over what stands as the album’s prettiest and most resplendent rhythm, and ends The King Of Limbs on a note approaching resolution, after a listening experience most fans felt was confrontational and frustratingly short.

Put simply, anybody else making a statement as bold as The King Of Limbs nearly two decades into their career would have been praised to the heavens, but because it Radiohead’s own consistently and incredibly high standards to which it was being held up, many onlookers gave it a mildly impressed shrug. Which is both fair and unfair, if you think about it. It’s hard to explain exactly why the reception for The King Of Limbs was so comparatively muted. Almost all of it relied on texture at the expense of melody, in a way that even Kid A and Amnesiac hadn’t. It was also very short, easily the shortest of all of the band’s albums. Certainly, it was a sound that Yorke persisted with in his outings fronting Atoms For Peace and his second solo album, Tomorrow’s Modern Boxes, both of which got a similarly diffident greeting from fans. But tellingly, there was enough raw material here for a huge series of remix EPs by dance luminaries ranging from Jamie xx and Caribou to SBTRKT and Blawan, telling us something of Radiohead’s wide embrace of influences outside alternative rock. Either way, it’s perhaps time for this unloved beauty to get the respect it deserves.

Listen to The King Of Limbs by Radiohead here via Spotify, and tell us what you think below!