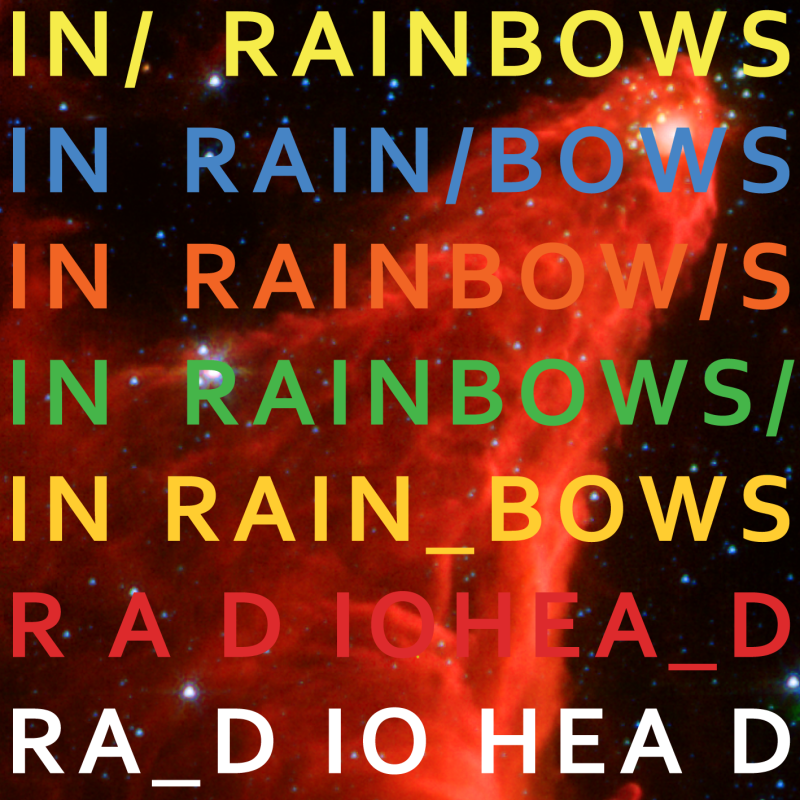 In retrospect, 2007 seems like one of the last good years humanity had. Of course, that’s a shallow remark to make, completely oblivious and unaware of the overarching trends that were already underway and about to make everything infinitely complicated. But one can be fooled by nostalgia into thinking that life was pretty good in ‘07. Steve Jobs unveiled the iPhone but the smart phone revolution hadn’t really begun in earnest, simultaneously connecting and isolating everyone from one another. The economy was troubling, as it always is, but the financial crisis of ‘08 hadn’t hit yet, and everyone was happily oblivious. Really, the only foreshadowing of the apocalypse-to-come was Britney’s infamous ‘meltdown’. It was during this time, on the cusp of a new, social media era and trending hashtag-fuelled society, when Radiohead released In Rainbows. Easily, one of the most significant and fondly remembered albums of the 2000s.

After two and a half albums of near complete reinvention – OK Computer and Kid A with its twin album Amnesiac respectively – Radiohead had seemingly grown tired of the constant pressure of innovation. 2003’s Hail To The Thief already signified this in a way, with the band digging up their old alt-rock roots as well as continuing to push heavy-handed electronics into their song writing. It wasn’t a bad or even an average album by any measure, however, it did pull the brakes on the band’s almost bipolar shifts in style. The release of that album also marked the end of the Radiohead’s recording contract with EMI, which basically meant no more obligations to release a record within a set amount of time or to do it in any particular way.

In the time between Hail To The Thief and the album at hand, both Thom Yorke and Jonny Greenwood embarked on solo projects, providing them with different outlets for some of their experiments, and giving the band some space to breathe. All of it, in the end, added up to perhaps the most freedom that Radiohead as a unit might have ever felt. This allowed them to take their time in recording, and to gradually figure out the tracks that would become In Rainbows.

From the first known attempts at recording the album, Radiohead, perhaps out of habit, were trying to “get out of their comfort zone”. This included parting ways for a short while with long-time producer Nigel Godrich. Of course, these attempts proved to be fruitless. Anyone who has ever been part of a creative process will tell you that the worst thing you can do is try to deliberately and stubbornly push something in a direction that’s stems from what you imagine you have to do than what you clearly need to be doing.

After a year or so of unsuccessful attempts to get a decent amount of material together, the band decided that the best way to write and test out new material would be a live setting. This will end up being reflected in the general atmosphere of the album by comparison to the few previous Radiohead records. While anyone could endlessly debate which Radiohead album is the best album songwriting-wise (which is partly what makes them such an enduring and interesting band) In Rainbows ended up possessing a quality of a genuine band, playing together.

The overall sound was more down-to-earth, warmer, more personal. Less imbued with the cold sense of Yorke And Greenwood holed up in the studio faffing about with laptops. One can clearly see this looking at their live basement sessions for In Rainbows. Thom Yorke genuinely seems to be having fun while the band is performing together, which is a sight in itself (not to mention the top-quality musicianship displayed).

During the tour, Radiohead debuted some new songs, as well as reworked versions of unreleased old fan favourites like ‘Nude’. Most of them ended up being on the new release. After the tour, Radiohead re-enlisted Godrich, and work on the release started in earnest. As mentioned before, the songs and the lyrics had more of a personal touch to them, despite the rumours of another highly political record circulating at the time. Yorke noted: “It’s about that anonymous fear thing, sitting in traffic, thinking, ‘I’m sure I’m supposed to be doing something else’”. And indeed, the album touches on some of the most personal topics to anyone. Everything from a single moment on a drunken night out on ‘Jigsaw Falling Into Place’, to death on ‘Videotape’ (“This is one for the good days / And I have it all here / In red, blue, green” – one of the most beautiful songs every written, in my humble opinion).

In accordance with this personal approach, when it came time to actually make In Rainbows available to the public at large, Radiohead opted for what was at the time a landmark use of the pay-what-you-want model. Ten days before the release of the album, Jonny Greenwood officially announced In Rainbows on Dead Air Space, linking to a website where users could pre-order a digital download of the album for any amount they wanted, even free.

In essence, the move prompted the public to think how much music is worth as well as prompting a debate about the current practices of the music industry. While making national headlines as well as being mostly positively received by the mass media, it failed to catch on as well as many predicted back then. This might be in part due to the negative opinions a lot of artists in the music industry expressed about this new ‘model’ – while it worked for established giants like Radiohead, it was of little value to the new artist struggling to break through. It might also be due to the fact that people began to value physical manifestations of owning music, as signified by the more recent boom of vinyl record sales.

What’s undeniable though, is the metaphorical resonance of, what was essentially and paradoxically, the marketing campaign for the album with the general aesthetic and lyrical themes of In Rainbows – namely, its freedom from expectations and personal significance placed upon objects and experiences. And the trend of marketing campaigns that are in congruence with ‘The Point’ of the album is the thing that stuck.

There’s a lot of things that can be said about each individual track, but really, all of the over-analysing and fan theories can be found and ingested over one late night on websites like Genius. The larger point to make about In Rainbows is that, above all else, it’s a record that’s consistently brilliant and confident. It’s a band that’s been constrained by the shackles of their own achievements finding a way to proceed about creating something new. It’s a band working together to the best of each individual’s abilities – and, a slight novelty, even sounding like they were enjoying themselves. From the odd-metered opener of ‘15 Step’, to the build-up and climax of ‘All I Need’, to the hauntingly beautiful closer that is ‘Videotape’, it’s 10 solid tracks without a dull moment, all flowing perfectly into one another, with another eight following on In Rainbows Disk 2 by the end of 2007. If one thinks of the album as a snapshot of the artist in time, it fits in perfectly with what Radiohead were at that point.

Listen to In Rainbows by Radiohead here via Spotify, and tell us what you think below!