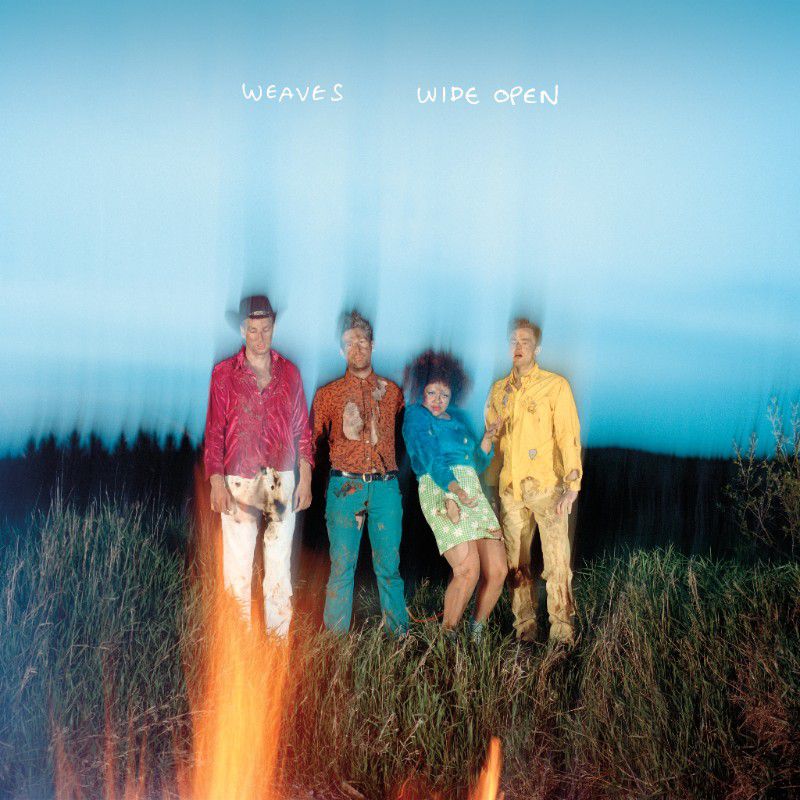 On their sophomore album ‘Wide Open’, Toronto’s Weaves exude increased confidence and identity that stands them in good stead for future efforts.

Toronto-based indie four-piece Weaves began their career back in 2012 when singer Jasmyn Burke and guitarist Morgan Waters met in a bar. With the assistance of Spencer Cole (drums), and Zach Bines (bass) the group began recording demo songs based on ideas Burke had written on her iPhone.

Just over the past two years the band have struck a deal with Brooklyn-based independent label, Kanine Records, released their first full-length album last year, toured with the likes of Mitski, and have performed at SXSW. In the midst of their busy schedule, the band has produced their latest release, Wide Open. In fact, Waters revealed to Exclaim! earlier this year that Wide Open is one of three recorded and completed albums. In the 41 minutes and 11 songs of this LP, the band perfectly packages the crisp quality of studio pop music, with the distinct grumble of lo-fi indie rock.

The album’s opening track ‘#53’ was released as a single prior to the album’s release, a clean-cut and anthemic piece of indie-pop in which Burke takes on the themes of heartbreak, chanting her refusal to be blindsided by reflecting on her past. The new single, ‘Scream’, takes on a grittier, messier tone, featuring guest vocals from Tanya Tagaq, an Inuk throat vocalist.  What begins as simple percussion and tinges of electric guitar, unfolds into cacophony. Tanya’s screams and bellows are soothed up against Burke’s soulful vocals, pushing the band to their loudest, most expressionist limits.

The album’s title track, and its longest, ‘Wide Open’ sees the band in a sombre, laid back state, tilting the record’s themes back to that of heartbreak. The song ‘Puddle’ then closes the album, Burke submits to her emotions and admits she’s “thinking of you”, her past lover. Lyrically, ‘Puddle’ is the polar opposite to the self-assurance expressed in ‘#53’.

Whether Waters’ comments on the band’s back catalogue are true or not, the broader picture shown by Wide Open is that, as a band, Weaves have a clear idea of who they are and what they are capable of musically, allowing them to create a promising sophomore album. (7/10) (Benita Barden)

Listen to Wide Open by Weaves here via Spotify, and tell us what you think below!