IN CONVERSATION WITH: Meadowlark 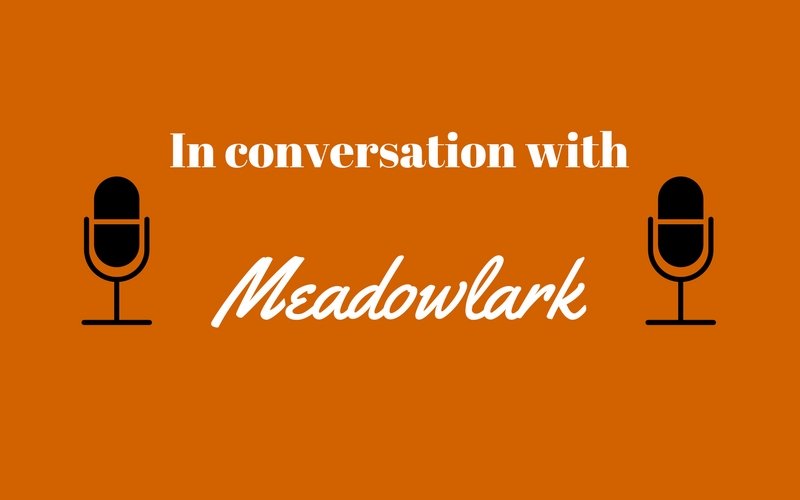 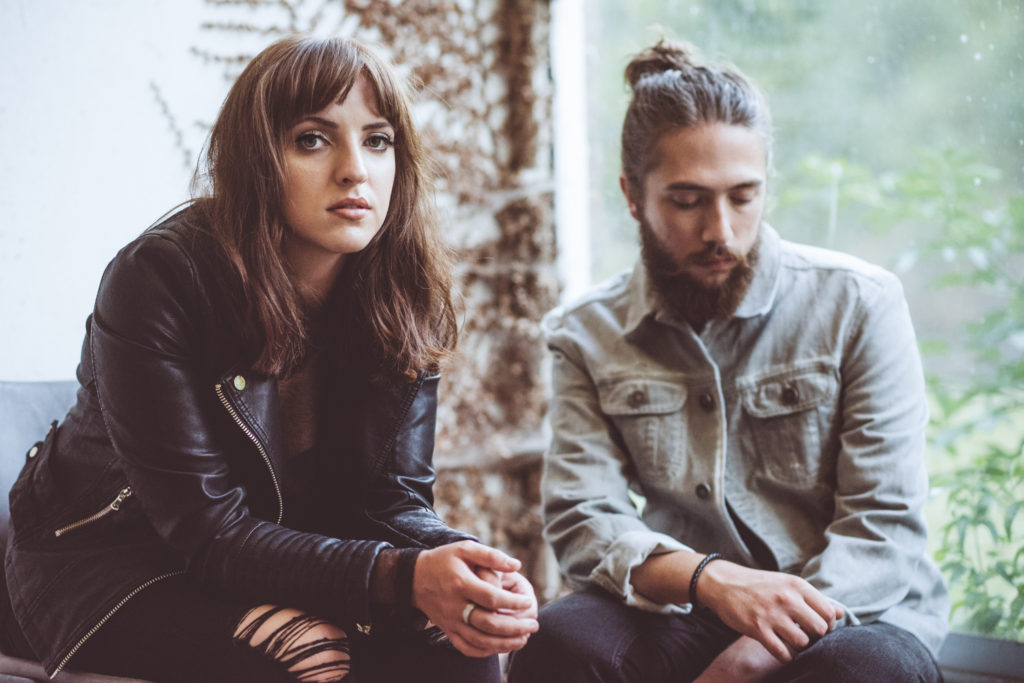 “How did you get your beard? I’ve been wanting to grow a full beard and I just can’t get that little bit, the soul patch, there’s a gap, my girlfriend has even photoshopped one at one point,” says Dan Broadley, percussionist and beat maker in electro-folk duo Meadowlark.

It may seem a strange introduction, but that’s exactly the friendly greeting one is given upon meeting the charming duo, ably fronted by Kate McGill on keys and vocals. “Yeah, I just had some chicken wings – they were good!” she later details as Dan tells me we are joint members of a vegetarian club following his ever-so-slightly stereotypical meal of falafel and pitta bread.

The level of calmness and joy makes sense. Meadowlark are on the back of their debut album Postcards, an album four years in the making following humble origins of Plymouth via Bristol, its release in June was a great moment for the twosome, as McGill enthuses:

“Yeah, I remember at midnight when the album came out and loads of people were excited about it an tweeting about it. I thought it was just me and Dan, but people were ready and it’s cool – it’s good to finally have a body of work out there.”

Still, it wasn’t necessarily an easy journey to where Meadowlark are now, as they swung back and forth from their electronic roots, towards folk and back again. “We were misguided a bit,” says Kate. “We started in a slightly more electronic realm; our debut demo Family Tree had a tinge of electronic music,” depicts Dan, “but then we went off-track and went all folk, when I think we were always thinking there was something missing, a texture we missed, so when we went on to release Dual [their 2015 EP], people were quite shocked by the implementing of electronics.”

When asked whether the process was still a fun one Dan is quick to state: “We were having fun, we would dance around the studio to our songs. We definitely pushed it as far as we can go electronic wise though, we tried synths, drums. It was fun.

“I think we have always imagined Meadowlark being a band like Coldplay. They release an album and you’re never quite sure what genre it’s going to be. I’ve always felt that, because Kate’s voice is really distinctive, we can play around with it – one album could be electronic, one could be folk, one could be grandiose with an orchestra… I like the idea of not being limited.”

This mutual adoration comes across throughout the interview, with one another constantly praising the other’s contribution to the process. One such example comes when asked about their backgrounds in the more visual side of music, with Kate making her name on YouTube initially, whilst Dan still directs music videos.

“It’s weird, people keep thinking I have this visual side of me, because of YouTube, that I never really saw,” explains Kate. “I saw it as me putting on a camera and singing. I am happy that people think that, but Dan is the more visually creative one.”

This visual creativity can be seen in the recent music video for ‘Sunlight’, which seems like a baffling affair at first, featuring bikes, multiple men in Donald Trump masks and lots of skin on show. “You mean what the fuck was that?” laughs Kate. Before Dan explains:

“I think a lot of people have made their own impressions and wondered how it fits with the song, for me, when it came to making the video, we had very little money and we were clear we wanted to do something interesting. We had a song about forbidden love and spending the night with someone you shouldn’t. I didn’t feel I could execute that in the best way possible with the budget we had, so I thought about forbidden love in a really weird sense.

“The initial idea was Donald Trump and Theresa May meeting in the same satirical sense you see in the video, but we couldn’t find any latex Theresa May masks, she mustn’t be a popular enough politician, but obviously Trump is a worldwide icon in a good and bad way, mostly bad, so I thought it would be cool to play on the prejudice. I think people know he is xenophobic and homophobic, so if we show this relationship between Trump and Trump, this gay romance, I’m not slandering him as a president… I’m just showing two characters. But it was interesting how it played on everyone’s prejudices because people knew he would have a problem with it. I remember editing it and waiting for the label’s reaction and when they came back they were like ‘I fucking love it’… thank God really.”

Of course, ‘Sunlight’ wasn’t the first time Meadowlark had released an ambitious video. Title-track ‘Postcards’ was a video made possible by fans as they flooded in their messages for Kate and Dan, and it was something not lost on the duo.

“It was amazing, our fans giving out such a personal message, and some of them were so deep and painful, and so raw,” says Kate. “I don’t think we were expecting that and I think Dan did it in the best way possible. ‘Postcards’ is a song we love so much and to have the messages of the fans in that song was wonderful. I have always been super open on the internet and I don’t like pretending I live this great life, where nothing goes wrong – though sometimes we all try and we are all guilty of that, but I want to eradicate that and talk about anything and everything.”

This desire to be open in their writing is reflected on each song during Postcards, though the band may take a more expansive approach on future projects. “It’s a really different process for every song, some of them we’ll have written together. Others I’ll come in with a melody or Dan will come in with a beat,” explains Kate. “I think we are more of a songwriting duo than we are a band. I think one of our favourite parts of being a duo is the way songs develop,” tells Dan.

“Most of the songs are about me so far,” Kate details, “but recently Dan has started to share himself more, so we might see more of Dan’s life on the next project – it’s not a lack of sharing from Dan though, I just put myself forward.”

The expansive approach may be seen sooner than we think with political videos already out there: “We’re a lot more politically engaged now, so I wouldn’t be surprised if there’s more of that on album two. Album one is mostly about the stuff we are going through on the day-to-day. I’m sure album two will be similar, it’ll just have some other stuff too,” muses Kate.

“We were recently looking for personal accounts of domestic abuse, and how we could portray that in the most honest way we could. I think we are starting to delve into the origins of the problem and I think on the next album we will be shining a light into the dark bits of life,” Dan says, before Kate interjects: “And because Dan is so good visually, he’ll be able to pick up something to help the song flourish. Fans can expect a more expansive approach for definite.”

But, for now, Meadowlark is still basking in a summer which has seen the band tour Europe for the first time, even if they may not be able to remember it.

“Oh God, don’t ask me about memories… Dan, do you have any?” asks Kate. “We got to play Berlin not long ago and I think it really started to sink in because when you go to Europe and you’re thousands of miles away from home, that’s when you realise your songs are resonating. We were playing this small club, a hundred people, but people knew the words and they were singing and clapping and dancing – it was like this thing further than we could have ever imagined.”

Still, when asked where Meadowlark see themselves in another four years – they are as modest ever. “I think we are both realistic, I don’t think we have visions of Wembley,” says Kate. “We just want to be doing what we are doing now.”

“You only fail by comparison, and I cement that in myself in every day,” Dan states. “It’s easy to compare yourself to others, especially with the internet. I think it’s great that Kate and I can pull ourselves away from each other and be like ‘look at what we have got’… if this carries on, then I think we’ll be the luckiest people ever.”