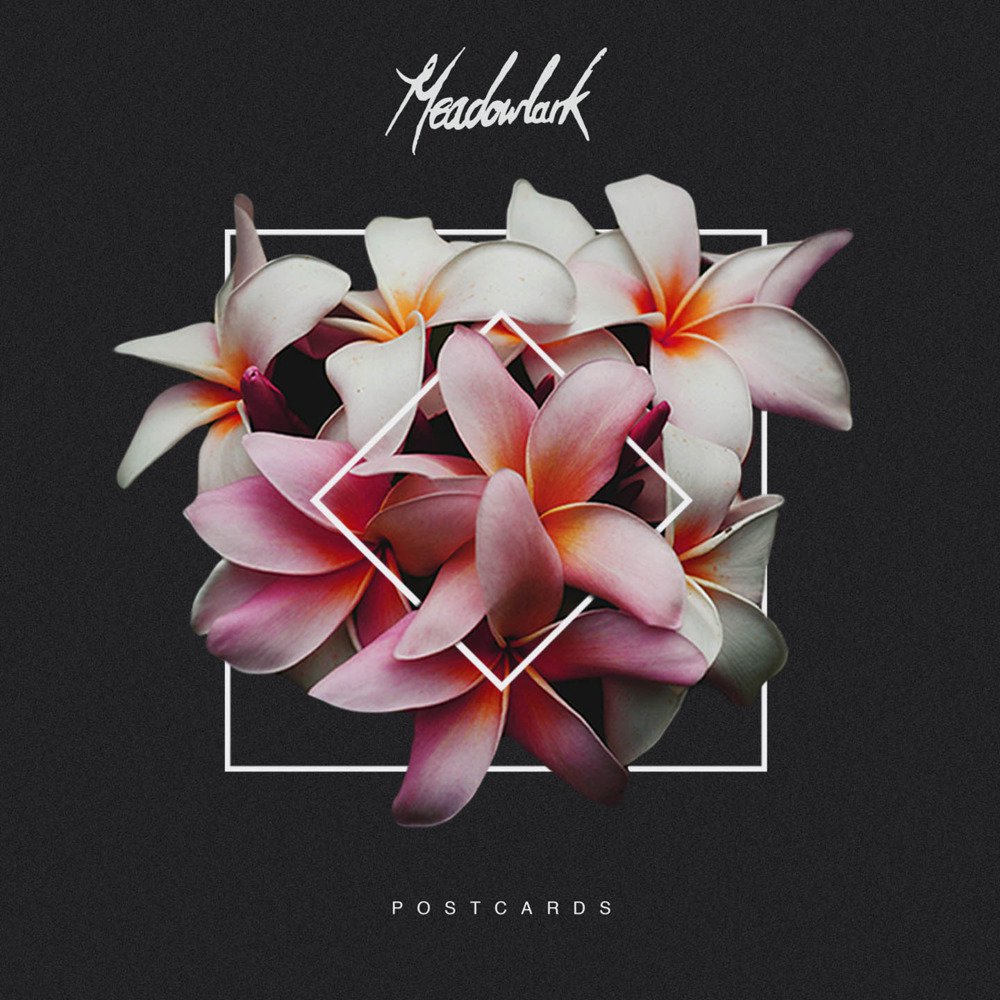 Meadowlark are an indie duo named after the American songbird, comprising of Kate McGill and Dan Broadley from Bristol and have been touring with the widely admired pop-rock outfit Amber Run over the course of this year. Their emotive, culturally-in style of production has meant a rise in popularity. On a personal note, I saw Meadowlark live at Leeds University Union with Islands and Amber Run back in February and now feel that more attention could have been projected by yours truly for their debut record Postcards.

Amber Run’s prevailing, ubiquitous track ‘I Found’, from their debut 5AM, is a template for Meadowlark’s musical direction so the groups touring together is an understandable match. Unlike artists The Amazons or Rag’n’Bone Man, Meadowlark have not appeared on the BBC’s ‘Sound of 2017’ list but are nevertheless making headway because, again, the millennial audience consumes their sound.

The opening track ‘Headlights’ is reminiscent of Toto’s immortal single ‘Africa,’ but without the cheesy and overdramatic lyrics, with its cushioning drum beats and domineering piano. In an interview with The Line Of Best Fit, McGill discusses the meaning behind ‘Headlights.’ “We both realised how young and how foolish we were when it came to ‘love,’’ said McGill, “I guess it’s just a shame that we’re both in our mid-to-late ‘20s, and people from our pasts never really got to see us in the way we wanted them to.” This is all tied in by the line “Did you ever see me for who I wanted to be?” in the chorus. One of this tracks niches is the sound effect of putting a CD into a player as the track fades in – a very pleasant touch.

I think it’s safe to assume that love and relationships is the topic at hand. The subsequent track ‘Sunlight’ seems to shine a light over one night stands (“If you’re only going one night / I’ll let you in before the sunrise”). University students, and young people in general, can relate to this which is why Postcards lays homage to this target audience. But as a lyrical beacon, ‘Fly’ prevails through almightily with picturesque lines like “Keep your brittle bones in the skin you love” and “Your lungs are designed to withstand the sea.” What’s curious about ‘Fly’ is that it appears to simultaneously imply letting go but also embracing. In other words, the message of this song is bizarrely paradoxical, but in a positive, thought-provoking manner.

Towards the end of Postcards, smooth guitars make an appearance on ‘Postcards’ and ‘Fly – Acoustic,’ the latter of which is Meadowlark’s most streamed song on Spotify. Here, it’s about the music rather than lyrical content. The synth/electronic dealings are good, in their own right, but a tad formulaic musically. In addition, the guitar balladry complements McGill’s angelic vocals better as well. The closing track ‘Little Boxes,’ with its clean electric guitar melodies, which could’ve come through more on the production, is one of the best tracks on the album.

McGill’s vocals throughout Postcards are faultless, displaying restraint yet emotional bravura. In addition, Broadley’s background music production is mostly enthralling. This is an album with easily forgivable hiccups as the messages portrayed are not to be overlooked. Being another beautiful entry into 2017’s indie collection, Postcards provides a perfectly sound explanation to catch Meadowlark on their upcoming UK autumn tour. (7/10) (Harry Beynon)

Listen to Postcards here via Spotify, and tell us what you think below!