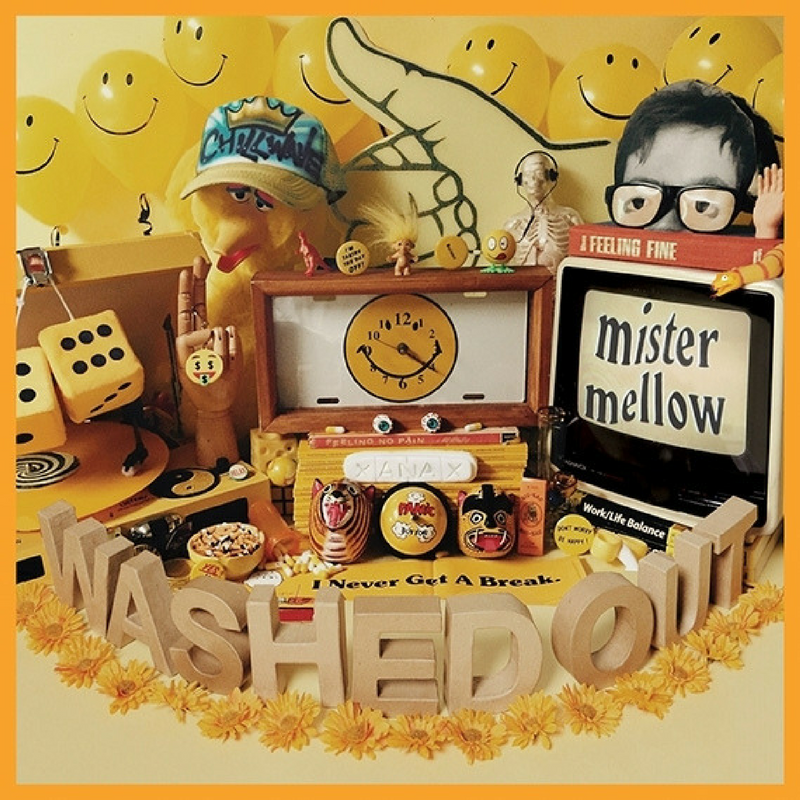 Ernest Greene’s third full-length Washed Out album is perfectly functional and enjoyable, but fails to push the boundaries of chillwave in any discernible direction.

Ernest Greene, better known as Washed Out, is a one-of-a-kind example in the music industry. His first ever EP High Times came out in 2009 and hit an against all chances profitable niche in between early lo-fi Ariel Pink recordings and the groove of J Dilla. After the chillwave scene’s godfather Chaz Bundick (a.k.a. Toro Y Moi) shared one of the songs off of High Times on his MySpace page, within weeks Greene became a sensation, propelled to absurd popularity by trendy blogs like the then active Hipster Runoff. Having never even considered playing any of his material life, the poor soul was now getting gig offers from all over the world, leading up to a signing with Sub Pop in 2011. And all the guy wanted to do was be a librarian…

Flash forward six years later, Greene seems to be more used to his indie fame status. His third studio album Mister Mellow seems to retrace some of the patterns that made his original analogue recordings so successful, now adding even more samples and a somewhat more professional sounding recording. But only somewhat.

There are some ear-catching meta moments on the record, such as the interlude ‘Easy Does It’, that samples a person talking about the stress of trying to balance multiple things in your life at once, and the following ultimately chill album closer ‘Million Miles Away’ that’s driven by a simplistic yet excellently produced beat and arpeggio-ed ambience. The things Washed Out is known for and excels at. Music to put on while you’re staring at a ceiling and/or eating a salad. A lot of it however comes off just a bit too much like a dancier rehash of his first EP, without doing anything to progress it into newer territory, except for a more hi-fi production, and it’s arguable if that really helps his music. Not that anyone really expected Washed Out to come out with anything else than mood music, but more distinction from a lot of Nujabes-rip-off amateur “YouTube producer” playlists would be nice. ‘Time Off’ is literally maybe three looped samples over some dude talking with the high frequencies cut off.

One thing Washed Out could never be blamed for on this release is false advertising. Mister Mellow is an extremely accurate title. It is what it is. It’s “chillwave” music, if that’s even a thing anymore. It’s something to put on the road while driving to meet up with your high school weed dealer. And it does it fairly well. You’d just wish that for one of the founders and leading lights of the genre, he’d seem more excited about taking it to new extents. (6/10) (Ellie Wolf)

Listen to Mister Mellow here via Spotify, and tell us what you think below!