REVIEW: Liam Gallagher – ‘As You Were’ (Warner Bros.) 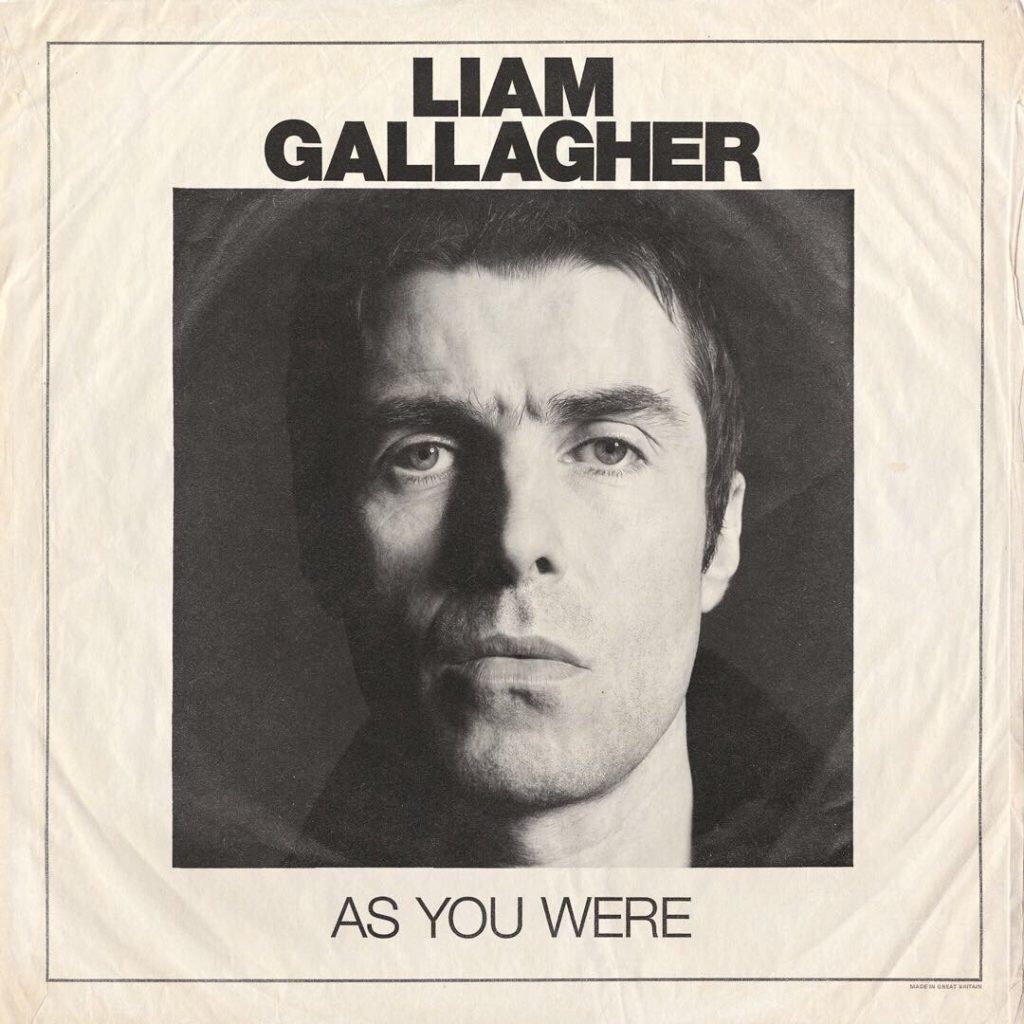 ‘As You Were’ is fundamentally solid, but it’s just too hard not to compare it to the brash public persona that Liam Gallagher has constructed and be a touch disappointed.

Gameboys, double denim, Mr Blobby… the nineties was in many ways a questionable period for popular culture. But those who weren’t doing The Macarena or crimping their hair, were in the grip of Britpop mania, characterised by the infamous Oasis vs Blur rivalry. If you were team Oasis, you then had to deal with the Noel vs Liam Gallagher family feud, which of course came to a head in 2009 when the band finally split. Despite the shock at the time, looking back, it’s frankly hard to see where they would have gone from there if Oasis had lived on. After Be Here Now in 1997, their output in the noughties was, aside from a few good singles, on a downward spiral.

Since then, the sibling bickering has continued, Noel returned with his High Flying Birds (or “high flying smurfs” as his brother lovingly calls them), and Liam formed the equally mediocre Beady Eye. Although as the musical brains, Noel may have had more chart success, it’s been Liam who’s mostly kept up the ‘90s spirit. Whilst Noel strums his acoustic guitar in his dad jumper, Liam’s still in his khaki anorak, swaggering around like a caricature of himself, this time using Twitter as his mouthpiece to spout abuse at the world. In fact, his Twitter stardom and viral videos about making tea, has spread his fame even to kids whose Oasis knowledge spans as far as ‘Wonderwall’.

So when it was announced in June this year that Liam would finally be making a solo album, we all hoped for something as witty, relevant and in-your-face as his online presence. A lot of people were just surprised to hear that this funny guy on Twitter actually sings too. Either way, things were off to a good start with the title, As You Were, named after his signature Twitter sign-off. Funny. Clever. Good marketing job. But unfortunately, that’s as innovative as it seems to get.

That said, opener and lead single, ‘Wall Of Glass’, certainly does pack a punch. Its leery harmonica riff and Liam’s surprisingly strong vocals has the gravity of an Oasis song, but is a damn good rock’n’roll track in its own right. Lyrically, it goes for the ‘older and wiser’ narrative, how he can “see what’s in your mind”, and so on. The reflective Liam continues at a slower pace with ‘Bold’, showing a more delicate side to the cocky Mancunian. You can almost picture a stadium filled with bucket hat-wearing middle aged men crying and waving their lighters. The thumping ‘Greedy Soul’ that follows quickly flips back to typical snarling LG form that we all signed up for. It’s nothing revolutionary, but it gets your heart pumping and your foot tapping and you’re left ready for the energy to continue. Yet what follows is instead a succession of generic, lamenting tracks until the album dwindles to an unremarkable close.

‘For What It’s Worth’ is Liam’s apology (yes, he actually says the word ‘sorry’) for his past because “sometimes we lose our way”. It wouldn’t be out of place as the finale to a Disney movie, so humble it makes you feel the same uncomfortable awkwardness as when you see the tough kid at school cry; it’s just weird. Things trundle along uncertainly, switching from more soppy ballads to frankly random moments like ‘Doesn’t Have To Be That Way’, whose reverb guitar comes on like a dodgy Tame Impala tribute.

Amongst all this is, however, ‘Chinatown’. It’s a short but sweet and mellow tune in which Liam half-attempts to paint a picture of 2017 Britain where “the cops are taking over / while everyone’s in yoga”. It’s not a usual Oasis, Beady Eye or Liam Gallagher sound, but its just the right level of endearing that actually ends up being one of the album’s highlights.

Like any Oasis-related product, it’s all too easy to criticise As You Were just for not being as good as the original. This, along with the fact that Mr Rock n Roll star is now in fact 45 with kids, makes Liam Gallagher’s place in today’s music scene feel not quite as secure or even relevant as it once was. But would we want him to leave? Of course not.

Whilst the lack of anything groundbreaking on As You Were somewhat weakens the (mostly self-proclaimed) boasts of him being ‘The Last Defender of Rock’n’Roll’, remember that Liam was always the frontman, not the innovator. He’s never attested to be an amazing songwriter, explaining why most of the album was at least co-written with Greg Kurstin (Foo Fighters, Adele) and Andrew Wyatt (Charlie XCX, Carl Barat). He knows where his limits lie, and you’ve got to admire him for making an astute calculation.

But the unavoidable problem with As You Were is that it’s just too hard not to compare it to the brash, lively public persona that he’s recently painted of himself, and be disappointed.

So anyway Liam, when are Oasis getting back together? (6/10) (Alice Williams)

Listen to As You Were by Liam Gallagher here via Spotify, and tell us what you think below!