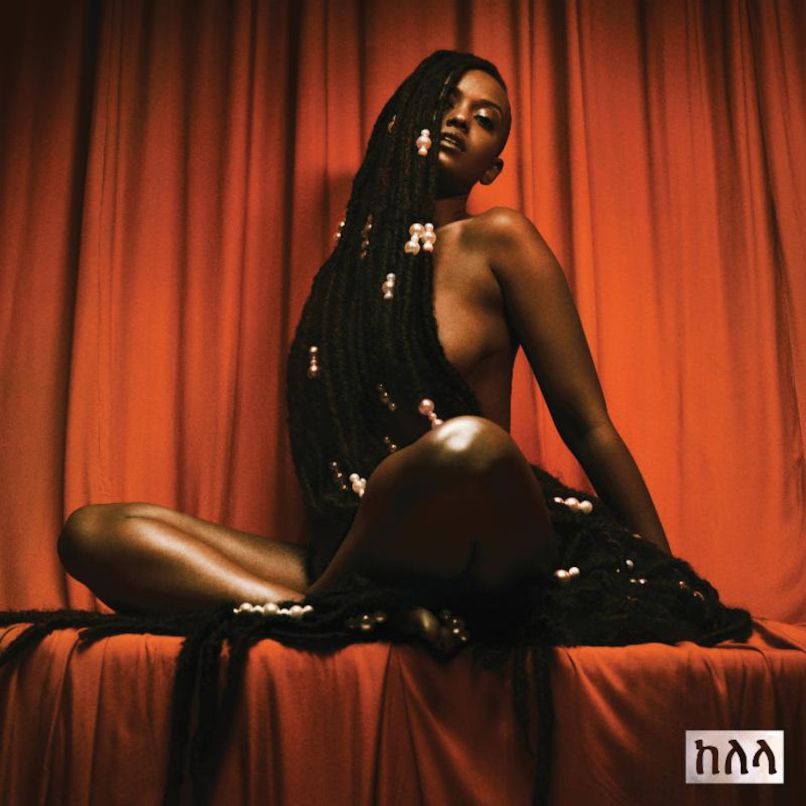 Pulsating, heady and intricately vulnerable, Kelela’s debut album ‘Take Me Apart’ is a strong musical statement in the world of innovative R&B.

Empowering and driven female R&B artists have been all the rage since the early 2000s. Styles ranging from poppy to soul, jazz influences shining through, these past few years have been extremely giving in this genre and Kelela Mizanekristos definitely brings in a new shade of R&B. The Washington-born artist draws her strength from the likes of Janet Jackson and Faith Evans, but her sound is closer to FKA twigs and Solange. Sitting atop a shifting, sometimes minimalistic synth soundscape, Kelela’s works have a freeing quality, the sensual experiences of body and mind exuding lyrically and sonically.

Kelela’s earlier works – the heavily collaborative mixtape Cut 4 Me (produced with Bok Bok, Nguzunguzu, Jam City and others) and EP Hallucinogen have gained the interest of many: Solange featured Kelela on her song ‘Scales’, Kelela also provided vocals for the newest Gorillaz album Submission. This fostered quite a bit of buzz in the industry for Take Me Apart – it’s been a long time coming. The album’s main theme is love – something not unusual to the R&B scene. What’s unusual is the way Kelela uses the genre just as an anchor, drawing from there her melodic vocals. Always moving and flowing, the vocal arrangements are unexpected and do not always follow an easily listenable pattern. “This record has been hard to make because I don’t have a singular zero, meaning, there’s not a song where I’m not stretching.” – states Kelela in an interview with the Vulture.

On the first listen, one can get the impression that Take Me Apart is very repetitive and monotonous when, in reality, it’s an intricate, breathy, extremely personal album bringing a fresh, futuristic sound synthesis into the R&B scene. From where do we get that impression then? It’s simply hard to try and swallow the entirety of Take Me Apart in one sitting. If consistent with subject matter, sonically the album varies more in shades than in colours, despite the plethora of producers Kelela worked with to create her individual sound. It would seem as if Bok Bok, Jam City and Arca were told to put their personal spin on a song, but didn’t want to stretch it fearing the album would end up too choppy and it ends up feeling boring instead. Luckily, that’s only the first impression and after some time, the audial movement and progression in Take Me Apart becomes more apparent. The subtle shifts and turns of clicking beats become one of its landmarks, making Kelela’s sensual and confident voice stand out while accentuating the fragility of the subject matter.

Kelela manages to thematically cover both the death and the birth of a relationship, picking them apart and showing the twists and turns of love and lust. She confidently cuts ties on ‘Frontline’: “There’s a place you hold I left behind, I’m finished”, gives into temptation on ‘Take Me Apart’, metaphorically rolls her eyes at a man not managing to give her respect during a casual fling on ‘LMK’ and illustrates the chase and games at the start of new love on seductive ‘Truth And Dare’. The crescendos of Kelela’s vocals fit especially well on tracks with Arca (‘Enough’ and ‘Onanon’), as the whirring and rattling production that established Arca as one of the most innovative beat-makers and producers in the industry right now elevate Kelela’s sound. Arca’s soaring and airy soundscape provides the needed base for Kelela’s “It’s not enough (hold her hand)” to echo. The visuals of water are constant throughout the album – both the sound of water and lyrical material reference it, suggesting the idea of constant change in relationships.

That being said, in her music, just like in the cover art, Kelela is bare – vulnerability of which she takes pride in is put forward and presented as a strength. In this vulnerability, the listener can revel as Kelela deconstructs the subtleties of romantic love while pushing forward musically in the union of dance beats, vintage “Jupiter” synths and creamy flourishes of her own voice, creating an album that could be called an R&B and neo-soul staple of today. (8/10) (Aiste Samuchovaite)

Listen to Take Me Apart by Kelela here Spotify, and tell us what you think below!