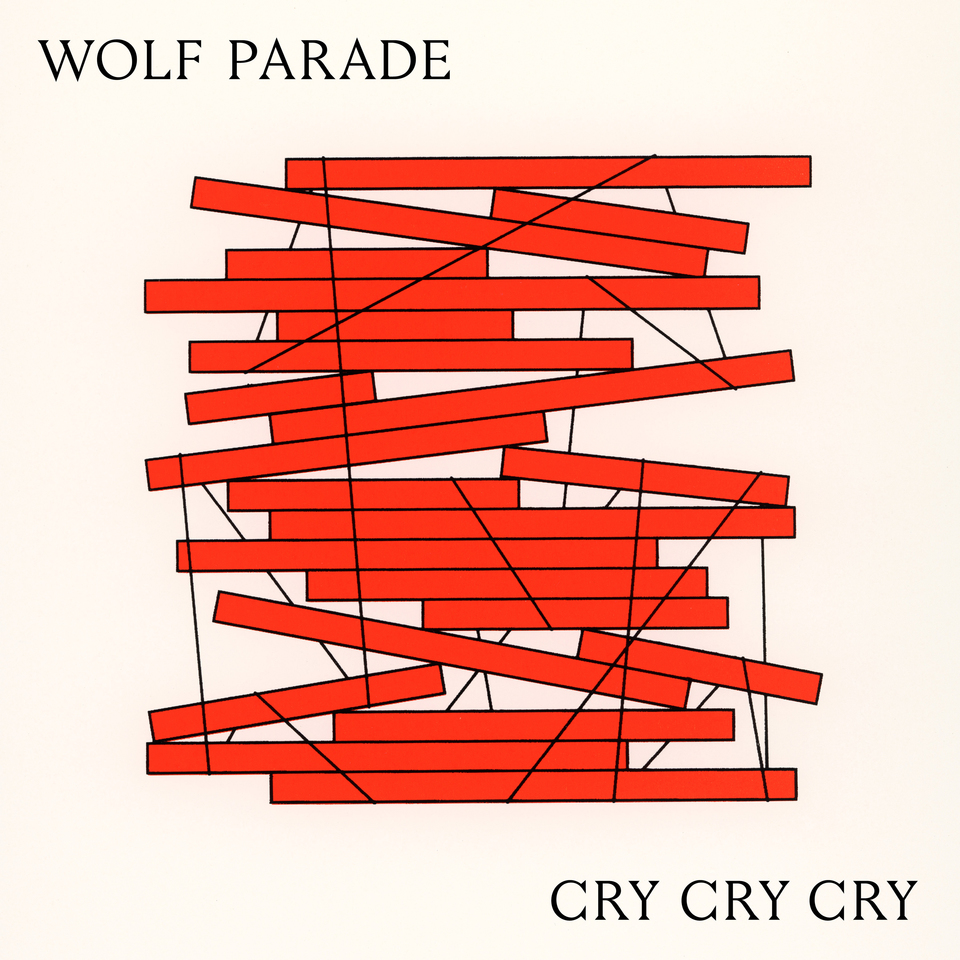 After a seven-year hiatus, it’s a great relief that Wolf Parade are in fine form as ever with their fourth album ‘Cry Cry Cry’.

After announcing an indefinite hiatus in 2011, the future of Wolf Parade was brought into question. In their early days, the band recorded three consecutive albums in just under five years, the last of which being Expo 86 way back in 2010. Their eclectic line-up, which consist of two very prominent figures, singer-songwriters Dan Boeckner and Spencer Krug, as well as Arlen Thompson (drums) and Dante DeCaro (guitar), has been involved with other projects over the years, making it hard to guess whether the band would ever record another song together. However, their debut album, Apologies To The Queen Mary, from 2005, has always been a reminder that Wolf Parade are capable of creating something excellent and worthwhile.

Wolf Parade have been pretty much absent from the music scene for the past seven years, but their comeback album, Cry Cry Cry, is definitely noteworthy. On their newest release the Montreal-based quartet sound somewhat like a band pulled out from a different decade – influence of the ‘70s rock can be found on the album, amongst ‘80s synths which can also be heard, if you listen carefully. There are also moments on Cry Cry Cry where David Bowie’s influence can be heard, something that the band has successfully explored on their previous records.

Their newest LP sounds confident and cohesive and it seems like the hiatus did not do much damage to the band’s ability to work together and produce invigorating rock music, which is incredibly enjoyable, as well as meaningful. On Cry Cry Cry it has also become clear that Boeckner’s and Krug’s creative powers bring just the right chemistry into the recording studio.

The album is saturated with compelling and well-balanced, but often heavy arrangements, as well as charged with quite adamant lyrics which contain a clear message. Wolf Parade aren’t shy of displaying their thoughts and feeling towards the 2016 U.S. elections, presenting their views on songs such as ‘King Of Piss And Paper’ and ‘You’re Dreaming’. On ‘King’, Krug cries out “When the king is made of paper, And the king is made of piss, The king is coming down the fucking wall […] Saw the generation under me, Crying on the news, Oh I guess they have the blues”, while ‘Dreaming’ brings more visual perspective to the table, describing “All these scenes of shattered glass, All your systems in collapse”.

‘Valley Boy’ is yet another politically oriented song and a track which Krug was triggered to write after Leonard Cohen’s death in 2016. It is a powerful Bowie-inflected anthem with a lot of poignant reflection and sorrow bleeding through the lyrics: “Did you know that it was all gonna go wrong? Did you know that it would be more that you could bear?”

Cry Cry Cry offers much more to the listener than one would expect. There are moments of contemplation on it and frustration with the puzzling state of today’s political atmosphere. Wolf Parade do not hold themselves back from revelling their convictions, but they are also perfectly capable of doing that in an eloquent and effective way. Wolf Parade’s music has many faces and while indulging yourself in the lyrical content of the band’s songs isn’t necessary, it will definitely help with understanding the sudden outbursts on ‘Who Are Ya’, moments of psychedelia on ‘Baby Blues’, or the insanely powerful and energetic ‘Artificial Life’. (8/10) (Alicja Rutkowska)

Listen to Cry Cry Cry by Wolf Parade here via Spotify, and tell us what you think below!