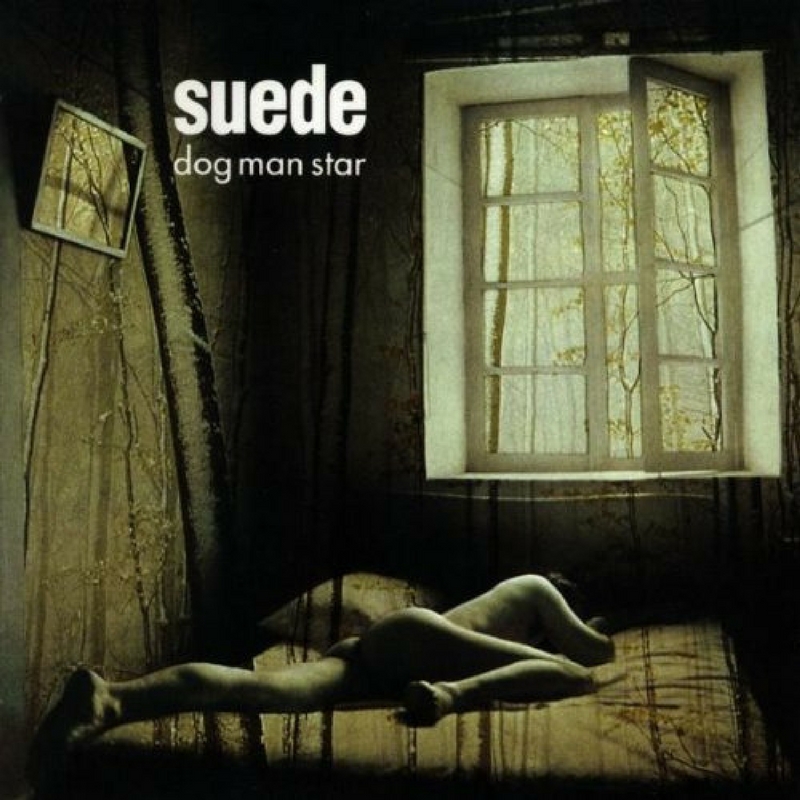 If you’ve heard of Suede, it will be either for the seedy, low-rent Bowie glam of their Mercury-winning self-titled debut, or for the shiny, highly melodic FM pop-rock of their third album Coming Up (1996), which spawned an unrivalled five UK Top 10 singles. Between those two commercial high points came 1994’s Dog Man Star, an ornate and sprawling record that is the very definition of ‘flawed masterpiece’.

Released in 1993, fuelled by music press hype and a riotous performance of ‘Animal Nitrate’ at the BRIT Awards, Suede became the fastest-selling debut album by a band ever, and is credited with lighting the blue touch paper for Britpop. The songwriting partnership of magnetic frontman Brett Anderson, a kind of half-hooligan half-waif whose style was pitched somewhere between Bowie and Morrissey, and their prodigiously talented guitarist Bernard Butler was – listen to the first disc of B-sides album Sci-Fi Lullabies for evidence of the kind of brilliance that they couldn’t find room for on their albums.

But during the promotional tour for their debut, cracks started to appear in their professional relationship, setting in motion a sequence of events which would ultimately end in Butler’s departure from the band. Butler’s father passed away suddenly, causing him to become isolated and distant from the other band members, who themselves were indulging in all manner of excesses, while on tour in the States. The release of a stand-alone single ‘Stay Together’ in February 1994 signalled a change towards a more experimental, expansive style at over eight minutes in length. While it became their most successful single to date, hitting the Top 3 in the UK, it was soon disowned by the group.

When Suede eventually entered the studio, Butler clashed with his bandmates and the producer Ed Buller over the structure and direction of the new songs, demanding that they be longer and even more experimental, at one point resorting to recording his guitar parts separately. Eventually, Butler issued an ultimatum to the band to sack Buller or sack him – Anderson called his bluff and Butler was excluded permanently, leaving the group to finish the sessions without him. To tour the new album, the group had to hire a new guitarist at short notice and settled upon Richard Oakes, a 17 year old who had sent the band’s fanclub a tape of himself playing note-perfect versions of songs from their debut.

So that’s the history lesson dealt with, but it’s important to place Dog Man Star in a context. The twisted gothic landscapes of the music itself are a reflection of the state of upheaval in which it was made. Dog Man Star takes place in a burnt-out, suburban dystopia, taking the low-rent themes of their first record and magnifying, distorting and elaborating upon them until they became nightmarish and grotesque. The post-apocalyptic lead single ‘We Are The Pigs’, whose guitar work is a lot more ornate, displays it instantly (“police cars on fire / you wake up with a gun in your mouth”), arriving straight after a bizarre opening salvo ‘Introducing The Band’ that deploys hallucinatory lyrical contrivances (“the tears of suburbia drowned the land” alongside “stabbed a cerebellum with a curious quill”).

Though the band was in structural turmoil, which would sometimes spill over into the lyrics, the music itself showed no sign of it. The interplay between Anderson’s alluring vocals and Butler’s intricate guitar lines is consistently spectacular. The brash, stomping glam of third single ‘New Generation’ is the highlight of the album’s first half, which is beset by some strange yet memorable moments. The daft FM-rock ballad ‘The Power’ (“if you’re far over Africa / on the wings of youth / or if you’re down in some satellite town / and there’s nothing you can do”); the thinly veiled drug references on ‘Heroine’; the bizarre, skeletal ‘Daddy’s Speeding’: all are imperfect songs in and of themselves and make little sense on their own, but the hubris and conceit that causes those imperfections strangely seem to work in the album’s favour when viewed as a whole.

That sense of overblown melodrama works much better when Suede really pull out all the stops, particularly in the second half of the album. After the skronky, sleazy ‘This Hollywood Life’, things turn rather gothic on ‘The 2 Of Us’. Anderson’s authorial voice is of some Byron-esque, housebound opium fiend reflecting on a heartbreak in the most overblown and cinematic of ways. Built from hauntingly intimate piano, it builds up into a portentous, brilliant finale. It’s a similar story with ‘Black Or Blue’, a point at which the conceits of Dog Man Star start to creak a little, but nevertheless remain captivating.

However, it’s the nine-minute ‘The Asphalt World’ is perhaps the best representation of Dog Man Star’s musical excesses, also serving as a metaphorical headstone for Anderson and Butler’s deteriorated relationship. A tale of a demonic, drug-fuelled love rivalry set to sparse instrumentation and boasting an ornate guitar solo in its middle section, Butler and Anderson fought bitterly over ‘The Asphalt World’s structure and sound. Butler originally wanted it to be 25 minutes long – what you hear is actually a compromise!

What’s crucial, despite the flaws, is that Dog Man Star is delivered with total sincerity, and doesn’t sound forced. Anderson was heavily using heroin, and although he worked slowly it was being channelled towards artistry and explains the strung-out, intricate and sometimes overblown nature of the songs. Reflecting in 2011, he said “we were competing with the great records of the past; that’s what we had to prove with it. I was trying to write without any boundaries. I was living in a bizarre house in north London, taking lots and lots of hallucinogenic drugs, and writing in a stream of consciousness about anything I wanted and pushing myself as an artist.”

Dog Man Star certainly transcends its time and place, sounding like something released in the ‘70s, totally unafraid of musical and thematic excess. Take the fully orchestral closer ‘Still Life’, a musical shorthand for the album’s tendency to spill over into hysteria, where Anderson’s swooping vocals border on ludicrous. Much better is the show-stopping second single ‘The Wild Ones’, where the same lighter-aloft histrionics and clichés are executed absolutely perfectly.

As a package, Dog Man Star is one of the boldest and most opulent second album statements from a commercially successful group ever. Any major label would have rejected it out of hand and told Suede to deliver something more along the lines of their debut, but their indie imprint Nude went along with the gamble. Relatively speaking, it was a failure, only hitting number 3 in the UK and tumbling out of the charts fairly quickly. Britpop, the scene they had helped to popularise, had moved on without them in the space of only a year. Reductivism was now the trend, epitomised by Blur’s Parklife and Oasis’ Definitely Maybe. By contrast, the florid grandiosity of Dog Man Star was now radically out of step, harking back to another era entirely.

Their fanbase, however, adored it instantly, and over time critical opinion came to share that view. An impeccably curated, limited edition box set full of B-sides, TV performances and a 48-page booklet was released to mark its 20th anniversary, and is still the final word on this often overlooked masterpiece. Though all of Suede’s other albums with the exception of 2002’s turgid A New Morning have sold more copies, Dog Man Star is the pinnacle of their artistry, and a lasting monument to the Anderson / Butler partnership.

Listen to Dog Man Star by Suede here via Spotify, and tell us what you think below!