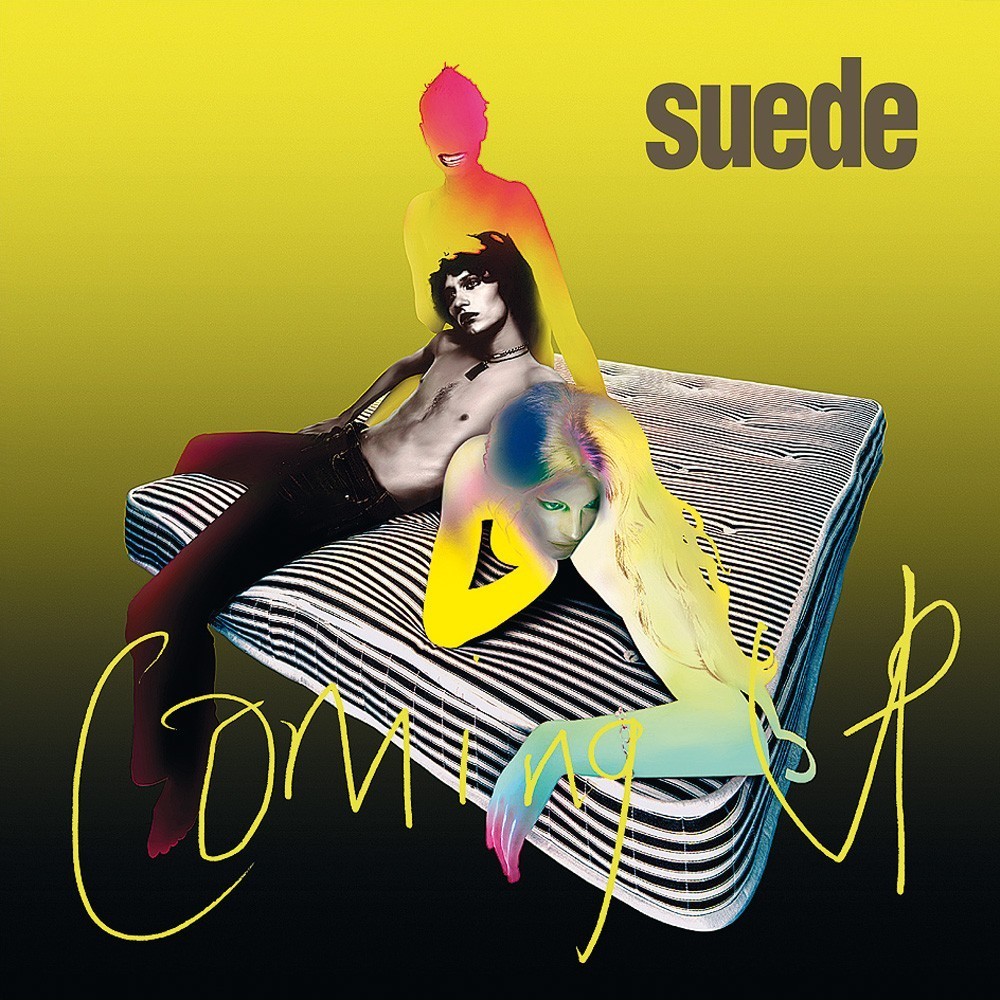 Suede’s third album Coming Up is frequently overlooked in their discography in comparison to Dog Man Star or their sales record-breaking self-titled debut when it comes to debate. At first glance, this is a fair conclusion to draw. Looking back two decades later, Coming Up doesn’t quite match up to its illustrious predecessors in terms of pure artistry, and hasn’t aged quite as well, its trebly, chrome-plated FM production sounding very much like a product of 1996 in many places. But with further listens, there’s plenty of joy to be had with it, and it is probably the version of Suede which the general public (i.e. rather than their hardcore fanbase) remembers most.

In terms of sleazy, accessible rock thrills, there’s no better introduction to Suede, and indeed it showcases them at a different kind of peak in their career. Where Dog Man Star was their gothic, broodingly intense definitive statement, Coming Up was their commercial zenith. Debuting at #1 and remaining on the UK Albums Chart for over a year, it spawned an incredible five Top 10 hits (which remains a British record for hits from one album) from July 1996 to August 1997, and definitively disproved those who had written Suede off as has-beens after Dog Man Star, a resolutely uncommercial record, had underperformed. As (re)statements of intent go, there are few better examples to be found in recent rock history.

Consisting of lean, back-to-basics compositions denuded of the lengthy musical explorations of its predecessor and precision-tooled for radio airplay, Coming Up was conceived of as the antithesis of Dog Man Star right from the start. “I think the next album will be quite simple, actually. I’d really like to write a straightforward pop album. Just ten hits,” Brett Anderson said in 1995. In doing so, they rediscovered the Britpop zeitgeist at its very peak in 1996, just a few years after they had helped ignite the scene in the first place.

Furthermore, Coming Up represented the proper launch of ‘Suede Mk.II’, a thematic reboot of the band with Richard Oakes on guitar and Neil Codling on keyboards. It demonstrating that Brett could carry Suede’s vision on his own shoulders without the aid of mercurial former guitarist Bernard Butler, who had co-written and performed on Dog Man Star but not toured it.

Kicking off with ‘Trash’, a terrific comeback single which peaked at #3 in the UK and still stands as Suede’s biggest-selling hit ever, the record brimmed over with the bullish, hedonistic attitude that reminded the music press and public alike about why they were such a buzzed-about band in the first place. The ‘you and me against the world’ down-and-out lovers of the song are a strongly recurring theme in Brett’s songwriting, but he’s rarely matched ‘Trash’ for its anthemic glory, steeped in glam-rock and glitzy sixties pop. Its follow-up single, the immortal paean to youth ‘Beautiful Ones’, reinforced the impression that Suede had returned from the dead – together, they probably represent the band’s two signature songs.

Coming Up was populated by other such beautiful losers, set against a backdrop of drugs, decadence and parties, and the sense of dead-eyed dislocation that comes from the morning after, like Bret Easton Ellis’s Glamorama rendered by garish, neon-lit music. Some felt it was too celebratory of the heroin-chic models dominating the scene (the nameless star of ‘She’ who walks “like a killer”, the fangirl of ‘Starcrazy’) but actually Anderson’s lyrics were as much of a critique of that Britpop excess that was splashed all over the tabloids in the mid ‘90s. The brash, bleached-out stomp of ‘Filmstar’, one such negative examination of the downside of fame, has a queasy, lurching quality (“what to believe in when they change your name / wash your brain / play the game again”) that speaks to that sickness of existence.

The production was occasionally so shiny as to be uncomfortable – there’s a point in the middle eight of album closer ‘Saturday Night’, where Brett’s singing of the word “peepshows” is so harshly treated by Ed Buller’s techniques that it almost pierces the eardrum with treble, slightly tarnishing an otherwise perfectly well-executed ballad. ‘Starcrazy’ and ‘She’ both feel a bit overdone and heavily stylised, the two songs that sound the most dated. But these were counterbalanced by gloriously melancholic numbers like ‘By The Sea’, a piano ballad that changes up the pace, and the beautifully string-swept epic ‘The Chemistry Between Us’ – both were wistful and sad, but stripped of the gothic excesses of the parts of Dog Man Star that had made some critics balk.

There was a fan theory that used to hold that every Suede album corresponded to a different Class A drug, in the way it sounded and (possibly) reflecting the circumstances of its recording. Suede was amphetamines; Dog Man Star was heroin; and Coming Up, as its title implied, was ecstasy. As an analogy, this is pretty accurate – it is indeed an extremely ‘up’ album, where Suede’s natural cynicism is obscured by a joie de vivre that came from a sense of new life and reinvention. In this sequence, Head Music was crack and A New Morning was completely clean – who knows about their reunion records Bloodsports and Night Thoughts, but the metaphor probably ends there!

As a fan myself, while I love Coming Up to pieces, I still can’t really place it above either of its two predecessors, both as an overall piece of work and its importance in Suede’s story. But it’s not far behind, and is quite a long distance ahead of all of their subsequent albums, and is the album I would most recommend to a newcomer.

Listen to Coming Up here via Spotify, and tell us what you think below! Where does it rank in Suede’s discography?