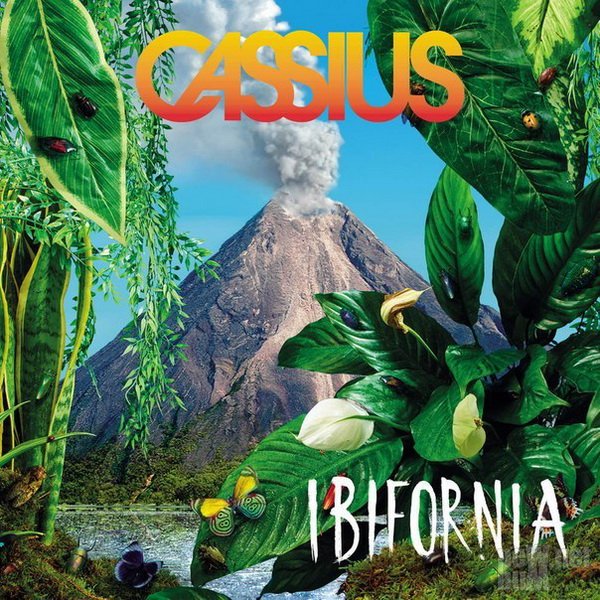 It has been a full decade since French electronic duo Cassius last released an album in the form of 15 Again, an Ibiza-infused celebrating house during a lull for the genre. Ibifornia, a blending of the club of Ibiza and the sun of California, is an ambitious and risk-taking affair that, unfortunately, misses its target too often.

Ibifornia represents a quandary for duo Boom Bass and Phillipe Zdar in that Cassius are, by and large, a forgotten entity. In the ‘90s they were an integral part of the French electronic revolution which saw Daft Punk and Air emerge into the mainstream, but nearing twenty years later the duo have been left in their shadow and with Phillipe Zdar winning a Grammy for his work on Wolfgang Amadeus Phoenix in 2009, it is partly a pleasant surprise that we are even seeing another Cassius album at all.

But too many times Ibifornia strives very, very obviously to reach a mainstream audience, the Ryan Tedder-featuring tracks ‘Hey You’ and opener ‘The Missing’ are blasé numbers that have been done too many times and are clogged up by their ambitious instrumentation that morphs into a blur. Admittedly, it’s a refreshing type of blasé, but is representative of the rut that the duo find themselves in over the album’s 56 minutes.

It would be overly critical to call this album bad, or even below average, but when we know the potential of the producers it is still a disappointing effort. There are moments where the album pops to life; Cat Power is superb on her guest features and both the nine-minute disco-meets-jungle lead single ‘Action’ (also with Beastie Boys’ Mike D) and the emotional ‘Feel Like Me’ provide the two standout moments on the album. In the latter’s case, the powerful vocal and synths and rising guitars are a moment of tranquillity as the track builds to be pulled away and float seamlessly in its five minutes. The typical Pharrell feature of a Cassius record is another success in ‘Go Up’, the funk-infused hooks and jungle percussions combined with an inspired falsetto show just how hot Pharrell is at the minute.

Ibifornia is a product of its guest spots and when it works with Cat Power and Pharrell, it works wonders. But when it doesn’t in the Ryan Tedder assisted tracks and the monotonous and lyrically inept ‘Blue Jean Smile’ with Portugal. The Man it bores. It is refreshing to see the Cassius duo experiment with their sound and in Ibifornia they bring a lot to the table but, regretfully, in the blend of Ibiza and California, a lot of these tracks should have been left at the bottom of the ocean. (5/10)

Listen to Ibifornia here via Spotify, and tell us what you think below!