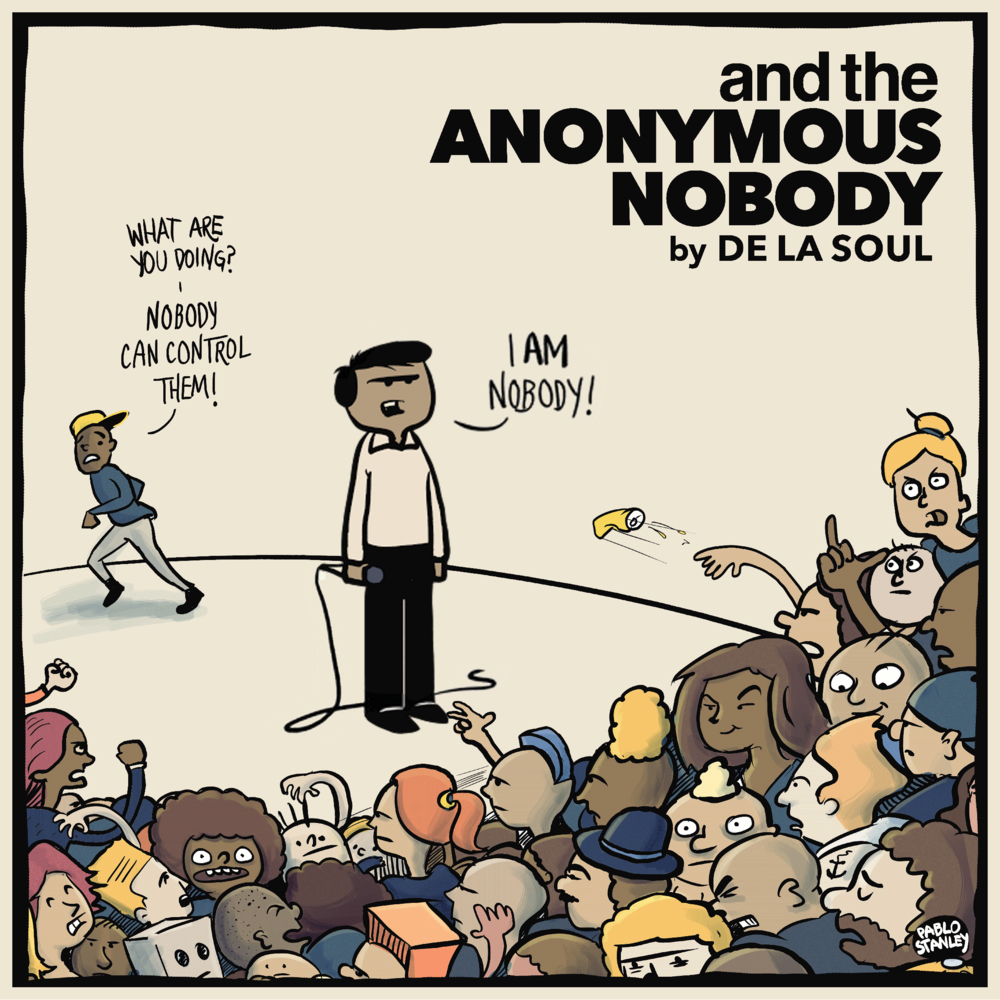 After spending over a decade on hiatus, east coast hip-hop pioneers De La Soul have broken their silence and re-emerged onto the scene with and the Anonymous Nobody…, a playful yet prolific record that boasts all the versatile musicality, eclectic collaborations and stimulating lyricism for which their fans have always loved them.

The trio is comprised of lead-songwriters/rappers/producers Maseo, Dave and Posdnous, who funded the album through a Kickstarter last spring. The campaign impressively exceeded the $100,000 goal in less than a day, and used the title of the album as a way to thank the many anonymous listeners who contributed. And it’s fitting, as these 68 minutes of music feel very much like a triumphant reunion between artist and fan…

The 17 songs had their seeds planted in 200 hours of recorded jam sessions which De La and co. then farmed, sampled and expanded upon, a process which they discuss in the documentary We’re Still Here (Now). Their vibrant style sit comfortably at the alternative end of the hip-hop spectrum alongside acts such as A Tribe Called Quest, D’Angelo and Kendrick Lamar, experimenting with spoken-word, funk, soul, pop, orchestral music and more.

Tracks such as ‘Pain’ and ‘Royalty Capes’ offer an undeniable old school charm, while ‘Memory Of’ and ‘Greyhounds’ show a more soulful, melodic side to their sound that is sure to please newer mainstream audiences as well as long-time listeners. Unfortunately though, there are some less memorable moments too, particularly on the cheesy rap-rock of ‘Lord Intended’, or the disappointing Damon Albarn hook-up ‘Here In After’, which otherwise had promise.

…and the Anonymous Nobody at times feels overcrowded with both ideas and guest musicians, and could easily afford to shed some weight, but overall it feels like a welcome return from a group who are just as passionate and ambitious as they were in 1989. (6/10)

Listen to …and the Anonymous Nobody here via Spotify, and tell us what you think below!