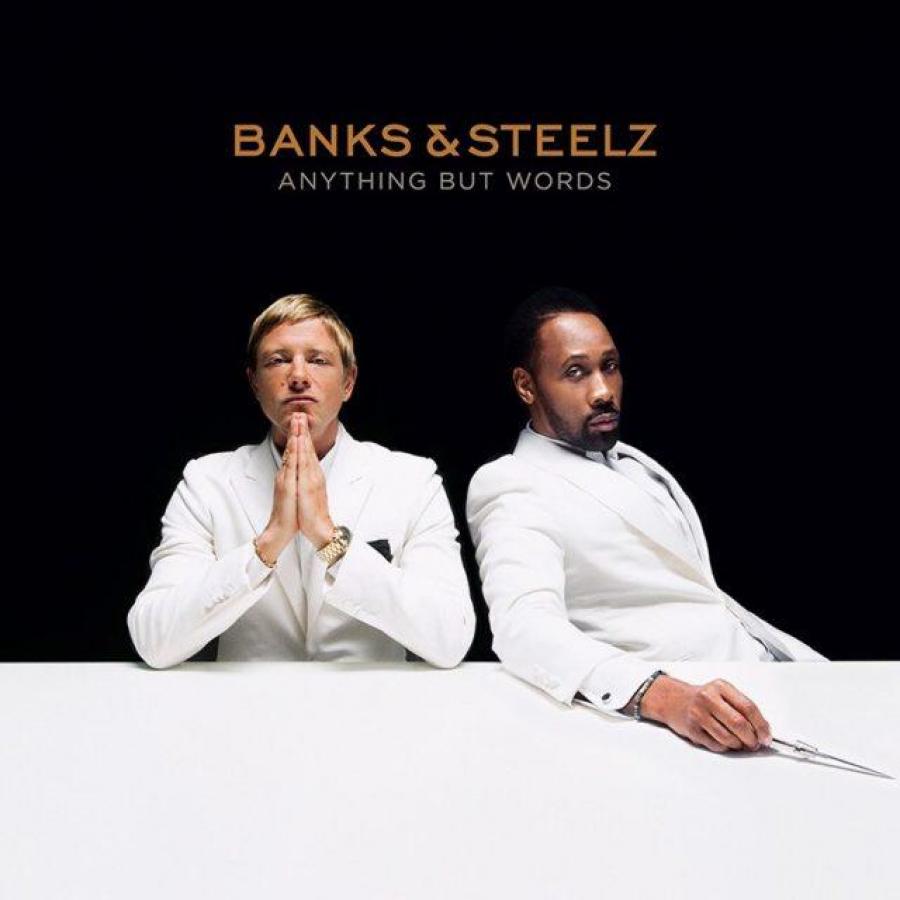 Artist collaborations experimenting with the fusion of rock and hip-hop are naturally apprehensive ordeals for both musicians and fans to patiently endure until the release date. The pairing of the two genres have previously tasted commercial success within Aerosmith and Run-DMC’s 1986 version of ‘Walk This Way’ and then later, Linkin Park and Jay Z also proving its viability with their 2004, rap rock mash-up, Collision Course. Despite these unexpected partnership outcomes, an example hoping to be fully taken seriously as a beacon for the future, rather than as a novelty, is yet to emerge.

Having been writing together since 2011, Interpol frontman Paul Banks and Wu-Tang Clansman RZA have at long last released their first formal collaborative material under the name Banks & Steelz. Their first album, Anything But Words, arrives bearing hopeful prospects considering the duo’s already proven, individual ability and the amount of time spent in creative company, each drawing from the other’s experience and style.

Banks & Steelz aren’t actually as oxymoronic as one would first imagine. Whilst RZA has nearly 25 years’ experience in of the recording studio with his Wu-Tang Clan counterparts, Banks has also enjoyed spinning hip-hop soaked beats under the name DJ Fancypants. The stylistic familiarity between each artist certainly rubs off. There’s an undeniable trend to the sound of Anything But Words, however each track possesses its own defining characteristics. First track, ‘Giant’ aptly champions the velocity of RZA’s vocal power whilst coupled with Banks’ choral hook giving the track a welcome sense of magnitude.

This reoccurs right the way through the record. In contrast, tracks like ‘Conceal’ employ Banks’ gloomy Interpol aesthetic and layers surprisingly well with RZA’s harsh vocal creating a ‘70s lounge funk flow. Anything But Words utilises the help of fellow Wu-Tang members, Method Man, Masta Killa and Ghostface Killah, each amplifying the album’s hip-hop aspect in turn. However, the most notable collaborative effort lies within track, ‘Wild Season’ which delivers a vocal from Florence Welch. Though at times her involvement is somewhat betrayed by her struggle with Banks to be the focal point, the cowbell-driven beat provides Anything But Words with its necessary pop presence.

Although Interpol fans will be undoubtedly disappointed, RZA’s influence has been a welcome platform of creative opportunity for Banks’ indirectly repressed hip-hop interest. Anything But Words rejuvenates both artists and allows exploration amongst the border crevices of genre separation. (7/10)

Listen to Anything But Words here via Spotify, and tell us what you think below!