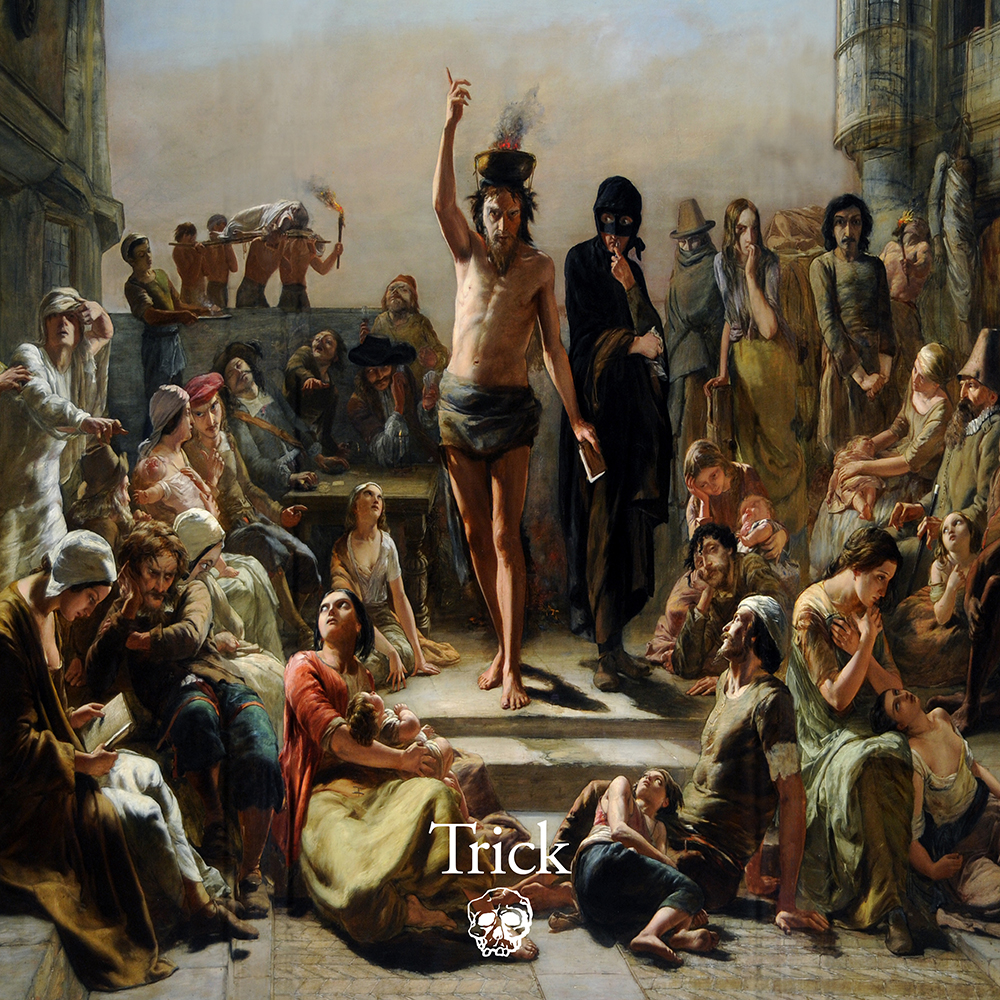 Jamie Treays, better known as the Wimbledon-based songwriter and jack-of-all-trades Jamie T, is making up for lost time. Having spent over five years delivering 2014’s Carry On The Grudge, it’s taken him less than 24 months to follow up with his fourth LP, Trick. The NME raises the interesting point that his absence, while obviously frustrating for fans, had accidentally turned into a great piece of PR, as it had given Treays’ new-found maturity on Carry On The Grudge an allure and mystery that his contemporaries from 2007 (Lily Allen, Kate Nash, Jack Penate) simply don’t have. Where had he been? Had he changed? It was an interesting and mostly successful record but pretty downbeat and introspective, adding a modern classic to Treays’ repertoire in the form of ‘Zombie’, and reconnected him with his fans. Trick goes a step further with the same ambition, reconciling the soulful street poetry of his first two records with his new-found sense of maturity, and it’s Treays’ most consistently enjoyable album so far.

Stylistically it is both diverse and versatile, with Treays’ ideas fleshed out in detail and explored properly. Even when it’s messy – and it often is, on the rap-rock hybrid ‘Drone Strike’ that sees him spitting his lyrics with the kind of fury last heard by a white guy on Plan B’s Ill Manors – it’s at least likeable. Opener and first single ‘Tinfoil Boy’ combines a melancholic, slate-grey guitar riff with grime-influenced rhythms in the chorus – and it’s a very different kind of great Jamie T single. ‘Police Tapes’ channels the influence of Sleaford Mods, who were one of the bands to take up Treays’ mantle of street-level observation during his hiatus.

The influence of Arctic Monkeys is also detectable in new single ‘Power Over Men’, a femme fatale story sensitively couched in soulful guitar licks that show Jamie entering his thirties in a graceful manner, and ‘Joan Of Arc’. ‘Tescoland’ is a slice of Combat Rock-era reggae/rock The Clash would have been proud to call their own, while the light, breezy and danceable pop of ‘Dragon Bones’, harking back to the slickly produced Kings & Queens way back in 2009, has future single written all over it – despite the jarring lyrical references to blowing his brains out if he had a gun.

The extraordinary ‘Robin Hood’ seems to combine all of these diverse sounds and pulls them together in a collage. During the final quarter of the album, Treays goes back to exploring the sad-boy indie of Carry On The Grudge, with the rap torch ballad of ‘Crossfire Love’ and the acoustic, string-drenched closer ‘Self Esteem’ showing his ability to skilfully adapt to almost any genre (or mix of genres) he cares to turn his hand to. Successfully ironing out the nagging inconsistencies in quality and tone that had made all three of his previous albums, Trick is a thoroughly pleasing collection that stands as Jamie T’s finest work to date. (8/10)

Listen to Trick here via Spotify, and tell us what you think below!