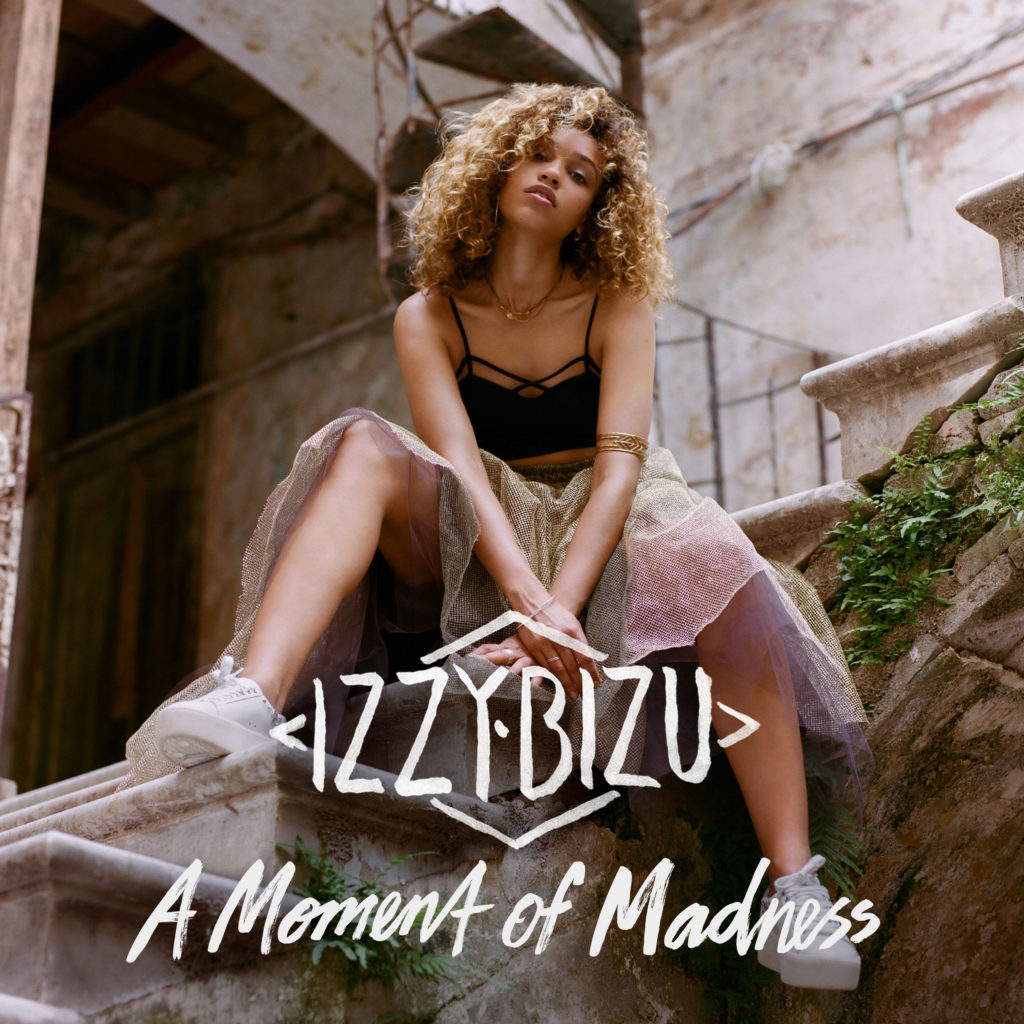 It has taken three years since Izzy Bizu first emerged on the scene with a soulful vocal and roots in jazz sprinkled with pop – rightly, there was plenty of excitement. Three years for most artists is an age when making their debut LP, but at times it feels like Bizu could have taken longer to create her own identity during A Moment Of Madness.

The main problem of the record is how indebted it is to the work of others; Lianne La Havas, early Adele and Amy Winehouse are borrowed from regularly, but Bizu’s joyous vocal results in the bite needed to pull off the style going missing. ‘Gorgeous’ and ‘Diamond’ are two tracks which fall into this category; the former is tinged in reggae and soul as horns and keys bounce along, but the naivety of the vocal results in the track falling flat. ‘Diamond’ plods along with guitars and an overly saturated bout of clichés that lacks the charm of a Lianne La Havas track.

There are times when the upbeat nature of the vocal works well – most notably during ‘Give Me Love’. The track compliments Bizu’s naturally summery vocal, as the sound of updated vintage strings and guitar show just why the Londoner was nominated for the BBC Sound of 2016 and the BRITs Critics Choice for the year.

‘Someone That Loves You’, featuring HONNE, is one album’s best cuts. The track was originally put HONNE’s last record, but the track is dominated by Bizu as her R&B tinged vocal works well with the excellent electronic production from HONNE and fully deserves its place on the record. ‘White Tiger’ remains the best track Bizu has penned, some three years after it was originally released. Everything comes together during its three minutes as one of the albums more jazz-routed tracks is contrasted by a lovely falsetto.

A Moment Of Madness shows the reasons why Bizu has garnered such attention as her vocal is one of the best going in pop today. The records weakest moments come when Bizu ignores her strengths and tries to be someone else. A Moment Of Madness took three years to make and, with 17 tracks on the deluxe edition, shows a lot of her arsenal, but the over-saturation of similar ideas and lyrical naivety hint at an artist still learning her craft. (5/10)

Listen to A Moment Of Madness here via Spotify, and tell us what you think below!