FROM WORST TO BEST: Suede singles 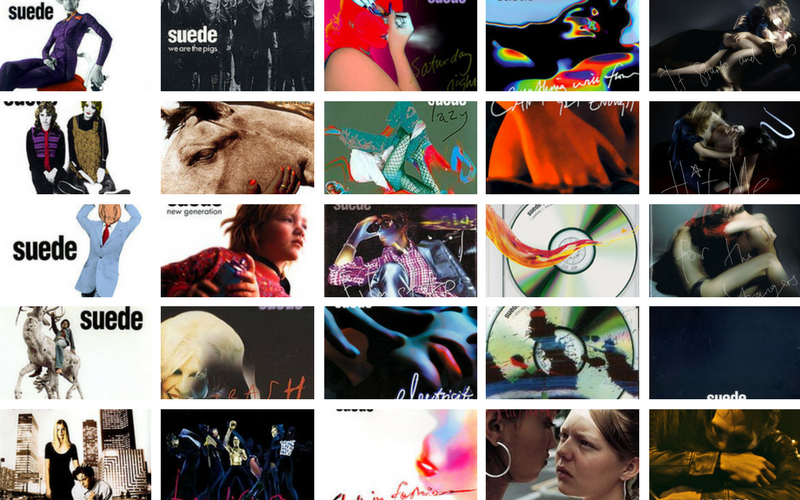 The revival in British guitar music in the 1990s is most popularly associated with the rivalry between Oasis and Blur, particularly the August 1995 race for the No.1 spot in the singles chart, but for some, it will always be Suede who are the quintessential Britpop band. Their first clutch of singles in 1993, released in the context of a grim British guitar scene that had lost its sense of identity post-‘Madchester’ and faced with an influx of American guitar bands that followed in the wake of Nirvana, helped kick down the door that many flooded through. Brash yet seductive, snarling yet sensitive, Suede were grimy and street-tough but always somehow glamorous, passionate and theatrical. The consecutive releases of ‘The Drowners’, ‘Metal Mickey’ and ‘Animal Nitrate’ are some of Britpop’s defining anthems.

Soon afterwards, things took off quickly. Signing to Saul Galpern’s Nude imprint, Melody Maker proclaimed them ‘The Best New Band In Britain’ in April 1992, before they had even released a single note of music. Exactly a year later, Select put Brett Anderson on the front cover of a themed edition focussing on British bands in April 1993, with Suede spearheading the ‘movement’. In the year or so running up to the release of Suede, they were the most written-about band in the British music press.

Released in March 1993, Suede became the fastest-selling British debut album in history, shifting over 300,000 copies and scooping the Mercury Music Prize later that year. Anderson and Butler’s mercurial songwriting partnership didn’t last long, however, with Butler fired from the band in early 1994 during the recording of their second album Dog Man Star, with 17 year old guitarist Richard Oakes recruited as a replacement from the band’s fan club to tour the finished record.

Though they had lit the fuse for Britpop, the zeitgeist moved away from them quickly, Suede seemed distinctly unfashionable in late 1994, with Parklife and Definitely Maybe setting the pace. However, with the addition of keyboardist Neil Codling, the band returned to finish what they started with 1996’s excellent Coming Up, a glinting record of stripped-down radio hits that achieved a unique distinction that’s not since been equalled by a guitar band – all five of its singles reached the UK Top 10. Reacquainting themselves with success once again, they retained their identity and still stood apart from the crass, beery machismo of the late Britpop era.

Touring non-stop around the world for more than a year, Suede eventually returned with 1999’s Head Music, a flawed album ravaged by Anderson’s addictions and which sharply divided fans and critics alike. Worse was to come, however, with 2002’s A New Morning, a universally panned album of overly-polished productions and entirely forgettable songs. 2003’s Singles collection attempted to salvage their reputation by turning to the past, but the damage to Suede’s legacy looked to be permanent when they went on hiatus in December that year.

However, after a clutch of Brett Anderson solo albums, Suede’s reunion was announced in late 2010. A number of festival dates around the world followed, and then came Bloodsports in 2013: an energetic collection of highly melodious songs that rolled back the years and righted the historical wrong of A New Morning, but Suede weren’t about to put a full stop on their legacy having done so. In 2016 they released seventh album Night Thoughts, an ambitious concept record teeming with invention and vitality.

In all that time, despite the ups and downs of their studio albums and the band members’ individual struggles with various addictions, the standard of Suede’s singles has generally been remarkably high, barring the catastrophe of A New Morning. Even their B-sides were brilliant: as 1997’s double-album compilation Sci-Fi Lullabies attests, Anderson and co. took B-sides as a serious opportunity rather than as mere fodder, and it contains some of their very best songs. To mark the 25th anniversary of the release of their debut single, the AA-sided ‘The Drowners’ / ‘To The Birds’ in May 1992, we’ve ranked all 25 of Suede’s UK singles in order of how awesome they are.

Also, please check out our ‘Introduction to Suede’ playlist, of singles and other career highlights over at Spotify!