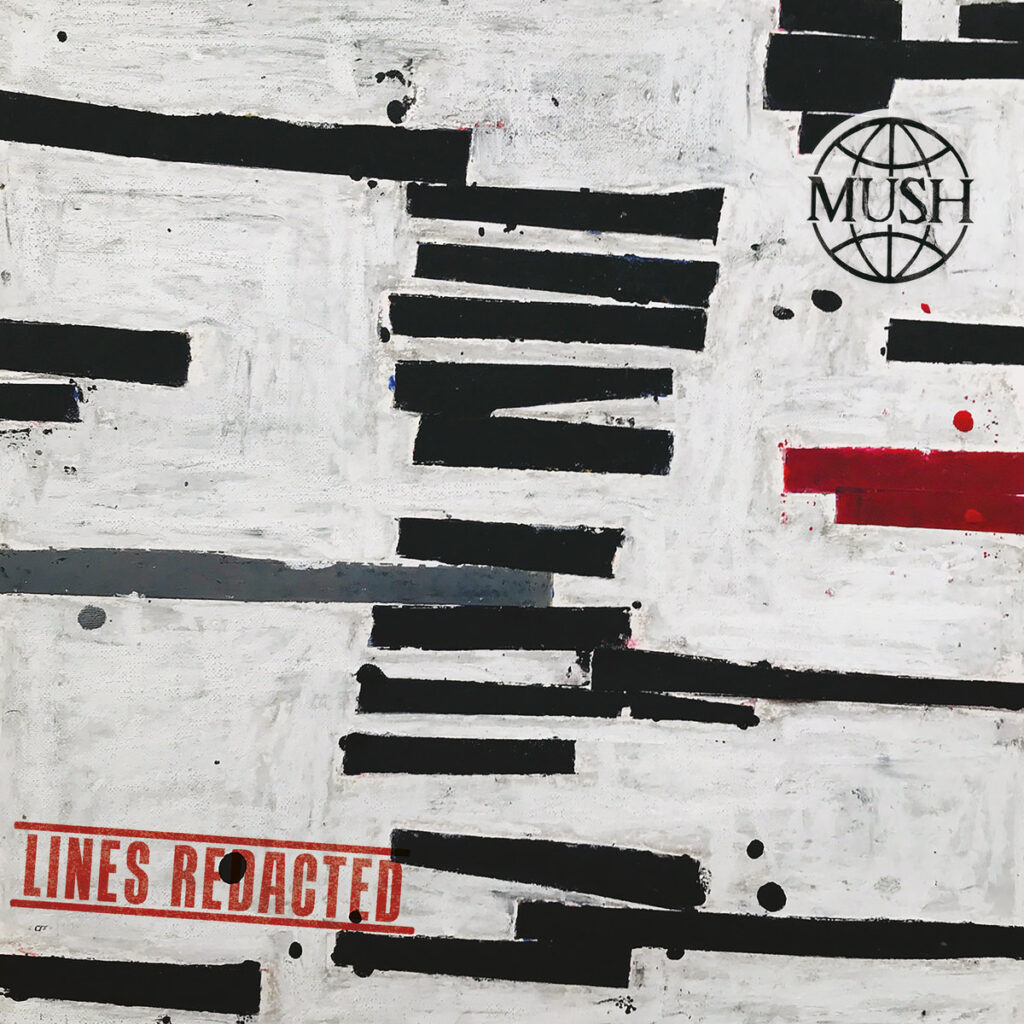 Leeds post-punk group Mush have a certain tone to their music; a rough-cut, cynical sound that can be likened to a sneer in sonic form. Their 2020 debut, 3D Routine, set the standard for this sound with standout tracks like ‘Existential Dread’. What they really could’ve done with is a knockout second album that advanced their sound and explored some new avenues. Their latest release Lines Redacted, released almost exactly a year on, doesn’t quite achieve that. If anything, it sounds like Mush are showing a few signs of stagnation, something perhaps understandable two full album releases so close together.

The song structures haven’t really advanced beyond a neo-poetic verse or two and a chorus that consists of shouting the song title in an increasingly garish manner. This structure style isn’t a negative when applied on the odd occasion (it’s what makes their previous release ‘Existential Dread’), but when used in almost every composition it just gets tiresome. Which is a shame, because the topic matter of some of the lyrics is fantastic, particularly in the opener ‘Drink The Bleach’, in which vocalist Daniel Hyndman instructs the listener to ingest seriously harmful chemicals in order to tackle COVID-19. That’s great lyrical material, and it feels so wasted on uneventful music.

As is apparent after listening to Lines Redacted, Mush don’t seem to know when to apply musical elements effectively; some of the features you can hear throughout this album would be great if they weren’t used to death. For example, Hyndman’s sarcasm-soaked vocal tone is often void of pitch and present on every track. Imagine the voice of Cockney Rebel’s Steve Harley, or Television’s Tom Verlaine, except he’s got his mouth full of liquid and he’s trying to sing without spilling any of it. It’s a tone that would be great if it cropped up every now and then, but it’s just so over-used that you finish Lines Redacted and never want to hear anyone talk like that ever again. Not only is it complete overkill, it seriously blunts the impact of most of the later tunes by the time you get to them. Perhaps some think it provides a cynical take on modern issues, and credit Hyndman for his role as an effective social commentator? Even if this is the case, it’s not pleasant to listen to again and again. It’s not even unpleasant in a way that evokes an interesting emotional reaction, it’s just disappointing to hear it become self-parodic by track four.

Now, Mush as people have gone through some truly terrible ordeals, not least the cruel loss of their guitarist Steven Tyson just a few months ago, and they’ve come out the other side kicking. However, the music on Lines Redacted isn’t the best they can do. They’ve already proven themselves as weird, intelligent and wonderfully sarcastic artists, but their second album is uninteresting and monotonous. Some great lyrical work is ruined by unappealing tones and a lack of structural diversity. Hopefully album number three will provide some fresh artistic impetus for a still-young band. (6/10) (Jacob Kendrew)

Listen to Lines Redacted by Mush here via Spotify, and tell us what you think below!