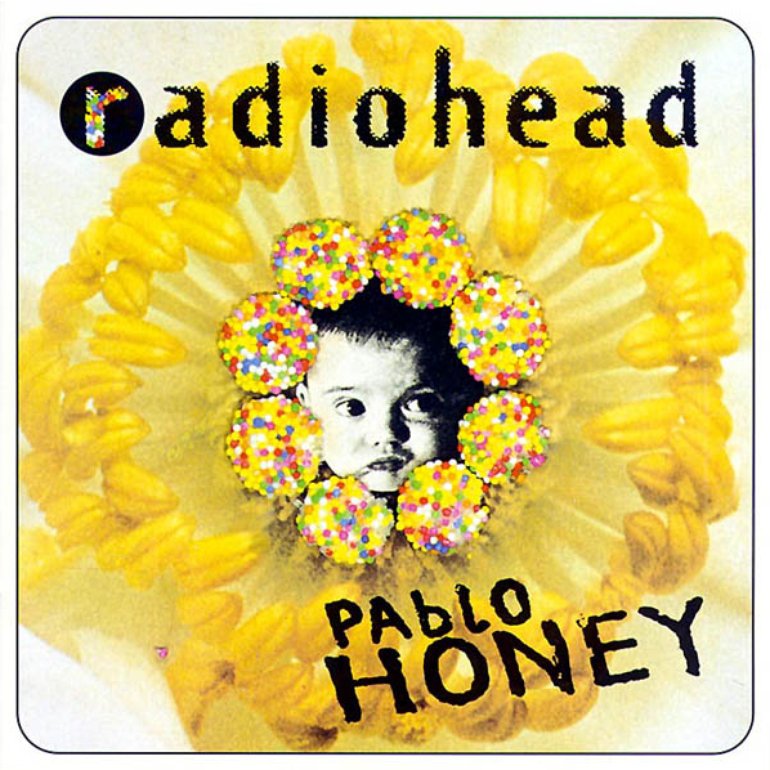 It’s strange to think of how Radiohead, known for more than two decades as one of rock’s most intellectually and artistically weighty artists, came to name their debut album after a phrase in a Jerky Boys prank call skit. But, 25 years on from its release, there’s a lot about Pablo Honey that doesn’t chime with the cerebral and frequently avant-garde band we know Thom Yorke and co. to be in 2018.

While there has always been a school of thought among Radiohead’s fanbase that their debut is actually some unfairly maligned forgotten classic, the general consensus has always been that Pablo Honey absolutely pales in comparison to their best work. For every fan who has praised the subtle dynamism of the band’s three-guitarist formation, there have been ten who have dismissed the album as undercooked post-grunge, designed by committee and forced into cookie-cutter ‘alternative rock anthem’ templates to cash in on the fashionable sound in the wake of the Nirvana revolution.

As ever, the truth is somewhere in the middle, and it’s one that can be established by simply going back to listen to it again. Pablo Honey is not a bad album at all, not even for a single second, but the truth is that the content of the actual songs themselves aren’t always nearly as compelling as the sound that Radiohead were capable of.

The triple-pronged guitar sound, which goes from lilting and gentle to grippingly noisy, is absolutely visceral when it works. The dynamic yet enjoyably loose ‘Anyone Can Play Guitar’, which deserved a much better fate than the one it got as the ‘follow-up dud’ to ‘Creep’, is evidence of that. The expansive ‘Stop Whispering’ and the penultimate ‘Lurgee’, a true hidden gem with its interwoven guitars if ever there was one, show how expressive Radiohead could be even at this early stage when they simply lay off the bluster. ‘Thinking About You’, even if it does come across a bit as ‘the acoustic one’, is tremendously competent and breaks up the album’s mood nicely. Closing track ‘Blow Out’ has an interesting, distinctive shuffle that would characterise their later work.

Then, of course, there’s ‘Creep’, an era-defining hit single whose appeal barely needs explanation. ‘Creep’ has always been a Radiohead oddity, transcending the reputation of anything else in their catalogue and yet which does nothing to explain the trajectory that their career would take – except as something they wanted to escape.

All of these excellent moments account for six of Pablo Honey’s 12 tracks, moments in which Radiohead sound like they’re progressing towards what would become their trademark sound, melding the intensity of bedsit-based singer-songwriting with the fashionable complaint-rock that had such a specific demographic appeal in 1993. The other half of those dozen tracks, however, are merely run-of-the-mill filler interchangeable with the work of another dozen artists in the general post-grunge scene of 1993, reliant largely on bluster to register what little impact they can.

Most disappointingly, Radiohead lead with this weak foot on opening track ‘You’, which is firmly lodged in the post-grunge schematic, as is the crunchy but non-distinct ‘How Do You?’. After a decent first half that contains four quality moments, there’s three consecutive flops that open the second half of Pablo Honey (‘Ripcord’, ‘Vegetable’ and ‘Prove Yourself’) and these ten minutes definitively kill the momentum that the album had built up. ‘I Can’t’, despite some decent guitar histrionics at its conclusion that were already Jonny Greenwood’s trademark, also fails on this basis.

Taken entirely by itself and out of the context of the rest of Radiohead’s long and storied subsequent career, Pablo Honey is inescapably the sound of a band still establishing its identity. When looked at with the benefit of hindsight and the passage of their glory years, even from only four years later when OK Computer was released, it’s obvious that they’re barely into second gear.

The double-CD/DVD ‘Collector’s Edition’ re-issue in 2009 is the final word on Pablo Honey, gathering together the welter of B-sides and sessions that exist from this era, on top of the tracks from the rare Drill EP that bookended it and the flaccid ‘Pop Is Dead’ non-album single that arrived in May 1993.

Of course, what Radiohead did subsequently is well-documented, and eventually made them the most prestigious and well-respected rock act in the world by the end of the Nineties. Realising that the phenomenal success of ‘Creep’ represented, at best, a double-edged sword that was burdening them with the unwanted tag of post-Nirvana, bandwagon-jumping Gen-Xers, they moved to distance themselves from the song and that image. On 1994’s My Iron Lung EP they symbolically ‘killed off’ their most famous song with a breathtaking acoustic version. Second album The Bends followed six months later, a dimension jump that surged them to the front of the pack of their contemporaries. 1997’s OK Computer, as was widely marked last year, has become one of the most celebrated albums of all time.

Ever since, Radiohead have sought to subvert expectations, beginning with the experimental Kid A at the turn of the millennium. Embracing the possibilities of the internet and the culture of fandom it has spawned, the band has tried keep their devoted fanbase guessing, reinforcing both their reputation as a nerd’s band. That story that did the rounds in 2017 about fans mistaking the sound of Radiohead tuning up ahead of a live gig for new music and applauding for three whole minutes, which sounded totally credible but turned out to be fake news, went viral precisely because it did contain a kernel of truth about the nature of the band’s feverishly intense and occasionally pretentious fanbase.

Pablo Honey’s value now comes as a fascinating snapshot of how the music industry worked in the early Nineties, as it tried to figure out a way to monetise the post-Nirvana boom in left-of-field guitar music that became generalised as the ‘alternative rock’ movement. It’s also a reminder that our capricious major label system in 2018, locked in to its short-term mentality of ‘results now’, is potentially failing the great artists of tomorrow. As Radiohead and the reputation of Pablo Honey demonstrates, not all great bands were made that way, and many achieved greatness when they had the safety net to fail.

Listen to Pablo Honey by Radiohead here via Spotify, and tell us what you think below! Is its reputation deserved?