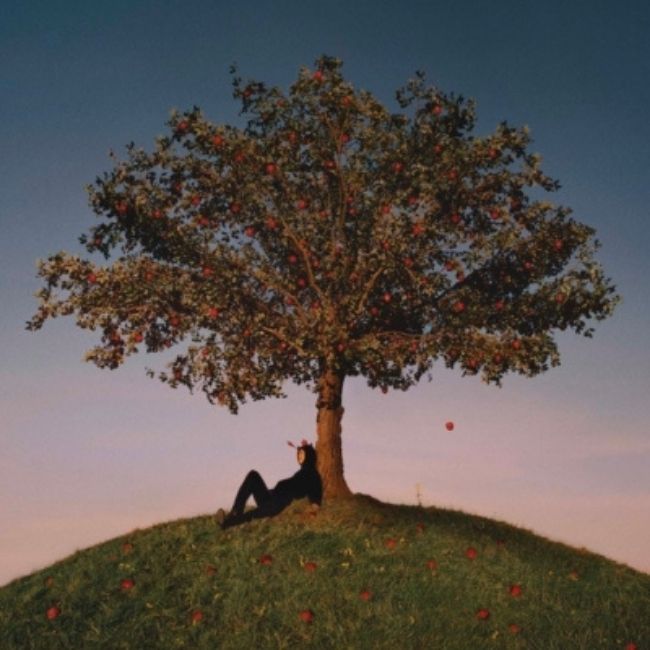 Slowthai’s paradoxical sophomore album ‘TYRON’ delves into the duality of his psyche, yielding some career highlights that are occasionally let down by underdeveloped ideas.

If anyone was left under the impression that last year’s NME Awards controversy would mellow Tyron Frampton’s tongue, then the opening line of TYRON – “Rise and shine, let’s get it / Bumbaclart dickhead / Bumbaclart dickhead” – is likely to have shattered that particular misconception. This brash opening is emblematic of his unflinching commitment not to do things by halves on his second Slowthai release. Whether it’s the brazen displays of his unfiltered ego on the first half or the brutally honest introspection of the second, TYRON portrays an artist wearing his heart on his sleeve to the fullest possible extent.

The album itself is a duality, perhaps in even more ways than Slowthai anticipated. Yes, there is the obvious split between the first side’s grimy, trap-inspired beats and abrasive spitting compared to the second leg’s gentler production choices and inward-looking lyricism. But contrast can also be found between some of the most thoughtfully crafted work of Slowthai’s career to date, and a handful of songs that feel frustratingly undercooked and not fully fleshed out. However, the concept of the split sides is well-executed on the whole and each expression of Slowthai’s personality is best judged on its own terms.

Notable standouts from the all-caps first half of bangers include the pairing of ‘Cancelled’ and ‘Mazza’, both of which were released as singles to add frenzied hype to TYRON’s roll-out. The former is fortunately not the nauseating take-down of cancel culture that it could have been, in light of Slowthai’s leering presence at the NMEs last year and the subsequent social media uproar. ‘Cancelled’ is instead another demonstration of Slowthai and Skepta’s undeniable chemistry, as they trade song-stealing bars blow for blow. Despite the fact that it feels more like a Skepta track featuring Slowthai than vice versa, it still lives up to the glory of Nothing Great About Britain’s lead single ‘Inglorious Bastards’ where the pair also collaborated to great effect.

By comparison, ‘Mazza’ is close to perfection; a thumping psych-hip-hop colossus of a tune. Again, a feature appears – this time A$AP Rocky – but unlike its predecessor Slowthai owns this song and even picks up producer credits for the hypnotically trippy instrumental. In terms of his rapping, Thai delivers some of his most devastatingly intricate flows, in his trademark yelp, which rides the spacey synth-driven beat exquisitely. As a pairing, A$AP’s laidback braggadocio acts as the perfect foil for Thai’s psychotic spitting and unruly energy. ‘Mazza’ is not only a climatic point in TYRON as an album, but represents a career high point for an artist who has more than his fair share of cult-bangers.

Elsewhere on the first half of the record, tracks like ‘Vex’ and ‘Wot’, are brief but impactful distillations of Slowthai’s pent-up frustration, although it feels as if they are separated needlessly – especially when the latter clocks in at just under fifty seconds. If combined these two would make for a far more interesting piece of work, however the split leaves their ideas feeling a little underdeveloped. The first notable lull on the album comes in the form of the song ‘Dead’, which is overly self-centred in terms of its lyricism. Lines such as the hook “I am God / I am here till the end of time” or the later declaration that “My legend will live for eternity” add up to one track too far about Slowthai’s occasionally over-inflated ego.

There is a marked shift in tone, as well as a stunning return to form, on transitional track ‘Play With Fire’ which represents TYRON’s thematic turning point. A turn towards softer instrumentation and more introspective lyricism is welcome relief after the somewhat fatiguing run of bangers on the album up until this point. More important though is the fact that ‘Play With Fire’ indicates that Slowthai’s lyrical dexterity is far more impressive when tackling his inner demons than on his louder, more militant tunes.

The second half of the album sees Slowthai fully embrace the moniker Sadthai – as coined by his fanbase. Although thematically disparate to the first side of TYRON, this latter group of tracks has a similar mix of highs and lows in terms of song writing quality. The pair that stand out as slightly weaker amongst this set of tracks are ‘Terms’ and ‘Push’ – which fall flat in each of their respectively divergent musical palates. While Slowthai’s bars remain pretty consistently of a high level, the Floridian type of melancholic production on ‘Terms’ feels out of place amongst the record as a whole. Unfortunately, the song isn’t particularly helped by the uninspiring vocals of Dominic Fike and a peripheral Denzel Curry feature. ‘Push’ also disappoints instrumentally with its acoustically stylised beat which comes off as unoriginal, and fails to match the energy of Slowthai’s soul-searching lyricism.

However, after this slight lull in quality the closing three tracks form a triumphant finish and represent Slowthai’s best efforts on his sophomore release. The sublime pairing of ‘Nhs’ and ‘Feel Away’ appear to be tracks cut from the same cloth in terms of their unique ability to detail Slowthai’s personal struggles with contrastingly understated and warming piano-infused instrumentation. It’s on these tracks, where he bares his vulnerability, that Slowthai reaches a creative peak that is enhanced by the contrast with his extroverted side which he emphasises on the first half of the album.

This momentum is built upon by the closer ‘Adhd’ which feels like a fitting encapsulation of the record’s paradoxical nature as a whole. Slowthai’s bars are initially low energy and his delivery sounds weighed down by self-reproach – “Sitting in a pit, only me and myself / I can’t deal with the screams, only screaming at myself”. The song’s crushingly dark atmosphere builds to a thrilling climax, in which Thai has the lyrical equivalent of an emotional breakdown and barks lines about being dangerously close to life’s edge. He then brutally closes TYRON out on this apparent brush with death with the line “Fail to exit like I ain’t got a visa”.

‘Adhd’, much like ‘Play With Fire’ earlier in the album, captures Slowthai at a sweet spot of exchange between the introspective and extroverted sides of his personality. While the split between these two sides is pretty starkly laid out on TYRON, the interest with Slowthai going forward will be the music that embraces both sides of his dichotomous personality. The moments where he walks the line between his innate duality are where he flourishes most as an artist. (7/10) (Joss Lambert)

Listen to TYRON by Slowthai here via Spotify, and tell us what you think below!