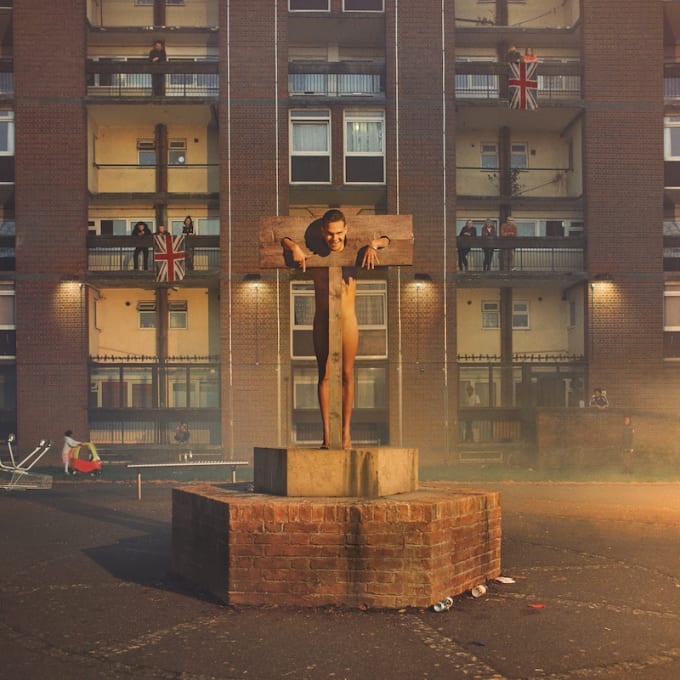 “Yeah man, I’m a cobbler” proudly declares Slowthai on ‘Gorgeous’, the fourth track from his debut album Nothing Great About Britain. An ode to Northampton Town F.C., the football club of the town in which he grew up, it’s one of many references on the album to a place that’s not exactly renowned for its contributions to Britain’s musical heritage.

It makes Slowthai’s (real name Tyron Frampton) rise even more remarkable. Having been raised by a single mum on a council estate, his early life wasn’t easy, which was compounded by the death of his one-year-old brother. Frampton skipped school regularly, and once he had left college, he decided to put all his efforts into making music after floating between numerous low-paid jobs. it’s a move that’s ultimately paid off, with his punk-inflected rap and uncompromising image courting the inimitable gaze of the music press.

Nothing Great About Britain clears the hype bar with astounding ease. As was the case with the EPs Frampton released in the build-up to the album, his personality is clearly embellished in each song, carefully balancing his frustrations with his upbringing and modern-day Britain with an irreverent sense of humour. The title track lays out his intent from the outset; a compelling state-of-the-nation address, Slowthai pulls no punches as he tackles lad culture and the prominence of the far-right (“You’re EDL, real English boys / St. George’s flag, Doc. Martin boy”), all while touching on classic British iconography (it might well be the first time Fab lollies have ever been acknowledged in a song before). He then turns his ire towards the Royals, where he calls Her Maj a c*** in a mock upper-class accent, playfully sticking up his middle finger at the inequalities that have marginalised poorer, less-fortunate communities.

The UK garage-influenced ‘Toaster’ isn’t as intense, but it’s just as effective in positioning Slowthai as an anti-authoritarian. Here, he lazes around in his domestic haven smoking weed, drinking alcohol and annoying the living daylights out of his neighbours. The police arrive, but it’s not enough to deter Slowthai, who reaffirms his stance with some of the most ferocious bars on the entire album (“Pirates like me say you’ll never catch me alive or dead / HMP can’t be a prisoner, put the cuffs on me, put you in the finisher”).

Slowthai’s witty, astute portrayals of British life aren’t the only characteristics that separate him from his peers. He’s not shy about drawing upon his influences, and this contributes to Nothing Great About Britain’swealth of sounds. Mura Masa provides the urgent punk backdrop for his commanding flow on ‘Doorman’, which recalls Arctic Monkeys’ ‘Dancing Shoes’ with its depiction of a night out gone wrong. There’s hints of Boy In Da Corner-era Dizzee Rascal on the eerie ‘Dead Leaves’ in Slowthai’s erratic, jagged flow and the menacing strings, while both ‘Grow Up’ and ‘Inglorious’ are top-tier grime bangers with effortless cameos from Jaykae and Skepta respectively.

‘Northampton’s Child’ wraps up the album in sentimental fashion. A touching tribute to his mum (which apparently brought her to tears), Slowthai recalls how she cared for her brother while he battled drug addiction and how she suffered abuse at the hands of his step-father, but still did everything she could to ensure that he had a happy childhood (“You’re the strongest person I know / Made us happy even when you felt down”). It’s a brilliant end to one of 2019’s most vital debut albums, from a man who’s established himself one of Britain’s most outspoken artists. (9/10) (Matty Watkin)

Listen to Nothing Great About Britain by Slowthai here via Spotify, and tell us what you think below!