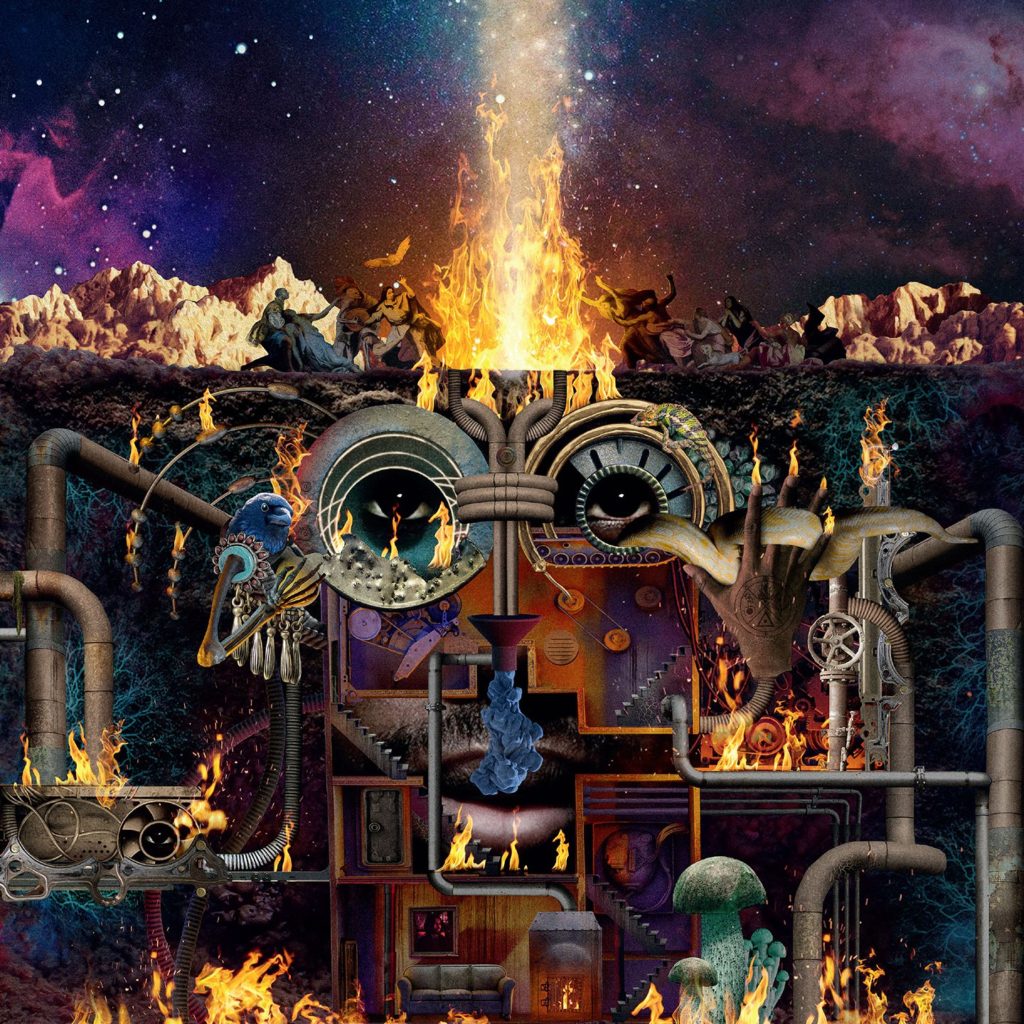 The first Flying Lotus album in five years, ‘Flamagra’ sees Steven Ellison exploring his life-long passion for hip-hop but plays it slightly too safe on occasion.

Three days before Flamagra dropped, Brainfeeder boss Steven Ellison – known better by his recording moniker Flying Lotus – tweeted that the “black balloons beat [was] dedicated to Madlib” because quasimoto’s ‘come on feet’, a standout on the legend’s impeccable ‘The Unseen’, had “relit [his] love for sampling and changed [his] world” whilst he was at school. This penchant for choppy, sample-based hip-hop, something present on previous projects, has seen FlyLo dip in and out of that sonic world assisting the likes of Kendrick Lamar, Hodgy Beats and Earl Sweatshirt amongst others. On Flamagra, this undisguised love for hip-hop is at its most apparent.

READ MORE: An Introduction to Brainfeeder

The first half of the album is some of Ellison’s most conventional sounding work as Flying Lotus. From the jazzy drumming and funky guitar melodies on ‘More’, which sees the multi-talented Anderson .Paak employ a range of confident flows and delicate inflections within the songs span, to the odd if not slightly deranged ‘Yellow Belly’ where upcomer Tierra Whack uses an off kilter delivery over a cartoonish but slightly boozy feeling instrumental. Instantly It’s clear he has a good ear for pairing rappers with worthwhile beats. ‘Post Requisite’ shows off Flylo’s ability to blend digital synths and organic sounding samples to create a slippery bop with nicely pocketed timings whilst the aforementioned ‘Black Balloons Reprise’ starts with a naturalistic feel then quickly transitions into an increasingly impending but starry flute instrumental over which Denzel Curry discusses various revelatory notions. However, this hip-hop heavy theme is disrupted by the album’s strongest back-to-back moment.

The uplifting jazzy train that is ‘Takashi’ uses quick fire percussion and frenzied melodies to puts a surge of energy into the album. ‘Pilgrim Side Eye’ takes a different direction using what feels like self-operating instrumental parts to create something that sounds like manic Nintendo music. These tracks reflect Flying Lotus’ ability to transform and masterfully layer cluttered sounds without making songs feel overblown. These hectic moments are where Ellison shines the brightest and although the more hip-hop orientated instrumentals are far from mild, they fail to excite in the same way his more experimental work does.

The other theme present through Flamagra is the life cycle of fire. The cycle starts with the opener, ‘Heroes’, where crazed melodies trickle then burst through the track from its initially murky sounding tones. The track represents the awakening of a firestorm and gives an immediately hopeful feel to the album. Through the first half of the album the fire burns brightly. The George Clinton-assisted ‘Burning Down The House’ revels in its own absurdity with the refrain creating an unhinged air throughout the song. Alongside hurried melodies and jumpy production on tracks like ‘Heroes In A Half Shell’ and ‘All Spies’ the raw energy of fire is very present.

The most explosive moment of Flamagra happens on ‘Fire Is Coming’. Initially eerie in its narrative introduction, courtesy of film director David Lynch, the track builds through anxious repetition and lairy drums into a rampant flame that engulfs the entirety of the track.  It feels claustrophobic in its energy but mostly importantly represents a change in momentum for the album. Having consumed itself, the cycle enters its rebirth stage. ‘The Climb’ represents this through its celebratory air as Thundercat uses his trippy but angelic cadence to spread a message of perseverance whilst flattened drums cradle the softer melodies. Flying Lotus also uses this rebirth period to honour the late rapper Mac Miller on ‘Thank U Malcolm’, which feels heavenly in its initial stages but then breaks into a much fuller, complicated flurry of jazz. As an ode to the rapper, it balances Mac’s jazzy and ethereal sound palates beautifully.

Over its 67 minutes, Flamagra’s biggest strengths lie in its concepts. Whether it’s through championing his passion for hip-hop or pushing the fire cycle concept, Flying Lotus adds inhuman energy to the project, although it does sometimes feel like a safer route for an otherwise cutting-edge producer. (7/10) (Daniel Antunes)

Listen to Flamagra by Flying Lotus here via Spotify, and tell us what you think below!