PLAYLIST: An Introduction to Brainfeeder 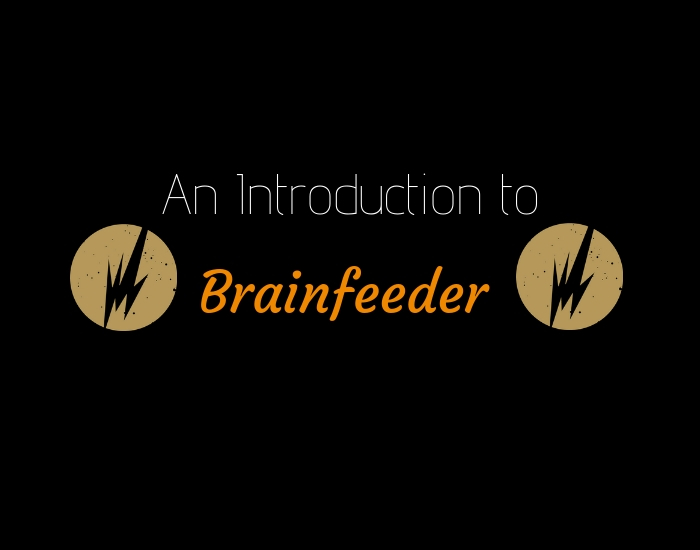 Established in Los Angeles by Steven Ellison – a.k.a. the experimental multi-genre electronic music producer, DJ, filmmaker, and rapper Flying Lotus – in 2008, Brainfeeder has become renowned for showcasing some of the most forward-thinking music in electronic music and instrumental hip-hop.

The previous year, Brainfeeder debuted as the name of a four-hour radio broadcast by Ellison and his friends on Dublab, later appearing as the title of the first track on Ellison’s first FlyLo album Los Angeles in 2008. While he’s commonly regarded as the focal point of a burgeoning, cutting-edge label, Ellison has always been at pains to point out the collective nature of Brainfeeder – and the fact that it’s still effectively run from his home.

“We were kind of building this thing among our community,” Ellison told Billboard earlier this year about the collegiate origins of the label that’s now associated with him. “Always together, always doing stuff. There were all these little labels popping up around the world, trying to kind of capitalize on the beat music that was happening in L.A. It was just like, ‘what the hell, why don’t we just do this ourselves and build a home for us that we like, run by us?’”

Just like the eclectic modus operandi of its founder, Brainfeeder dabbles in hip-hop, electronica, modern jazz and a multitude of dance sub-genres from footwork to trip-hop. Paradoxically, it’s none of those things, and yet is all of them at the same time. The label has helped to bridge two distinct eras of hip-hop, from how it existed in the middle of the Noughties to the current scene dominated by the likes of Odd Future, Frank Ocean and Kendrick Lamar. It denotes a way of thinking, rather than a particular sound, a home to strange visionaries that couldn’t possibly find a home anywhere else, as well as celebrated underground darlings.

Producer and instrumentalist Thundercat, a collaborator of Kendrick Lamar on the rapper’s magnificent To Pimp A Butterfly, is arguably the most famous name on the Brainfeeder roster, though in the past the label has been a home to Kamasi Washington, releasing 2015’s breakthrough The Epic.

In 2018, the label is home to some of the most promising and talked-about talents, such as Iglooghost, Georgia Anne Muldrow, The Underachievers, Ross From Friends and Louis Cole, retaining its place at the vanguard of creativity in modern hip-hop and alternative music. In March this year, the label even release its first-ever feature film, a darkly psychedelic sci-fi thriller titled Perfect.

To mark the tenth anniversary of one of the most forward-thinking and visionary record labels of the 21st century, please enjoy our Beginner’s Guide playlist to Brainfeeder.