PLAYLIST: An Introduction to Trojan Records 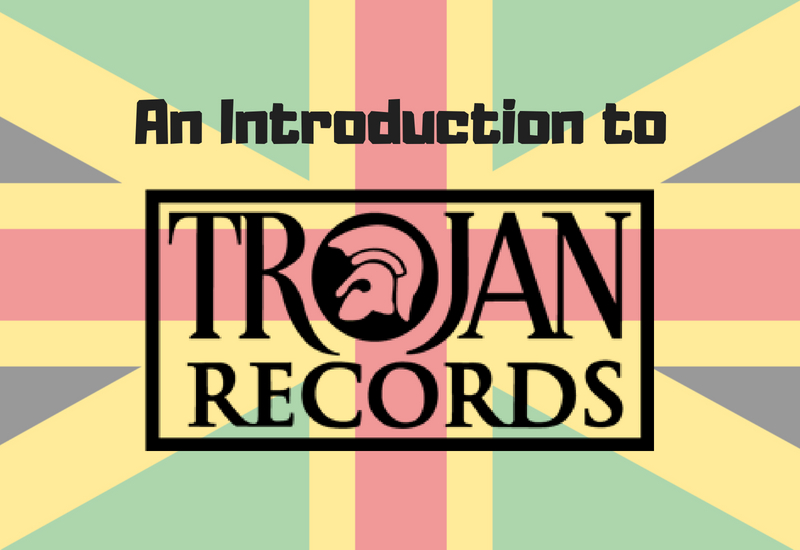 Having been established half a century ago in 1968, the story of Trojan Records is integral to one of the most vivid and fondly remembered youth subcultures in British music history.

For length purposes, and because we want to let the music do the talking, this is intended to be a very brief whistle-stop telling of how Trojan Records came about and what it meant, not an exhaustive history of the genre itself. A very concise and accurate surface-level intro can be read the ‘Jamaica’ chapter of Bob Stanley’s excellent ‘Yeah Yeah Yeah: The Story of Modern Pop’.

A musical revolution was already under way in Jamaica by 1962, just before the island’s independence, with the rough rebel music of ska, its smoother offshoot of rocksteady, the spacious beauty of reggae, and the shadowy remix culture that produced dub all evolving rapidly under the aegis of a number of musical luminaries, such as soundsystem owner Duke Reid, DJ and record producer Coxsone Dodd and the indefatigable Lee ‘Scratch’ Perry. There was considerable overlap between musicians, producers and promoters, as producers ran their own soundsystems and studios at the same time, often also appearing as MCs or ‘toasters’ on their own records (a legacy of the street-party culture that birthed the scene in the first place).

How this led to the take-off and flourishing of Trojan Records is a tale of demographics, but, importantly, also one that bears testament to the forward-thinking nature of the British record-buying public back then. The years 1955 to 1968 saw the migration of nearly a quarter of a million Jamaicans to Britain, so it’s not surprising that the same revolution in music also made itself known on the other side of the Atlantic. In purely economic terms, even though what popped up on record racks and shop windows would lag behind what was actually being made, the artists and myriad labels that Trojan licensed would sell a hell of a lot more in Britain.

Taking its name from the vehicle that transported the mobile soundsystems around Kingston, Trojan was an international endeavour. It was founded in London in 1968 when Lee Gopthal, who already operated the Musicland record retail chain and owned Beat & Commercial Records, pooled his Jamaican music interests with those of Chris Blackwell’s Island Records. Focussing its highly successful model on licensing for Jamaican music supplied by producers and labels in an impressive network of deals, Trojan Records was like a wormhole that popped up to link the sun-baked streets and yards of Kingston with the grey inner cities and suburbs of England, manifesting itself in a vast galaxy of memorable singles.

The fanbase that was drawn to Trojan’s output was, for its time, incredibly diverse. At a time when psychedelic rock was all the rage at middle-class universities and sixth-form common rooms, and also at a point when Enoch Powell made his notorious ‘rivers of blood’ speech, reggae, ska and rocksteady was accessible and had universal appeal. It attracted kids from council-housing blocks, and triggered the original skinhead movement (before the image got co-opted by football hooligans and far-right thugs) with a ‘rude boy’ fashion of Doc Martens, rolled-up jeans, Fred Perry shirts, braces and Harringtons.

Interest quickly exploded, and at the turn of ‘70s, Trojan enjoyed its peak sales levels. In order to satisfy demand for singles that often quickly sold out, they also devised a series of in-house compilations, many of them specific to sub-genres, but some of which served as brilliant party-starter compilations for newcomers, most notably the Tighten Up series.

However, Chris Blackwell’s Island had taken the reggae flame from Trojan by the time of its demise in 1975, having the incredibly successful Bob Marley & The Wailers on their roster, as well as the soundtrack for The Harder They Come. That wasn’t the end of the Trojan story, however, as record collector Colin Newman purchased the label in 1985 and made a highly successful business model out of re-issuing its vast catalogue in a number of specialised box-sets and compilations, as well as licensing the music for TV ad campaigns.

While its heyday may have been short-lived, Trojan has made a lasting impact on British music and society in general. You can see the legacy of it in the massive success of The Specials at the end of the Seventies, and the 2-Tone label’s explosion and the general ska revival around the same time. You can even see it in the young friendship gang forged in Shane Meadows’ seminal 2006 film This Is England. Most of all, it served as a portent of the modern pop globalism that would characterise the decades to come. When you hear people talking about Britain’s history of multi-culturalism, some of that dates back to memories of Trojan’s glory years of pop-reggae brilliance from 1968-1971, when working class kids from all racial backgrounds united in common love of what the label was offering.

DJ and cultural commentator Don Letts, a legendary figure of the time, argues of its legacy: “The real question is why original skinhead – and I mean black and white working-class people dancing together in the late Sixties – never seemed to grab any headlines in the way that the fights and nasty politics did much later? The bad press around skinhead has totally obscured one of the most interesting subcultures in English music.”

So, to commemorate the 50th anniversary of its foundation, here’s our beginner’s guide to Trojan Records over at Spotify.