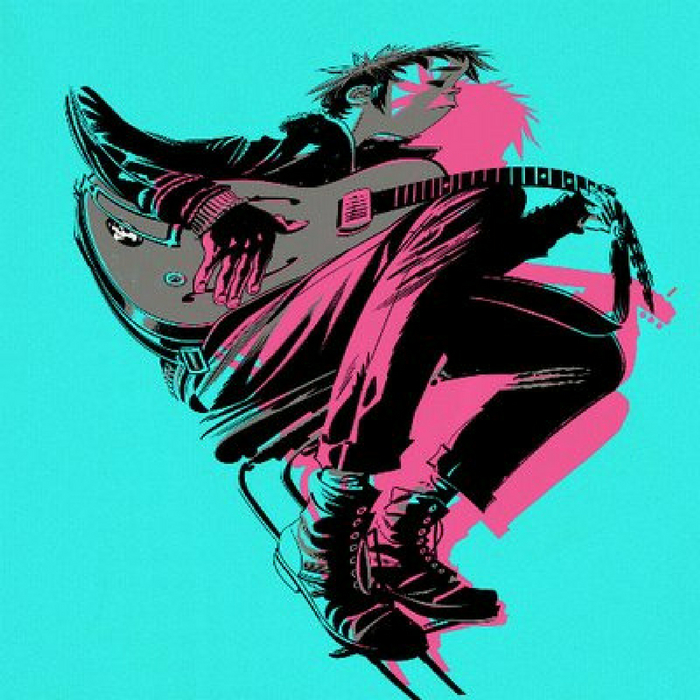 An introspective companion piece to last year’s ‘Humanz’, ‘The Now Now’ is a quiet triumph for Damon Albarn and Gorillaz but still comes nowhere near the heights of their glory years.

When Gorillaz released the seminal Plastic Beach in 2010 to critical acclaim, their first record in five years at the time, they followed it the year after with The Fall, a much less interesting record of which many are hardly aware. To all intents and purposes, it was a solo album that Damon Albarn, the man behind the Gorillaz project, had recorded nearly entirely on tour with little more than an iPad. It wasn’t dreadful, but it was entirely forgettable. In a sense, The Now Now is to Gorillaz’ 2017 album Humanz what The Fall was to Plastic Beach. Released around 13 months after its predecessor, conceptualised and mostly written on tour, a much more trimmed-down cast of guest collaborators – at first glance this appears to be The Fall updated for 2018.

But to brand it as such is unfair. Time and thought have gone into the making of The Now Now, and it appears that Albarn has listened to much of the criticism that befell his previous piece of work. While he has ditched the excessively heavy feature list, it feels like this choice has been made for reasons other than logistical ones, with Gorillaz heavily touring since the release of Humanz. The Now Now enjoys the touch of James Ford, who produced a certain little album called AM by Arctic Monkeys, so this new record sounds much cleaner and essentially more finished than The Fall did.

Albarn has turned the lack of features into a feature itself on this record, both sonically and thematically. With Murdoc the bassist out of the band and in prison (replaced by Ace from the Powerpuff Girls – yes, you read that correctly), lead singer 2D (voiced by Albarn) has become free to pursue his own musical ideology. The result is a much more positive sound, and a positive overarching theme that permeates every track on the record.

The album kicks off with ‘Humility’, a funky romp of a track that establishes the ‘80s vibe of the record that Damon Albarn is going for. As is usually the case with Gorillaz, it’s new, and it’s exciting. The opener is catchy and fun, and is a fantastic pacesetter. It sets the stage for 2D as the main focus of the album, who’s “calling the world from isolation”. It’s a very subtle Brexit reference, and hardly surprising given Albarn’s outspoken distaste for the political earthquake of 2016. It’s also about resetting and restarting, and it’s a subtle nod to lots of the criticism of Humanz. This is a brand new sound and Albarn is keen to move on from his previous projects with this instalment in the Gorillaz story.

‘Tranz’ isn’t nearly as good. It’s a fairly mediocre pop song, with an uninspired hook, and its contribution to the record is unclear. ‘Hollywood’ is one of the standout highlights on this record, and where many complained about the unnecessary amount of features on Humanz, Snoop Dogg’s verse on this song is a brilliant hark-back to the glory days of Gorillaz where most would identify them as a hip-hop outfit (songs like ‘Clint Eastwood’ and ‘Feel Good Inc’ characterised this version of the group). When it works, it makes one wish for just a couple of more features on this project. ‘Hollywood’ is a bop of a critique of Hollywood and celebrity culture, again a theme that was explored in the very early days of Gorillaz, where the slogan ‘Reject False Icons’ was slapped across posters and stickers.

The Now Now features a number of slower tracks that make more than pleasant listening. ‘Idaho’ might be the best of these, with a gorgeous hook, but in terms of exploration of themes and storytelling, two true talents of the earlier works of the Gorillaz projects, it falls a bit short, and it’s not the only one. It’s littered with songs about life on the road that don’t contribute too much to any particular narrative, and this grows dull quickly – songs like ‘Kansas’, ‘Idaho’, ‘Lake Zurich’ – all names of places in the States that Albarn likely passed through on his tour bus. ‘Lake Zurich’, however, is a joy to listen to, a fast-paced disco banger that acts as a wonderful break within the slightly more introspective tracks. It’s not groundbreaking, but it’s good. That seems to be a common theme here. ‘Magic City’ and ‘Fire Flies’ continue with the whole self-reflection vibe, and they do it well, two well-written and well-produced tracks in their own right. These are all enjoyable tracks and there doesn’t seem to be any filler on this record, something that Humanz certainly suffered from. The record closes with ‘Souk Eye’, which could be the best song on The Now Now. It’s about missing something, or someone, and being unable to distract one’s mind from it. It’s got a calmer half and a punchier and groovier half, and the juxtaposition works wonderfully to close the record.

I’m starting to come to terms with the fact that the true genius of Gorillaz has faded away. Damon Albarn is still a brilliant and multi-talented musician, and has produced a solid body of work in The Now Now. It’s very listenable, with some great tracks on it. However, Gorillaz used to be masters in storytelling and the production of narratives, creating entire worlds with a handful of music videos and tracks. It’s what makes their first three records so good, particularly 2005’s Demon Days. They all had their own stories to tell, whether it was slamming the invasion of Iraq, bringing us a mournful yet hopeful assessment of our damage to the environment, or just taking the sheer unadulterated piss out of the masturbatory world of music and celebrity that Gorillaz was born to criticise.

Still, hope is far from lost on the evidence of The Now Now, and if we get another Gorillaz album, it must be hoped that Albarn and Hewlett take their time crafting the magical worlds that they used to, considering the narrative and the story they want to tell, and produce a body of work that punches that story on the nose with every single track. On a personal note, Gorillaz used to move me and make me listen and re-listen hundreds of times for anything I might have missed, and how to interpret it – now they simply provide a good soundtrack for a train journey. Nonetheless, The Now Now is a fun listen, and it’s a slight improvement on Humanz. (7/10) (Josh Kirby)

Listen to The Now Now by Gorillaz here via Spotify, and tell us what you think below!