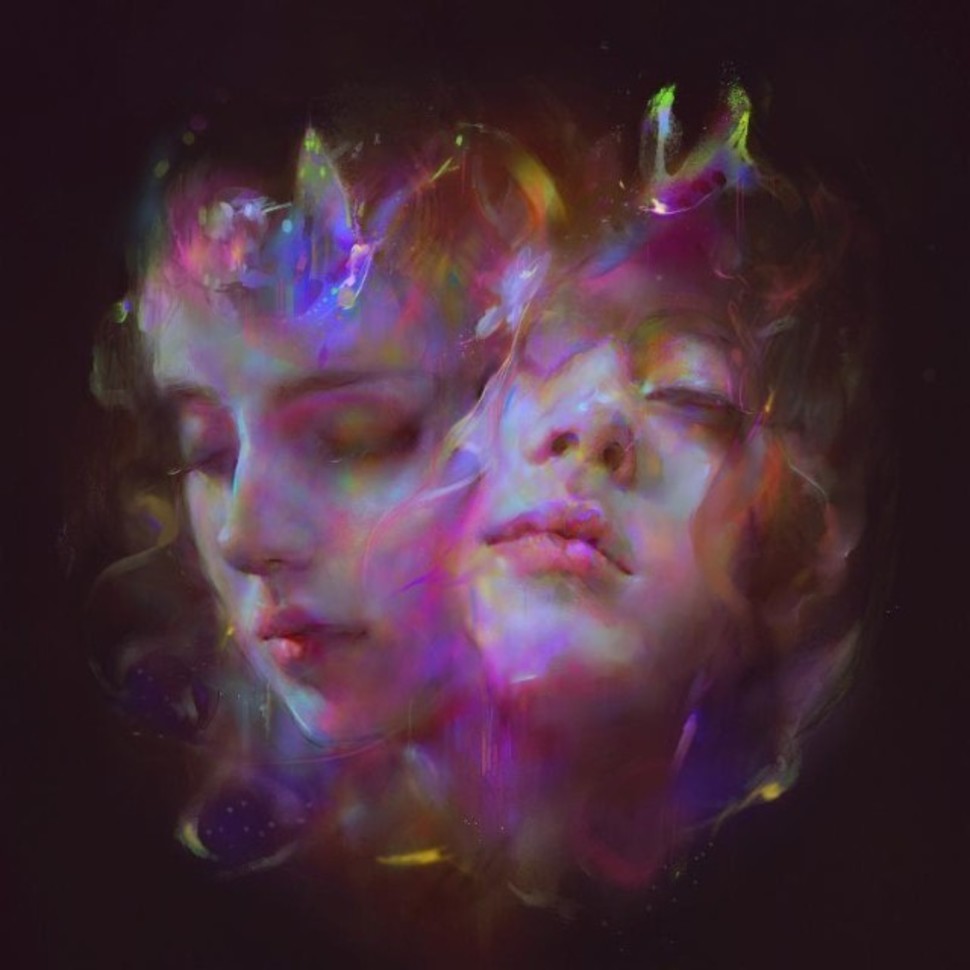 Rosa Walton and Jenny Hollingworth deliver a mature and inventive follow-up to a brilliant debut with the second Let’s Eat Grandma album ‘I’m All Ears’.

Let’s Eat Grandma is not the name of a band you’d necessarily expect two girls barely out of their teens to be behind, but since their 2016 debut release I, Gemini it has become apparent that these are no ordinary young women. So much so that it was at first assumed that Let’s Eat Grandma must be the result of some male svengali figure, but there is certainly no puppetry involved with Rosa Walton and Jenny Hollingsworth, their strange collection of songs, self-described to the NME as “experimental sludge pop”, went against the grain and at times challenged easy listening.

Now, two years later, Walton and Hollingworth spread their still young but distinct voices all over new release I’m All Ears like butter on bread. Opener ‘Whitewater’ is dramatic, its glittering sound stabbed through with sharp strings and wouldn’t be out of place in a dark sci-fi horror film. Like all teenage girls, first single ‘Hot Pink’ has an attitude. This is not initially a song that sounds like it could do damage but sounds of smashing glass, striking synths and layered glitching cut down into the song, and out bleeds brash musical elements that are warped and wild.

‘It’s Not Just Me’ calms things down a little bit, a slower pace gives this album some variety and allows you to take a breath. In comparison to the majority of songs on this album, it’s quite stripped back and more soothing, and works well to ease you into the rest of I’m All Ears. ‘Falling Into Me’ is well composed and sodden with creative, trance-like twists.

‘Missed Call (1)’ is a strange little interlude lasting only 37 seconds, sounding like a very odd take on a phone ringtone but adding more wonder to this already curious record. On the subject of strange instrumentals, there’s ‘The Cat’s Pyjamas’, with its light-hearted organ sound that would never hold up in church but works greatly on this album.

‘Cool & Collected’ is, like quite a lot of songs on this album, gentle but not without its surprises, and although it lasts a whole nine minutes the occasional spike of a raised voice or instrumental stab keeps you completely awake. An excellent foundation for ‘Donnie Darko’ to be built on, playing out for over 11 minutes, originating with long stretches of placid vocals, soft beats and nifty guitar melodies which eventually is taken over by synths and sparkling arpeggiated jingles. ‘Ava’ holds a lot of beauty, in a similar way to but more so than ‘It’s Not Just Me’. It takes a step back from bold, experimental noises and just lets you rest, a sweet narrative with a lovely ballad feel.

I’m All Ears is highly original and, although it does embody styles you would expect from this act, it’s a big step up from its predecessor. This album has direction and personality, and shows the growth of Walton and Hollingworth as artists considering they were already very young when I, Gemini was born. Upon first listen, it might be difficult to stick with if you weren’t already aware of the dizzying variance in stylings of Let’s Eat Grandma, but this record has elements that are hard to ignore and make you want to revisit, even just to try and make sense of what you are hearing. I’m All Ears is a fascinating listen and really opens up a view to the imagination and creativity of young minds. (8/10) (Rebecca Corbett)

Listen to I’m All Ears by Let’s Eat Grandma here via Spotify, and tell us what you think below!