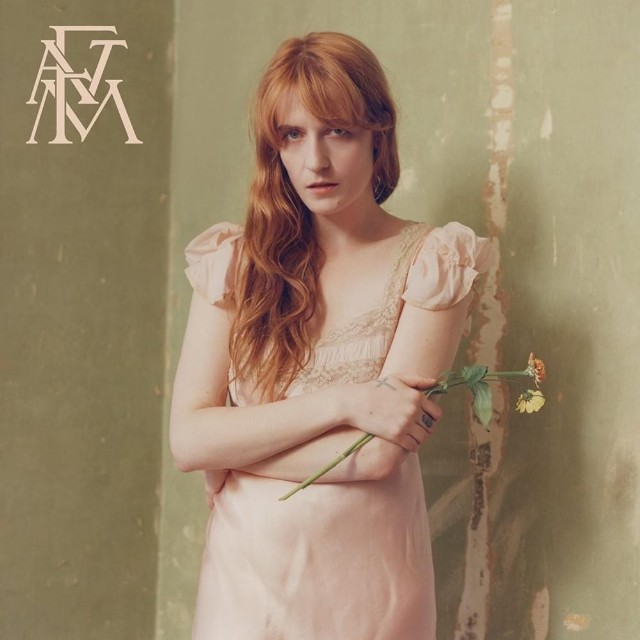 Florence Welch’s fourth Florence And The Machine album ‘High As Hope’ is a more mature and grounded experience than her previous efforts, but no less enjoyable.

Known for her torrential stage presence and voice full of unbridled force, Florence Welch of Florence And The Machine has been an icon as the Wild Ethereal Siren of Art Pop, releasing album after album of anthemic, seismic and whimsical yet macabre songs that appeal to both middle-aged connoisseurs of ‘real music’ and ‘real talent’ and the modern mainstream of indie kids. Humorously named part of the Holy Circle of current art-pop (consisting of Lana Del Rey, Marina & The Diamonds, FKA twigs and Charli XCX), their take on pop is typically a stylistic blend of genres with a generous helping of elemental, religious, literary and Helenic imagery. The sweeping string, brass and harp arrangements of classical music, the drive and force of rock and accessibility of pop are all stirred in the grand force that is Florence And The Machine’s sound.

With her fourth, surprisingly grounded album High As Hope, we find Florence grasping for calm and forgiveness. Spun together with a handful of notable collaborators such as the modern jazz giant Kamasi Washington, producer Jamie xx and Mercury prize winner Sampha, High As Hope is yet another excellent Florence And The Machine record. If not eccentric in sound, it’s a truthful and stabilising effort by one of the greatest voices of our time.

The almost pastoral plea “Hold on to each other” on the opener ‘June’ sets the pace as themes of affection and search for love in all the wrong places hold High As Hope together. It’s a slow climber that dips the listener into the grounding yet light experience that’s High As Hope – it packs both grandiose drums and FATM’s signature ethereal backing vocals. One of the album’s ‘bangers’ (read: songs that will whip the arenas that Florence And The Machine fills with crazed, glitter-covered fans into a frenzy) ‘Hunger’ follows and ups the ante with its personal lyrics and genius songwriting – every single line asks to be sung along to, while the melody settles on the tongue for long after the song has ended. “At seventeen, I started to starve myself / I thought that love was a kind of emptiness / And at least I understood then the hunger I felt / And I didn’t have to call it loneliness” sings Florence, speaking out about her past struggles with eating disorders and the universal human barter for love and acceptance. Here, we also find the first mentions of Welch’s struggle with the kind of transcendental high achieved by performing on stage that’d impede her ability to ground herself in everyday life between recording and touring, as she’s mentioned in several interviews, recollected on the third FATM album How Big, How Blue, How Beautiful and sings about in the closer ‘No Choir’.

The soft, hazy sounding ‘South London Forever’ finds Welch reminiscing about her reckless college years and Peckham, both an ode for careless youth and an ode for South London. ‘Big God’, the third and last single released before High As Hope came out in full, is a standout in its dark, witchy sound, punch and collaborative efforts. Co-written with Jamie xx and adorned with Kamasi Washington’s saxophone, it’s a commentary on the modern phenomenon called ‘ghosting’ as well as a sultry stare-down with oneself, laden with religious imagery about “obviously, an unfillable hole in the soul”. ‘Grace’ delivers a heart-warming sisterly love confession as an apology directed towards Welch’s younger sister Grace. It’s accompanied by gorgeously nostalgic piano that screams ‘Sampha’, as he is yet another notable collaborator on the album and track itself.

‘Patricia’ likens Patti Smith to Florence Welch’s North Star and is yet to become a live performance fan favourite with its heavy drums and a chorus that Welch is doomed to belt out to the best of her ability as she wildly twirls and bounces on stage, embodying a force of nature. ‘No Choir’ is a peculiar closer about the reality of creativity, loneliness and quiet, atypical for FATM songs, as Welch sings “And there will be no grand choirs to sing / No chorus will come in / No ballad will be written / This will be entirely forgotten”. It’s subtle and intimate, a moment of surprising calm after yet another Florence album that stirs with extremities and emotion, only this time it’s about yearning for that harmony and happy middle between the ups and downs of life.

High As Hope, with all its grandeur and anthemic choruses, somehow still feels like a little moment of calm in the Florence And The Machine discography. Its touch of the subtle and deeply personal makes it stand out from the rest of her catalogue, and shows a softer, calmer version of Welch – the Siren is trying to settle down on the ground and is no longer seeking the great peaks. The collaborations add a touch of something different and new, and saves High As Hope from sounding too uniform, even if greater stylistic development would be appreciated. (8/10) (Aiste Samuchovaite)

Listen to High As Hope by Florence And The Machine here via Spotify, and tell us what you think below!