REVIEW: Florence + The Machine – ‘How Big, How Blue, How Beautiful’ (Island) 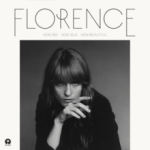 Front cover of ‘How Big, How Blue, How Beautiful’

Florence + The Machine was probably the last seriously big pop act to emerge from the noughties, the bracing and physical voice and the startling, gothic imagery of Florence Welch’s songs propelling her 2009 debut Lungs and its 2011 successor Ceremonials to platinum-selling status on both sides of the Atlantic. For her third album How Big, How Blue, How Beautiful, Welch parts ways with James Ford and Paul Epworth who produced the first two and brings in Markus Dravs, who aside from producing some of the biggest sounding guitar music of the last five years (Arcade Fire, Mumford & Sons, Coldplay, The Maccabees) was one of the boffins behind Björk’s futuristic 1998 album Homogenic, long cited by Welch as one of her key inspirations. Florence herself has said that Dravs’ techniques have led to a rather different, more “stripped down” experience, particularly as he banned her from writing any more songs about water.

However, on first impressions, this doesn’t appear to be true: the album opens with the trebly back-to-back blasts of ‘Ship To Wreck’ (more maritime metaphors!) and the rock riffing of ‘What Kind Of Man’. But as HB3 wears on, what we get is subtly different rendering of Florence, an artist who now seeks to cut through the sonic edifices of her music with direct, poignant lyrics rather than let herself get carried away through flights of fantasy. Dravs, with his particular fondness for brass, expertly brings out the melodrama inherent in her style with his grainy production, while making the music generally more soulful and restrained than before.

Those first two tracks might have fitted on to either of her first two albums, being some pretty standard Florence pop set-pieces. Then we get the genuinely brilliant title track, starting with barely a whisper, building up in layers of multi-tracked vocals and trumpets before it achieves escape velocity and burns out in outer space. Nothing else quite matches the structural ambition of this track, but this isn’t a problem as Florence usually aces the pop tracks, like the straightforward stomping propulsion of ‘Queen Of Peace’ or the extremely catchy ‘Delilah’ as she sings temptingly “it’s a different kind of danger… never knew I was a dancer”. ‘Third Eye’ manages to be dramatic and compelling without being completely full-blooded in its delivery, and it’s this change in dynamic that makes How Big, How Blue, How Beautiful a worthwhile exercise.

We get the first glimpse of the much-vaunted “stripped down” sound on ‘Various Storms & Saints’. Florence’s voice is hardly quiet, but Dravs achieves the intimacy with beautiful electric guitar reverb a backdrop of gentle strings. In this way, she communicates emotional turmoil without resorting to massive productions, and it’s one of the best things she’s ever written. The same effect is achieved on the harmonium-led ‘St. Jude’ and the piano torch ballad ‘Caught’. On the latter, she sings “it was the hardest thing I ever had to do / to try and keep from calling you” with diary-like frankness, and it’s with these sorts of lyrics where HB3 is most different from its predecessors.

Gone are the fantastic preoccupations with water and death, replaced by first-person perspectives and a constant tension between confidence and doubt. On ‘Queen Of Peace’, she pleads “is this what you want? You’re driving me away!”, one of the most chest-beating moments, and on the title track she tenderly wonders “maybe I’ll see you in another life / it this one wasn’t enough”. The haunting closer ‘Mother’ rounds off a consistently dramatic collection, with lyrics that capture this new iteration of Florence (“the love I let in, it left me so lost”) but also slyly winking at the old version that dealt entirely in metaphor (“no use wishing on the water / it grants you no relief”).

If Welch was looking to make a more intimate emotional connection than on her previous albums, she’s not succeeded terribly well in terms of the actual volume on display. For all the talk of a ‘stripped down’ album, a mere four of the eleven tracks could possibly fit that description, and only one of these really sees her dial down her signature vocal style. But this would be a surface level analysis. True intimacy is not question of histrionics (or lack thereof), it’s about whether the artist is telling you something about him or herself. And this is what we get: a more direct album, consisting of Dravs’ rawer production values combined with Welch’s trademark vocal dynamics covering an even greater range than before. Crucially, it’s enjoyably over-the-top as always, and the songs’ structures and hooks are more than strong enough to support the weight of everything piled on top of them. (8/10)

Listen to How Big, How Blue, How Beautiful here!